The governing body is the Turkish Rugby Federation. Federation became unique body for rugby in 2011 and has been accepted to FIRA-AER in July, 2012. It is a growing and respected sport.

Some of the earliest rugby games played in Turkey were between ANZACs and British troops serving in the Dardanelles Campaign during World War I. [1] In a letter to Harold Austin, the Manly rugby club secretary, Tom Richards said that rugby was "a splendid break in the irksome routine of military life, which dulls one's wits and brings on a state of general carelessness". [1]

The eight "old" Rugby clubs in Turkey are the Istanbul Ottomans, Metu Rugby, Kadikoy, Girne Pumas, Saint Benoit, Saint Joseph Istanbul, Saint Joseph Izmir, IRC and Koc School. [2] For many years, apart from playing the odd game against a Greek team, or from Northern Cyprus there was little outside contact. [2]

The game is undergoing development by the efforts on senior level of the clubs such as Rugby Union, Metu Rugby previous champion, Istanbul Ottomans, Kadikoy rugby and samsun rugby. Those teams are working hard to encourage the sport to be known, loved, and played nationwide. With the progress and the determination of the clubs, a Turkish national rugby union team is expected to emerge in the near future. A new Rugby Club has also recently been established in the Aegean resort town of Kusadasi and are called the Kusadasi Eagles. The Eagles host a tournament each year in Kusadasi open to Turkish and overseas clubs.

Niall Doherty (Ireland) in the Technical Director and Head Coach for Turkey.

The Pumas were founded in October 2003 and have developed into one of the most respected teams competing in the Turkish league with matches being played against the Istanbul Ottomans, Metu Rugby, Samsun, Kadikoy, Bakirkoy. They have regular test matches with teams from the UN and recently played host to Worcester Rugby Club who enjoyed their tour of Northern Cyprus. 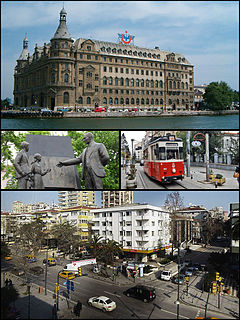 Kadıköy, is a large, populous, and cosmopolitan district in the Asian side of Istanbul, Turkey, on the northern shore of the Sea of Marmara, facing the historic city centre on the European side of the Bosporus. Kadıköy is also the name of the most prominent neighbourhood of the district, a residential and commercial area that, with its numerous bars, cinemas and bookshops, is the cultural centre of the Anatolian side of Istanbul. Kadıköy became a district in 1928 when it was separated from Üsküdar district. The neighbourhoods of İçerenköy, Bostancı and Suadiye were also separated from the district of Kartal in the same year, and eventually joined the newly formed district of Kadıköy. Its neighbouring districts are Üsküdar to the northwest, Ataşehir to the northeast, Maltepe to the southeast, and Kartal beyond Maltepe. The population of Kadıköy district, according to the 2007 census, is 509,282.

Bakırköy is a neighbourhood, municipality and district on the European side of Istanbul, Turkey. The quarter is densely populated, has a residential character and is inhabited by an upper middle class population. The municipality of Bakırköy is much larger than the quarter and also includes several other neighbourhoods, such as Yeşilköy, Yeşilyurt, Ataköy. Bakırköy lies between the D.100 highway and the coast of the Sea of Marmara. Bakırköy has a large psychiatric hospital called "Bakırköy Ruh ve Sinir Hastalıkları Hastanesi", and is an important shopping and commercial center.

Rugby union in Iran is a growing sport.

Kadıköy Rugby was founded by the joint efforts of a group of fellow students from Uskudar Anadolu Lisesi and ex-İstanbul Ottomans rugby player Mert Ataray in early 2006. The establishment of the team quickly drew attention of the lively, hot blooded youth of Kadıköy district and soon settled itself as the future of Turkish rugby. Kadıköy is well known to be symbolized with its bull icon standing in the district square, which was more than suitable to identify the spirit of the team, and the asperity of the rugby sport itself, and quickly became an inspiration to the club's emblem and nickname.

İstanbul Ottomans R.F.C is a professional rugby union club based in Istanbul, Turkey. Founded in 1999 by mostly French and English rugby lovers working and living in İstanbul, the Ottomans were the first rugby club to be established in the country, and, until 2006, the only chapter in the history of Turkish rugby prior to the foundation of Turkey's second rugby club, Kadıköy Rugby. 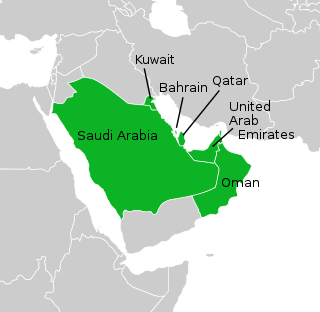 Rugby union in the Arabian Peninsula is a minor, but growing sport. The game is played in six out of seven countries on the peninsula, specifically the Gulf Cooperation states of Bahrain, Kuwait, Oman, Qatar, Saudi Arabia, and the United Arab Emirates. The region hosts the annual Dubai Sevens and Dubai Women's Sevens tournaments which are global events on the World Rugby sevens series for men and women.

The Turkey national rugby union team is a relatively recent creation, being started at the end of 2009. Turkey is currently a third-tier side. The team first played in 2012 against Slovakia and won 31-5 in Bratislava. On tour, they also defeated Estonia 49-5 in Tallinn. Turkey has yet to play in the qualifying stages for the Rugby World Cup finals.