Last updated June 09, 2021
Not to be confused with Council for Science and Technology.

It is a membership organisation for learned and professional bodies across science and its applications and works with them to represent this sector to government and others. Together, the member organisations represent over 350,000 scientists.

The Science Council promotes the profession of science and scientists through the Chartered Scientist (CSci), [1] Registered Scientist (RSci), Registered Science Technician (RSciTech) and Chartered Science Teacher (CSciTech) designations and the development of codes of practice; it promotes awareness of the contribution of professional scientists to science and society and advances science education and increased understanding of the benefits of science.

The Science Council provides a forum for discussion and exchange of views and works to foster collaboration between member organisations and the wider science, technology, engineering, mathematics and medical communities to enable inter-disciplinary contributions to science policy and the application of science.

In November 2008 the Science Council launched Future Morph, [2] a website aimed at providing children, parents, teachers and the general public with information about science and how it might help in future careers.

The Science Council’s charitable purpose as stated in its Royal Charter is “to promote the advancement and dissemination of knowledge of and education in science, pure and applied, for the public benefit.” [3]

To fulfil this purpose, the Science Council advances professionalism in science through the professional registration of scientists and technicians who meet a high professional standard and competence and follow an established code of conduct.

The Science Council’s Royal Charter also defines its role as an umbrella organisation, providing a forum to connect members for discussion and information exchange. This supports our members in furthering their own commitment to advance science for the public’s benefit.

The Science Council provides member bodies with a forum to raise standards through sharing practice and knowledge, and to hold each other to account through a peer-review approach. A successful example of this approach is the recent Diversity, Equality and Inclusion programme of work.

To become a member of the Science Council your organisation must:

The Institute of Physics (IOP) is a UK-based learned society and professional body that works to advance physics education, research and application. 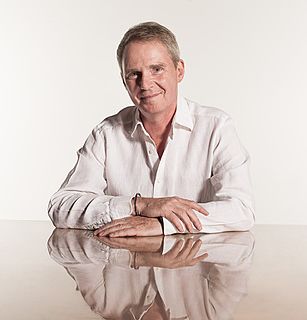 BCS, The Chartered Institute for IT, formerly known as the British Computer Society until 2009, is a professional body and a learned society that represents those working in information technology (IT) and computer science, both in the United Kingdom and internationally. Founded in 1956, BCS has played an important role in educating and nurturing IT professionals, computer scientists, computer engineers, upholding the profession, accrediting chartered IT professional status, and creating a global community active in promoting and furthering the field and practice of computing. 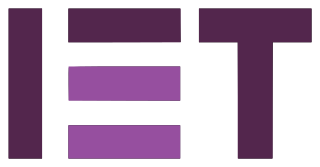 Chartered Scientist (CSci) is a professional qualification in the United Kingdom that is awarded by the Science Council through its Licensed member organisations. Holders of this qualification can use the post-nominal letters CSci.

The Institute of Materials, Minerals and Mining (IOM3) is a UK engineering institution whose activities encompass the whole materials cycle, from exploration and extraction, through characterisation, processing, forming, finishing and application, to product recycling and land reuse. It exists to promote and develop all aspects of materials science and engineering, geology, mining and associated technologies, mineral and petroleum engineering and extraction metallurgy, as a leading authority in the worldwide materials and mining community.

The Royal Society of Biology (RSB), previously called the Society of Biology, is a learned society and professional association in the United Kingdom created to advance the interests of biology in academia, industry, education, and research. Formed in 2009 by the merger of the Biosciences Federation and the Institute of Biology, the society has around 18,000 individual members, and more than 100 member organisations. In addition to engaging the public on matters related to the life sciences, the society seeks to develop the profession and to guide the development of related policies.

Institute of Food Science & Technology is an independent qualifying body for food professionals based in the UK and is concerned with all aspects of food science and technology.

Registered Science Technician (RSciTech) is a professional qualification for science technicians that was introduced in 2011 alongside Registered Scientist as an extension to the UK Science Council's existing professional register for Chartered Scientists. the Registered Science Technician (RSciTech) was developed with the support of the Gatsby Charitable Foundation, with the aim of increasing the professionalism and recognition of those working in technical roles in science. Holders of this qualification can use the post-nominal letters RSciTech. Registration as RSciTech has been encouraged by institutions such as Imperial College London, and the UK Government's Science manufacturing technician and Laboratory technician apprenticeship standards are designed to lead to registration as an RSciTech.

The Institute of Water is the main professional association for the water industry in the UK.

Science technician is a profession involving working as a member of support staff in any science disciplines. The Science Council defines a technician as “a person who is skilled in the use of particular techniques and procedures to solve practical problems, often in ways that require considerable ingenuity and creativity. Technicians typically work with complex instruments and equipment, and require specialised training, as well as considerable practical experience, in order to do their job effectively”.