The Defence Science and Technology Laboratory (Dstl) is an executive agency of the Ministry of Defence of the United Kingdom. Its stated purpose is "to maximise the impact of science and technology for the defence and security of the UK". [2] The agency is headed by Doug Umbers as its (interim) Chief Executive, [3] with the board being chaired by Adrian Belton. [4] Ministerial responsibility lies with the Minister for Defence Procurement.

Dstl was formed from the July 2001 split of the Defence Evaluation and Research Agency (DERA). Dstl was established to carry out and retain the science and technology work that is best done within government, [5] while work that could be done by industry (forming the majority of DERA's activities) was transferred to Qinetiq, a government-owned company that was later floated on the stock exchange.

Dstl was a trading fund of the MOD from its formation until 2016, when it became an executive agency of the MOD.

Most of Dstl's funding comes from the MOD, while a small portion comes from other government departments and commercial sources. In 2016/17, 91% of Dstl's £587m income came from the MOD. [8]

In April 2015, Dstl completed a major reorganisation, merging twelve operating departments into five divisions. The motivation behind this change was to enable more coherent and productive delivery to customers and simplify access routes for suppliers. [9]

Dstl carries out a broad range of work from high-level analysis to support Ministry of Defence policy and procurement decisions, to technical research in defence areas such as biomedical science and electronics, alongside operational work such as forensic analysis of explosives [18] and providing paid volunteer scientists to Iraq and Afghanistan to provide rapid scientific advice to British forces. It has done work for around 40 government departments and agencies including the Home Office and Department for Transport. [19] It undertakes research with both industry and academia to achieve its role. [20]

Following a review and consultation process initiated by MOD's Chief Scientific Advisor (CSA), it became responsible for the formulation and commission of MOD's non-nuclear research programme from 1 April 2010, under the responsibility of the Dstl Programme Office. [21] [22] Within the Programme Office were 16 domains [23] with some established as Science and Technology Centres, including Armour and Protection, Cyber and Influence, Counter Terrorism, and CBR (Chemical, Biological and Radiological). [24] These centres fund research via the Centre for Defence Enterprise, [25] also part of the Programme Office. [26]

Within the Strategic Defence and Security Review 2015 was a proposal to create "a government-backed service designed to help small and medium-sized businesses bring new ideas to market more quickly". [28] In 2016, it was announced by Defence Secretary Michael Fallon that this 'Defence and Security Accelerator' [29] would have access to an £800m innovation fund and build on the 'Centre for Defence Enterprise' model, operating within Dstl. [30]

In March 2020, scientists from Dstl began supporting Public Health England to better understand COVID-19 during the COVID-19 pandemic in the United Kingdom. [33] By January 2021, around 300 scientists were said to be involved with COVID-19 support. [34]

The functions of the two former CAST sites – Sandridge and Langhurst – will be transferred to Dstl's core sites of Porton Down and Portsdown West by 2020. [40]

Sections of 150-millimetre-thick (5.9 in) pre-atomic steel plate uncontaminated with radionuclides, recovered from HMS Vanguard, were used for the shielding of the whole body monitor at the Radiobiological Research Laboratory (now Dstl) at Alverstoke, Gosport, Hampshire. [41] 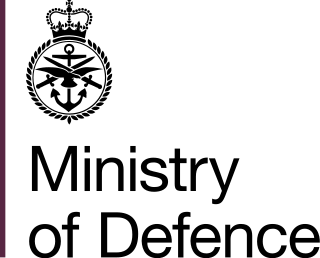 The Royal Signals and Radar Establishment (RSRE) was a scientific research establishment within the Ministry of Defence (MoD) of the United Kingdom. It was located primarily at Malvern in Worcestershire, England. The RSRE motto was Ubique Sentio. 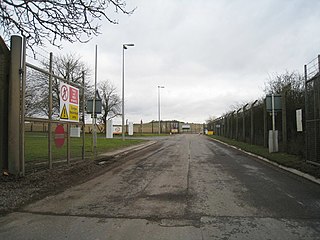 Porton Down is a science park in Wiltshire, England, just northeast of the village of Porton, near Salisbury. It is home to two British government facilities: a site of the Ministry of Defence's Defence Science and Technology Laboratory (Dstl) – known for over 100 years as one of the UK's most secretive and controversial military research facilities, occupying 7,000 acres (2,800 ha) – and a site of Public Health England. It is also home to other private and commercial science organisations, and is expanding to attract other companies.

The Defence Evaluation and Research Agency (DERA) was a part of the UK Ministry of Defence (MoD) between 1995 and 2 July 2001. At the time it was the United Kingdom's largest science and technology organisation. It was regarded by its official history as 'a jewel in the crown' of both government and industry.

Qinetiq is a British multinational defence technology company headquartered in Farnborough, Hampshire, England. It is the world's 52nd-largest defence contractor measured by 2011 defence revenues, and the sixth-largest based in the United Kingdom. 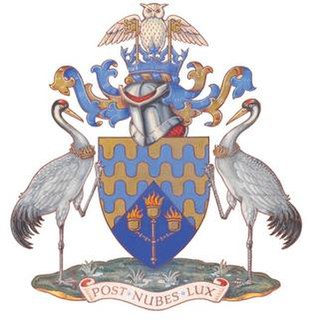 Cranfield University is a British postgraduate public research university specialising in science, engineering, design, technology and management. Cranfield was founded as the College of Aeronautics (CoA) in 1946. Through the 1950s and 1960s, the development of aircraft research led to growth and diversification into other areas such as manufacturing and management, and in 1967, to the founding of the Cranfield School of Management. In 1969, the College of Aeronautics was renamed the Cranfield Institute of Technology, was incorporated by royal charter, gained degree awarding powers, and became a university. In 1993, it adopted its current name.

A ploughshare or plowshare is a component of a plough or plow.

Fort Halstead is a research site of Dstl, an executive agency of the UK Ministry of Defence. It is situated on the crest of the Kentish North Downs, overlooking the town of Sevenoaks, southeast of London. Originally constructed in 1892 as part of a ring of fortresses around London, Fort Halstead was to be staffed by volunteers in the event of a crisis. 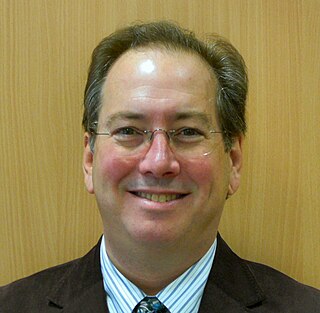 Professor Michael Raymond Mainelli MStJ, Chairman of Z/Yen, serves as a Sheriff of the City of London for 2019–2021.

P2i is a nanotechnology development company that works with manufacturers to produce liquid repellent nano-coating protection to products for the electronics, lifestyle, life sciences, filtration and Energy, and military and institutional sectors.

The United Kingdom Space Agency (UKSA) is an executive agency of the Government of the United Kingdom, responsible for the United Kingdom's civil space programme. It was established on 1 April 2010 to replace the British National Space Centre (BNSC) and took over responsibility for government policy and key budgets for space exploration; it represents the United Kingdom in all negotiations on space matters. The Agency "[brings] together all UK civil space activities under one single management". It is based at the former BNSC headquarters in Swindon, Wiltshire.

The Military Vehicles and Engineering Establishment (MVEE) was a British defence research unit on Chobham Lane, Chertsey in Surrey. It was responsible for many innovations in armoured vehicle design, including ceramic Chobham armour.

Nexor Limited is a privately held company based in Nottingham, providing product and services to safeguard government, defence and critical national infrastructure computer systems. It was originally known as X-Tel Services Limited.

Dame Frances Carolyn Saunders is a British scientist and former civil servant. She was the chief executive of Dstl between August 2007 and March 2012. Prior to this Saunders was a policy officer at the Office of Science and Technology and research scientist into liquid crystal devices at the Royal Signals and Radar Establishment. Saunders was the president of the Institute of Physics from 2013 to 2015.

Jonathan Henry Lyle CB is a British engineer and former senior civil servant. He served as chief executive of Dstl between March 2012 and September 2017.

Penelope (Penny) Endersby is a British researcher and academic specialising in armour and explosives. She was appointed chief executive of the Met Office in December 2018. Prior to that, she led cyber and information systems at the Defence Science and Technology Laboratory.