The British Mass Spectrometry Society is a registered charity founded in 1964 that encourages participation in every aspect of mass spectrometry. [1] It aims to encourage participation in all aspects of mass spectrometry on the widest basis, to promote knowledge and advancement in the field and to provide a forum for the exchange of views and information. It is committed to ensuring equal opportunities and reflecting the diversity of the society as a whole. The first foundations of the BMSS were laid in 1949 with the establishment of the Mass Spectrometry Panel by the Hydrocarbon Research Group.

The society's annual meeting is held in the first week of September in locations throughout the United Kingdom.

In 2015, the Society announced they would be funding 6-10 summer studentship projects. [2]

In 1987 the society announce the establishment of the Aston Medal to be awarded to “individuals deserving special recognition by reason of their outstanding contributions to knowledge in the biological, chemical, engineering, mathematical, medical, or physical sciences relating directly to mass spectrometry”. In 2002 the BMSS Medal was established by the society “to recognise sustained contributions by individual members of the British Mass Spectrometry Society to the development of mass spectrometry, primarily within the UK.” [3]

Recipients of the BMSS medal are:

Grenville Turner is a research professor at the University of Manchester. He is one of the pioneers of cosmochemistry. 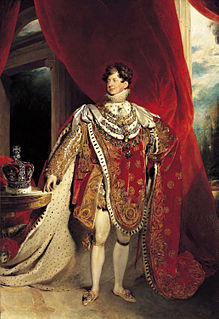 The Royal Medal, also known as The Queen's Medal and The King's Medal, is a silver-gilt medal, of which three are awarded each year by the Royal Society, two for "the most important contributions to the advancement of natural knowledge" and one for "distinguished contributions in the applied sciences", done within the Commonwealth of Nations. 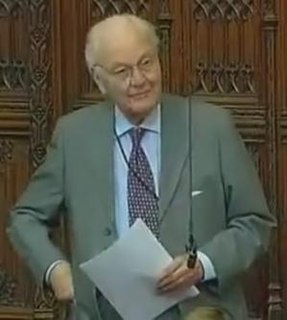 Sydney Goldstein FRS was a British mathematician noted for his contribution to fluid dynamics. He is described as: "... one of those who most influenced progress in fluid dynamics during the 20th century."

Robert Graham Cooks is the Henry Bohn Hass Distinguished Professor of Chemistry in the Aston Laboratory of Mass Spectrometry at Purdue University. He is an ISI Highly Cited Chemist, with over 1,000 publications and an H-index of 134.

Scott A. McLuckey is an American chemist, the John A. Leighty Distinguished Professor of Chemistry at Purdue University. His research concerns the formation of ionized versions of large biomolecules, mass spectrometry of these ions, and ion-ion reactions.

Anne Dell is an Australian biochemist specialising in the study of glycomics and the carbohydrate structures that modify proteins. Anne's work could be used to figure out how pathogens such as HIV are able to evade termination by the immune system which could be applied toward understanding how this occurs in fetuses. Her research has also led to the development of higher sensitivity mass spectroscopy techniques which have allowed for the better studying of the structure of carbohydrates. Anne also established GlycoTRIC at Imperial College London, a research center that allows for glycobiology to be better understood in biomedical applications. She is currently Professor of Carbohydrate Biochemistry and Head of the Department of Life Sciences at Imperial College London. Dell's other contributions to the study of Glycobiology are the additions she has made to the textbook "Essentials of Glycobiology" Dell was appointed Commander of the Order of the British Empire (CBE) in the 2009 Birthday Honours.

Geoffrey Eglinton, FRS was a British chemist and emeritus professor and senior research fellow in earth sciences at the University of Bristol.

Sir Alexander Norman Halliday is a British geochemist and academic who is Director of the Earth Institute at Columbia University. He joined the Earth Institute in April 2018, after spending more than a decade at the Department of Earth Sciences at the University of Oxford, during which time he was dean of science and engineering. He is also a Professor of Earth and Environmental Sciences at Columbia University.

The Aston Medal is awarded by the British Mass Spectrometry Society to individuals who have worked in the United Kingdom and have made outstanding contributions to our understanding of the biological, chemical, engineering, mathematical, medical, or physical sciences relating directly to mass spectrometry. The medal is named after one of Britain's founders of mass spectrometry and 1922 Nobel prize winner Francis William Aston.

John H. Beynon FRS was a Welsh chemist and physicist known for his work in mass spectrometry. 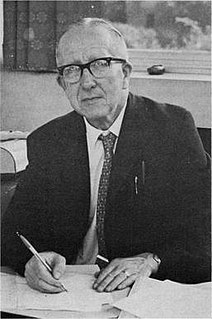 Ronald Stanley Illingworth FRCP was a British born Yorkshireman and a paediatrician of renown. He was also a prolific writer, who wrote some 600 articles and at least 21 books, which were exceedingly popular and sold in large quantities. Illingworth was principally known for being largely responsible for introducing the science and practice of paediatricians to the UK in the early to mid-1940s.

Anita Thapar is a Welsh child psychiatrist who is Professor of Child and Adolescent Psychiatry in the Institute of Psychological Medicine and Clinical Neuroscience at Cardiff University. Her research focuses on risk factors for ADHD and major depression in children. She was elected a fellow of the Royal College of Psychiatrists in 1995, and of the Academy of Medical Sciences and Learned Society of Wales in 2011. In 2017, she received the Frances Hoggan Medal from the Learned Society of Wales and was named a Commander of the Order of the British Empire (CBE), both in recognition of her research in child and adolescent psychiatry.

A. Gareth Brenton FLSW. is a Welsh physicist and chemist known for his work in mass spectrometry.

David Edgar Games was a Welsh chemist best known for his work in mass spectromerty and chromatography.