Scroll.in, simply referred to as Scroll, [1] is an Indian Hindi and English language digital news publication owned by the Scroll Media Incorporation. [2] Founded in 2014, the website and its journalists have won several national and international awards including four Ramnath Goenka Excellence in Journalism Awards and the CPJ International Press Freedom Awards.

The Hindi Language edition of Scroll.in is published on the Satyagrah website which was acquired following the merger of Satyagrah and Scroll Media Incorporation. [3] [4]

Samir Patil, an Massachusetts Institute of Technology alumnus and McKinsey & Company associate was the founder of ACK Media which published Amar Chitra Katha and Tinkle in India. [4] In 2011, he sold the venture to the Future Group and founded the Scroll Media Inc in the following year. [2] The company was incorporated in Delaware, United States. [5]

Scroll.in was launched in January 2014 [6] as an Indian news website through the holding company of Scroll Media Incorporation. [5] It was founded by Samir Patil and senior journalist Naresh Fernandes, along with Jennifer O'Brien, the former head of business development at the travel startup Trabblr. [4] Naresh Fernandes who was previously the editor-in-chief of Time Out India and a journalist associated with The Times of India and The Wall Street Journal , [7] became the editor-in-chief of Scroll.in. [8] The publication had received early stage investments from the IPS Media Foundation, [8] the Media Development Investment Fund and the investment firm of Omidyar Network, following an endorsement from the law firm Khaitan & Co. [2] [9]

In June 2014, Atlantic Media partnered with the Scroll Media Inc to launch the Indian edition of the business news brand Quartz. [10] [6] In the following year, the Hindi media publishing company Satyagrah was merged with Scroll Media and became the Hindi edition of Scroll.in which continues to operate under the name of Satyagrah. [4] Sanjay Dubey who was the founder and editor of Satyagrah and previously the editor of Tehelka's Hindi edition, remained as the editor of Satyagrah. [3] In March 2018, the publication partially shifted towards a subscription business model providing ad free delivery of news service and access to archives for subscribers. Naresh Fernandes, the editor-in-chief however stated that the publication will not implement any paywalls. [11] [12]

In December 2018, Deutsche Welle partnered with Scroll.in to launch its Indian weekly programme, Eco India as part of DW's venture into the South Asian media industry. [13] Between May–June 2019, Scroll.in laid off a number of editorial staff citing a restructuring of the business model. [12]

The Scroll's staff are segregated into two divisions; the editorial team and the distribution team. [1] In an article of the Columbia Journalism Review, the segregation was explained as the result of caution associated with the "credibility of digital media" prevalent among the former print medium journalists who constituted the editorial team of the new publication. The editorial team in addition consists of an appointed ombudsman for additional editorial oversight. Naresh Fernandes is the current editor-in-chief of the website. [8] The Hindi edition of the publication, Satyagrah has a separate editorial team with Sanjay Dubey as the editor-in-chief. [3]

According to a report of the Reuters Institute for the Study of Journalism, the content delivery of the Scroll.in resembles that of a news wire in combination with in-depth reporting and commentary pieces; the site was described to be elite oriented and compared with the Quartz (publication). Per the report, the publication's content is targeted towards an up-market audience with the business strategy of generating income through premium native advertising and e-commerce. The report also described the publication to have developed a simple and responsive design for its website for the purpose of easy accessibility. [1]

Besides the primary website, the distribution of Scroll's content is provided through internet assets such as an android app, two email newsletters and an array of social media channels across Facebook, Twitter, Instagram and YouTube. The Scroll also operates an online shop for books and literary accessories based on recommendations from the editorial team. [1]

According to Forbes India , the monthly unique readership of the website was 4 million as of August 2016. [4] 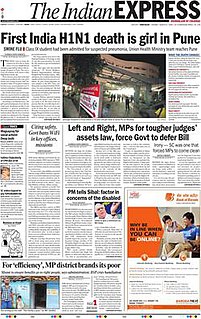 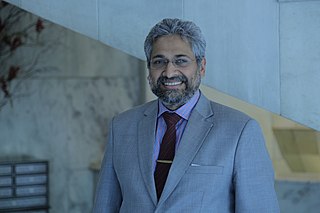 Siddharth Varadarajan is a resident Indian journalist, editor and academic. He was a former editor of the Indian English language national daily The Hindu, and is one of the founding editors of the Indian digital news portal The Wire. 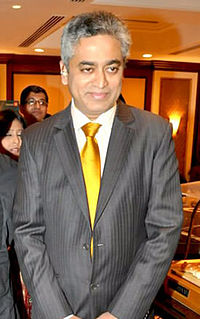 Rajdeep Sardesai is an Indian news anchor, journalist and author. He was a consulting editor and an anchor of India Today Television. He was the Editor-in-Chief of Global Broadcast News, that included CNN-IBN, IBN7 and IBN-Lokmat, before resigning in July 2014. 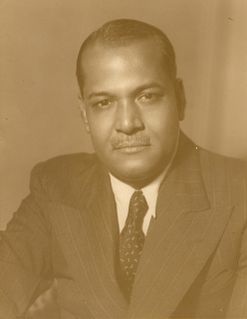 Ramnath Goenka was an Indian newspaper publisher. He launched The Indian Express in 1932 and created the Indian Express Group with various English and regional language publications. In 2000, India Today magazine, named him amongst their list of "100 People Who Shaped India". The Ramnath Goenka Excellence in Journalism Awards, named after Ramnath Goenka, are one of the awards in India in the field of journalism.

Vinod Dua is an Indian journalist, who worked in Doordarshan and NDTV India.

Shaili Chopra is an Indian business journalist, author and entrepreneur. She is the founder of SheThePeople.TV, a platform to empower women with stories of role models and inspire them with a changing conversation on women and what matters to them. As a business journalist, she is known for working at NDTV-profit and ETNOW and has won the 2012 Ramnath Goenka Award for Excellence in Business Journalism among various other awards. She then switched to being an entrepreneur and wrote four books. Her ventures are India's women's channel SheThePeople.TV and GolfingIndian.com. Her books include Feminist Rani by Penguin, When I Was 25 by Random House, Big Connect- Social Media and Indian Politics by Random House, and Birdies in Business by Times Books.

Ravish Kumar is an Indian journalist, author and media personality. He is the Senior Executive Editor of NDTV India. He hosts a number of programmes including the channel's flagship weekday show Prime Time, Hum Log, Ravish Ki Report and Des Ki Baat.

Sudhir Chaudhary is an Indian journalist and media personality. He is the editor-in-chief and CEO of Zee News, WION, Zee Business, Zee 24 Taas and hosts the prime-time show Daily News And Analysis (DNA) on Zee News.

Anshuman Tiwari is an Indian editor of India Today (Hindi) at India Today Group in New Delhi. He is a former Chief of National Bureau and Associate Editor of Dainik Jagran. He is Chevening Fellow of South Asia Journalism Program 2017.

The People's Archive of Rural India is a multimedia digital journalism platform in India. It was founded in December 2014 by veteran journalist Palagummi Sainath, former rural affairs editor of The Hindu, author of the landmark book Everybody Loves a Good Drought and winner of over 50 national and international awards, including the Statesman Award for Rural Reporting (1994), the Prem Bhatia Memorial Prize (2004), the Ramnath Goenka Excellence in Journalism Award (2009), the United Nations Food & Agriculture Organization’s Boerma Prize (2000), the Ramon Magsaysay Award for Journalism, Literature and Creative Communications Arts (2007), and the World Media Summit Global Award for Excellence 2014, in Public Welfare reporting.

The Wire is an Indian nonprofit news and opinion website which publishes in English, Hindi, Marathi, and Urdu.

The Quint is an English and Hindi language Indian general news and opinion website founded by Raghav Bahl and Ritu Kapur after their exit from Network18. The publication's journalists have won three Ramnath Goenka Excellence in Journalism Awards and two Red Ink Awards. The Quint also operates WebQoof, a fact-checking initiative certified by the International Fact-Checking Network.

Ajit Anjum is a senior journalist and writer. He has worked as managing editor at News 24 and India TV news channels. He has been awarded the Ramnath Goenka Excellence in Journalism Awards in the year 2010.

Newslaundry is an Indian media watchdog that provides media critique, reportage and satirical commentary. It was founded in 2012 by Abhinandan Sekhri, Madhu Trehan and Prashant Sareen, all of whom earlier worked in print or television journalism. It was India's first subscription-driven website when launched, and since then other platforms have followed a similar model, like The Wire. In contrast to news websites such as The Quint, ThePrint or Scroll.in, Newslaundry solely relies on public subscriptions, instead of advertisements, for revenue.

Sangeeta Barooah Pisharoty is an Indian journalist and writer from the state of Assam, based in the city of New Delhi. Currently the deputy editor with the digital news publication The Wire, she was formerly the Northeast India correspondent of the English language national newspaper The Hindu. She has been the subject of widespread critical acclaim for the documentation on the Assam Movement, the Assam Accord and the insurgencies in Assam in her debut book Assam: The Accord, The Discord.