Sharing the Dream is a 1974 short 16mm film which recorded the Black Theatre dance workshops in Redfern in 1973 taught by Carole Johnson.

Milena Damyanovic, or Damjanovic, produced and directed the film. The executive producer was Caroline Jones. The film was released in 1974 and premiered at the International Women's Film Festival in Sydney in 1975. [1]

Carole King is an American singer-songwriter who has been active since 1958, initially as one of the staff songwriters at the Brill Building and later as a solo artist. She is the most successful female songwriter of the latter half of the 20th century in the US, having written or co-written 118 pop hits on the Billboard Hot 100. King also wrote 61 hits that charted in the UK, making her the most successful female songwriter on the UK singles charts between 1952 and 2005.

Save the Last Dance is a 2001 American teen dance film produced by MTV Productions, directed by Thomas Carter and released by Paramount Pictures on January 12, 2001. The film stars Julia Stiles and Sean Patrick Thomas as a teenage interracial couple in Chicago who work together to help the main character, played by Stiles, train for a dance audition. A direct-to-video sequel, Save the Last Dance 2, was released in 2006. 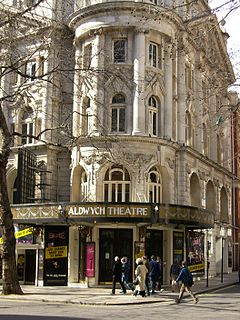 Lester Louis Adler is an American record producer, music executive, talent manager, songwriter, film director, film producer, and co-owner of the Roxy Theatre in West Hollywood, California. Adler has produced and developed a number of iconic musical artists, including Carole King, Jan & Dean, The Mamas & the Papas and The Grass Roots. King's Diamond-certified album Tapestry, produced by Adler, won the 1972 Grammy Award for Album of the Year, and is widely considered one of the greatest pop albums of all time.

The Regent Theatre was a heritage-listed cinema and entertainment venue in Sydney, Australia, which was demolished in 1988 by property developer Leon Fink.

David T. Walker is an American guitarist born in Tulsa, Oklahoma. In addition to numerous session musician duties since the early 1970s, Walker has issued fifteen albums in his own name.

Carole Laure O.C. is an actress and singer from Quebec, Canada.

Dance Hall is a 1950 British film directed by Charles Crichton. The film was an unusual departure for Ealing Studios at the time, as it tells the story about four women and their romantic encounters from a female perspective.

Sidney Charles Bromley, credited as Sydney Bromley, was an English character actor. He appeared in more than sixty films and television programmes. On stage, he appeared in the 1924 premiere of Saint Joan, by George Bernard Shaw, as well as the 1957 film of the same name. He appeared in A Midsummer Night's Dream and Twelfth Night during the summer of 1935 at the Open Air Theatre in London.

Peter Allen was an Australian singer-songwriter, musician and entertainer, known for his flamboyant stage persona and lavish costumes. His songs were made popular by many recording artists, including Elkie Brooks, Melissa Manchester and Olivia Newton-John, with one, "Arthur's Theme " by Christopher Cross, winning an Academy Award for Best Original Song in 1981. In addition to recording many albums, he enjoyed a cabaret and concert career, including appearing at the Radio City Music Hall riding a camel. His Australian patriotism song "I Still Call Australia Home", has been used extensively in advertising campaigns, and was added to the National Film and Sound Archive's Sounds of Australia registry in 2013. 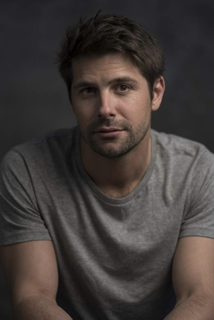 Ryan Johnson is an Australian actor who has appeared in numerous television series and films.

Sydney Lyric is a theatre in Sydney, New South Wales, Australia. It is part of The Star complex. The theatre is used for large scale musicals, theatre productions, concerts, opera and ballet. Formerly the Lyric Theatre, the venue changed to its current name in late 2011.