By 2006, the programming from ICTV grew to encompass the channel 24 hours a day and the satellite channel was renamed to ICTV. Many remote indigenous communities in central and north eastern Australia had analogue terrestrial repeaters for this channel, which utilised community licences and later open-narrowcasting licences. [3] In October 2006, ICTV was formally incorporated as a public company. [4]

On 12 July 2007, the Department of Communications, Information Technology and the Arts had implemented changes to the Indigenous Broadcasting Program in support of a new national indigenous TV channel. It was decided that the existing open-narrowcast licence from Imparja would be used to initially carry the channel, which resulted in ICTV ceasing transmission. [3] For 2 years, ICTV Limited had no means of broadcasting content unless it was commissioned by National Indigenous Television, which was at odds with the company. The NITV commissioning model allegedly left out remote community producers due to the nature of how funding was allocated and other mandatory requirements. [3]

The revival of ICTV

After a successful appeal to the Government of Western Australia, ICTV resumed broadcasting part-time on Westlink Network on 13 November 2009. Westlink Network was already carried on the existing Optus Aurora service as an open-narrowcast channel. Programming from ICTV was scheduled every weekend from Friday night to Monday morning. [5] Remote communities with analogue terrestrial repeaters had begun to install equipment to automatically switch the NITV channel to Westlink Network every weekend. [3]

On 28 May 2012, the Department for Broadband, Communications and the Digital Economy awarded ICTV with an open-narrowcast licence to broadcast on the Viewer Access Satellite Television service. The channel commenced trial transmissions on 6 December 2012. [4] On 18 April 2013, ICTV officially relaunched and began broadcasting 24 hours a day on virtual channel number 601 in standard definition 576i format. A launch party was held at the PAW Media grounds in Yuendumu, Northern Territory to mark the occasion. [6]

ICTV commenced broadcasting in Alice Springs on 5 April 2017, after being awarded a digital terrestrial free-to-air licence. The channel resides on virtual channel number 41. [7] 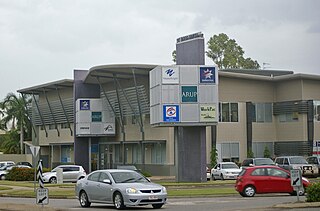 TND is a television station in Darwin, Northern Territory. The station, launched in 1998 as Seven Darwin and broadcasting across Darwin, Palmerston and surrounding areas, is owned by Southern Cross Austereo. Its main competitor is the Nine Network's owned-and-operated station, NTD.

James Yami Lester was a Yankunytjatjara man, an Indigenous person of northern South Australia. Lester, who survived nuclear testing in outback Australia, is best known as an anti-nuclear and indigenous rights advocate. 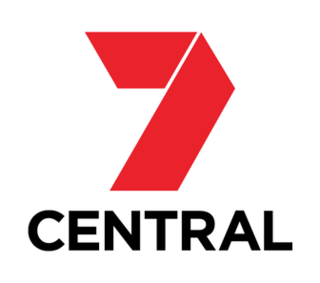 Imparja Television Pty Ltd is a commercial television company servicing remote eastern and central Australia that began broadcasting on 2 January 1988. It is based in Alice Springs, where it has a studio and satellite uplink facility. Notably, it is controlled by Australian Aborigines and is widely regarded as a symbol of Aboriginal Australia. 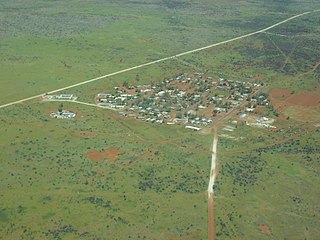 Optus Aurora was a free-to-view satellite television platform in Australia, which aimed at providing television and radio services to remote and black spot areas using the Optus C1 and B3 satellites. The service was available in all areas, using a standard satellite dish and set top box, however commercial stations carried on the platform were restricted to their respective coverage areas.

Westlink, formerly known as Westlink Network, was an Australian free-to-view digital television channel broadcast to regional and remote areas of Western Australia on the Viewer Access Satellite Television service. Funded by the Government of Western Australia, the channel was managed and operated by the Department of Regional Development and broadcast a range of community-based content, particularly training and educational programs, using an open-narrowcast licence. The channel was received in over 150 remote locations such as telecentres, schools and colleges.

The Viewer Access Satellite Television service, or VAST, is a satellite television platform in Australia, providing digital television and radio services to remote and rural areas, as well as viewers in terrestrial black spots. The service using the Optus C1 and Optus D3 satellites. It is partly funded by the Australian Government and managed through a joint-venture between Southern Cross Media and Imparja Television. It is an even more restricted free-to-view replacement for Optus Aurora providing channels which have been absent on the remote service until now. The platform uses only H.264 video encoding and 8PSK, which allows for more lower bit rate channels on the limited transponder space that's available. The EPG uses an MHEG-5 guide instead of the usual more compatible DVB EIT.

West Digital Television is an Australian digital television network jointly owned by Prime Media Group and WIN Corporation. It broadcasts free-to-air on a number of digital terrestrial transmitters in regional and remote areas of Western Australia, as well as free-to-view on the Viewer Access Satellite Television service. The network is an affiliate of Nine Network, broadcasting a direct feed of STW-9 Perth. It was an affiliate of Network Ten until 1 July 2016.

Tjanpi Desert Weavers is a social enterprise of the NPY Women’s Council, representing over 400 women from 26 unique communities in the NPY region. Tjanpi is the Pitjantjatjara word for a type of spinifex grass. The weavers harvest and weave local grasses and some other materials to create handmade works and pieces of art. In producing these works, which mostly consist of baskets, jewellery, beads and fibre sculpture, the enterprise encourages women's employment and economic independence.