Channel 44 (C44, call-sign CTS33) is a free-to-air community television channel in Adelaide, South Australia. C44 features locally and nationally made content and has been broadcasting since 23 April 2004. Previously known as C31 when on analogue television, C44 made the switch to digital on 5 November 2010 and switched off its analogue signal on 31 May 2012. C44 airs a range of local, interstate and international content that is relevant to the local community.

Before C44, Adelaide's community television station was ACE TV, run by Adelaide Community and Education Television Inc. ACE TV held a temporary licence from May 1994 [2] until December 2002, when it was cancelled due to breaches of its licence conditions. [3] ACE TV had its last broadcast in May 2002. [4]

In 2003, after ACE TV's closure, C31 Adelaide Ltd received the community television licence for Adelaide. [4] Its station, called C31 Adelaide (C31), launched on 23 April 2004 on analogue channel UHF 31. [5] In 2004, most community TV services in capital cities received permanent licences from the Australian Communications and Media Authority (ACMA). However, the process for allocating a permanent licence in Adelaide, which began in 2004, was terminated in mid-2006; the two prospective applicants (of which C31 was one) were declined for different reasons. [6]

In April 2016, the channel started moving operations online, streaming its channel live on their website. The move online means that local content can now be viewed by those outside Adelaide. [9] [10]

The license due to expire on 31 December 2016 was extended twice at the last minute by Minister for Communications Mitch Fifield, first to 30 June 2017, [11] and later to 31 December 2017. [12] Fifield made an additional extension to 30 June 2018 as part of the government's deal with the Nick Xenophon Team to garner support for large-scale media reforms in the Senate, [13] [14] while a further extension, announced on 1 June 2018, gave broadcasters an additional two years through 30 June 2020. [15]

The South Australian Film Corporation's First Nations Advisory Committee was launched in November 2020 as part of their First Nations Screen Strategy 2020-2025, [20] in partnership with Channel 44. [21] 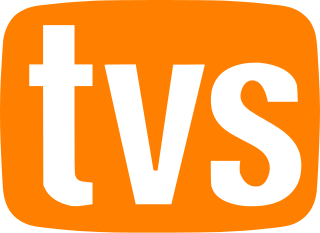 ABN is the Australian Broadcasting Corporation's television station in Sydney. The station began broadcasting on 5 November 1956. Its original studios were located in Gore Hill, New South Wales and were in use up until March 2004, when they were co-located with ABC Radio, Radio Australia, ABC-TV Set Construction and ABC Australia at the Corporation's headquarters in the inner city suburb of Ultimo, New South Wales. Its main transmitter, however, remains at Gore Hill. The station can be received throughout the state through a number of relay transmitters, as well as satellite transmission on the Optus Aurora platform.

ABC Television in the ACT comprises national and local programming on the ABC television network in the Australian Capital Territory, which includes the capital city of Australia, Canberra, and broadcasts on a number of channels under the ABC call sign. There is some local programming from the Canberra studio.

ABC Television in Tasmania comprises national and local programming on the ABC television network in the Australian state of Tasmania, on a number of channels under the ABC call sign. There is some local programming from the Hobart studio.

ABC Television in Brisbane comprises national programming on the ABC television network in or from Brisbane, Queensland which broadcasts on a number of channels under the ABC call sign. There is some local programming from the Brisbane studio. 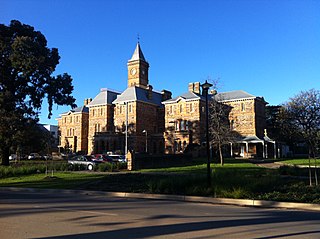 AMN is a television station licensed to serve Griffith and the surrounding Murrumbidgee Irrigation Area (M.I.A.). The station is owned and operated by WIN Corporation as a Nine Network affiliate, WIN Television.

Hitchhike TV was a streaming television service based in Brisbane, Queensland, Australia. Originating as community television station 31 Digital, the service became available on 28 February 2017 as the station's terrestrial broadcasting went offline. As of 2020, the service is inactive.

ACE TV was a free-to-air community television channel in Adelaide, South Australia which broadcast from May 1994 to December 2002. ACE TV was cancelled in 2002 due to breaching of licence conditions. The last ACE TV broadcast on-screen was in May 2002. ACE TV was superseded by C31 Adelaide, which was launched on 23 April 2004.