Contact is a 2009 Australian documentary film that tells the story of 20 Martu people who in 1964 became the last people in the Great Sandy Desert to have come into contact with Europeans.

In 1964, a Blue Streak test missile launched from Woomera by ELDO was expected to land in the Percival Lakes area of Western Australia, an area traditionally belonging to the Martu. Two Native Welfare patrol officers, Walter MacDougall and Terry Long, were sent to the area to make sure it was uninhabited. When they arrived, they located a group of 20 Martu women and children in the area. The group had never seen white skinned people before and upon seeing the patrol officers they wanted nothing to do with them, and they ran away from them. Despite the presence of the Martu people in the area, a missile was still fired from Woomera, but it went far off course, landing hundreds of miles away from the lakes.

After several months, a second missile was scheduled to be deployed and Walter MacDougall and Terry Long returned to the area with two interpreters, Punuma Sailor and Nyani, in an attempt to take the group of Martu women and children away from the Percival Lakes area. When the group was located this time, the patrol officers tied their ankles together to stop them from escaping and took them to Jigalong mission.

Throughout the film, the experiences of the Martu women and children are described by Yuwali who was 17 years old when she was a part of this group back in 1964. Now 62 years old, she shares her memories of growing up around Percival Lakes, her dingo Yuntupa and the first time that she saw the patrol officers and their car. [1] [2] [3] [4] [5] [6] [7]

A book about the same events documented in Contact was released in 2005, entitled Cleared Out: First Contact in the Western Desert by Sue Davenport, Peter Johnson and Yuwali. [5] [6] [8] 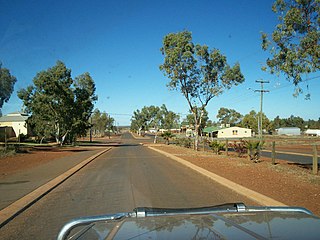 Wiluna is a small town in the Mid West region of Western Australia. It is situated on the edge of the Western Desert at the gateway to the Canning Stock Route and Gunbarrel Highway. It is the service centre of the local area for the local Martu people, the pastoral industry, the Wiluna Gold Mine, and many more people who work on other mines in the area on a "fly-in/fly-out" basis. Wiluna's climate is hot and dry, with an annual rainfall of 258 millimetres (10.2 in). Mean maximum temperatures range from 19 °C (66 °F) in July, to 38 °C (100 °F) in January. 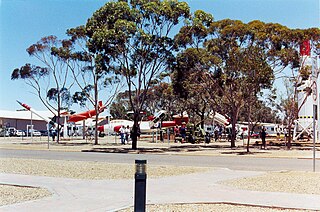 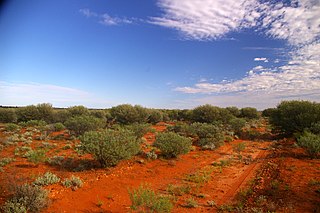 Maralinga in the remote western areas of South Australia was the home of the Maralinga Tjarutja, a southern Pitjantjatjara people, an Aboriginal Australian people. Maralinga was the site of the British nuclear tests in the 1950s. The site measures about 3,300 square kilometres (1,300 sq mi) in area. 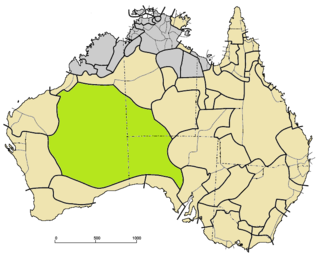 The Western Desert language, or Wati, is a dialect cluster of Australian Aboriginal languages in the Pama–Nyungan family. 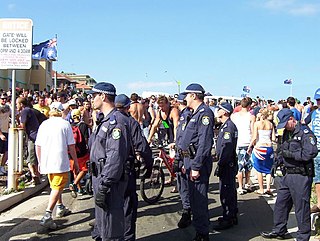 The 2005 Cronulla riots was a civil conflict starting in the beachside suburb of Cronulla in Sydney, New South Wales, Australia, which spread over the next few nights to additional suburbs.

The Martu (Mardu) are a grouping of several Aboriginal Australian peoples in the Western Desert cultural bloc. 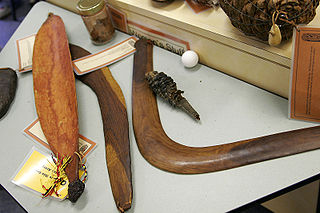 A woomera is a wooden Australian Aboriginal spear-throwing device. Similar to an atlatl, it serves as an extension of the human arm, enabling a spear to travel at a greater speed and force than possible with only the arm. 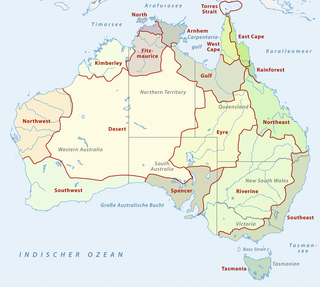 The Western Desert cultural bloc or just Western Desert is a cultural region in central Australia covering about 600,000 square kilometres (230,000 sq mi), including the Gibson Desert, the Great Victoria Desert, the Great Sandy and Little Sandy Deserts in the Northern Territory, South Australia and Western Australia. The Western Desert cultural bloc can be said to stretch from the Nullarbor in the south to the Kimberley in the north, and from the Percival Lakes in the west through to the Pintupi lands in the Northern Territory.

Operation Totem was a pair of British atmospheric nuclear tests which took place at Emu Field in South Australia in October 1953. They followed the Operation Hurricane test of the first British atomic bomb, which had taken place at the Montebello Islands a year previously. The main purpose of the trial was to determine the acceptable limit on the amount of plutonium-240 which could be present in a bomb. 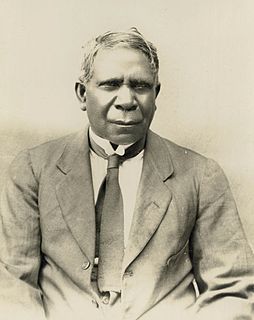 This is a timeline of Australian inventions consisting of products and technology invented in Australia from pre-European-settlement in 1788 to the present. The inventions are listed in chronological order based on the date of their introduction. 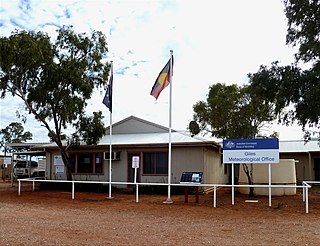 Donald George Mackay CBE was an Australian outdoorsman, long-distance cyclist, and explorer who conducted several expeditions to the remotest areas of the Australian continent. 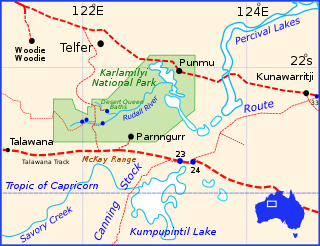 Parnngurr is a medium-sized Aboriginal community, located 370 km from Newman in the Pilbara region of Western Australia, within the Shire of East Pilbara. Parnngurr was originally known as Cotton Creek, the name of the ephemeral creek that runs beside the community.

Punmu is an Aboriginal community, located 640 km south east of Port Hedland in the Pilbara region of Western Australia, within the Shire of East Pilbara. 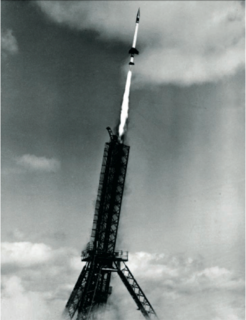 The RAAF Woomera Range Complex (WRC) is a major Australian military and civil aerospace facility and operation located in South Australia, approximately 450 km (280 mi) north-west of Adelaide. The WRC is operated by the Royal Australian Air Force (RAAF), a division of the Australian Defence Force (ADF). The complex includes both the land area of 122,188 km2 (47,177 sq mi) and the airspace that is restricted and controlled by the RAAF for safety and security. The WRC is a highly specialised ADF test and evaluation capability operated by the RAAF for the purposes of testing defence materiel.

Molly Kelly was an Australian Martu Aboriginal woman, known for her escape from the Moore River Native Settlement in 1931 and subsequent 1,600 km (990 mi) trek home with her half-sister Daisy Kadibil and cousin Gracie. She was a member of the Stolen Generations, which were Aboriginal children forcibly removed from their families by the Australian government. Her story was the inspiration for the book Follow the Rabbit-Proof Fence, and the film Rabbit-Proof Fence.

The Mandjildjara, also written Manyjilyjarra, are an indigenous Australian people of Western Australia.

The Nakako are an indigenous Australian people of Western and Southern Australia.