The Secret Daughter is an Australian television drama series which premiered on the Seven Network on 3 October 2016. [1] The series is written by Justin Monjo, Greg Haddrick, Louise Bowes and Keith Thompson and directed by Leah Purcell, Geoff Bennett and Paul Moloney. The drama centres on part-time country pub singer Billie Carter (Jessica Mauboy), who has a chance meeting with a wealthy city hotelier and discovers information about her family and history. The second season premiered on 8 November 2017. [2] On 17 December 2017, it was announced that The Secret Daughter would not return for a third season in 2018. [3]

The series received a total of A$171,750 in funding from Screen NSW. [4] Filming on the series took place in Sydney and regional New South Wales and wrapped in June 2016. [5]

The Seven Network announced that the series has been renewed and a second season will screen in 2017. [6] Production began in May 2017 with James Sweeny and Rachael Maza joining the cast. [7]

A distinguishing feature of the program is its musical aspect performed almost entirely by Mauboy herself.

The show's first soundtrack album, The Secret Daughter: Songs from the Original TV Series , was recorded by Jessica Mauboy and featured music used in the first season. It was released on 14 October 2016 by Sony Music Australia. [32] The album became Mauboy's first number-one album and also made her the first Indigenous artist to reach number one on the ARIA Albums Chart. [33] [34] The second soundtrack album, The Secret Daughter Season Two: Songs from the Original 7 Series , was also recorded by Mauboy and released on 6 October 2017. [35]

The Farmer Wants a Wife is an Australian reality television series based on the British reality show Farmer Wants a Wife. The first eight seasons, hosted by Natalie Gruzlewski, aired on the Nine Network between 2007 and 2012, with a ninth season, hosted by Sam McClymont broadcast in 2016. A tenth season aired on the Seven Network when the series was revived for the second time in 2020.

SlideShow was an Australian light entertainment television series hosted by Grant Denyer, which first screened on the Seven Network on 7 August 2013. 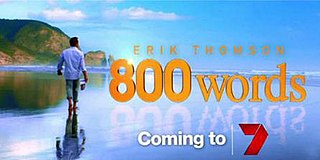 800 Words is an Australian–New Zealand comedy-drama television series, co-produced by South Pacific Pictures and Seven Productions for the Seven Network. 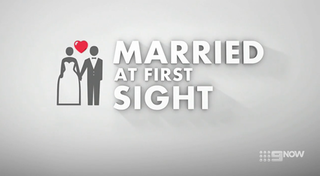 Married At First Sight is an Australian reality television series on the Nine Network, in which strangers participate in a social experiment and are paired together by experts in an unofficial marriage. The show is based on the Danish series of the same name, however legal restrictions in Australia mean that the couples do not partake in a legally-binding marriage as prohibited by the Marriage Act 1961. Rather, contestants engage in an unofficial commitment ceremony. The couples meet for the first time at the altar, before spending their wedding night in a hotel and then embarking on a honeymoon. Upon return, they live together for a period of time and decide whether they will continue their relationship. The experts encourage contestants to fully immerse themselves within all stages of the experiment which mainly focuses on relationship building and companionship. Four couples from the series' first seven seasons have remained together.

The X Factor was an Australian television reality music competition, based on the original British version, to find new singing talent; the winner of which received a Sony Music Australia recording contract. The eighth and final season, branded as X Factor: Next Generation, premiered on Seven Network on 3 October 2016. Jason Dundas replaced Luke Jacobz as host; with the judging panel consisting of Guy Sebastian, Iggy Azalea, Adam Lambert and Mel B. The winner was Isaiah Firebrace and his winner's single "It's Gotta Be You" was released after the final. He was mentored by Lambert, who won as mentor for the first and only time. 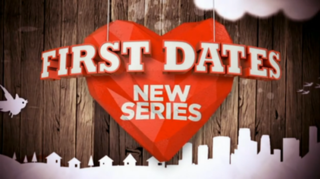 First Dates is an Australian reality dating television show which premiered on the Seven Network on 3 February 2016. Narrated by Sam Mac, the format is based on a British program of the same name. 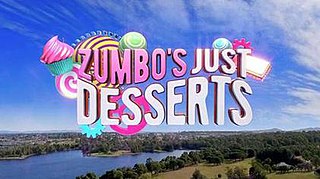 Zumbo's Just Desserts is an Australian baking reality competition television program on the Seven Network. The program was developed by the creators of My Kitchen Rules, and is hosted by Adriano Zumbo and Rachel Khoo, with Gigi Falanga as assistant.

The sixth season of The Voice began on 24 April 2017. Delta Goodrem was the only coach to reprise her role from the fifth season. She was joined by returning coach, Seal, returning for his third season after a three-year absence and new additions Boy George and Kelly Rowland, replacing Jessie J, The Madden Brothers and Ronan Keating, respectively. Judah Kelly from Team Delta won the competition on 2 July 2017, marking Goodrem's second win as a coach.

Family Food Fight is an Australian reality competition television series that aired on the Nine Network from 30 October 2017 until 11 December 2018. The series saw diverse and multi-generational Australian families go head-to-head in high-pressure cooking challenges inspired by real home cooking and family food traditions to win an ultimate prize of $100,000. 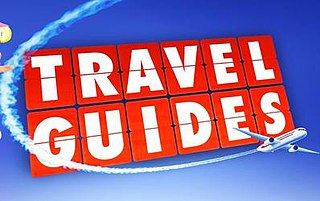 Travel Guides is an Australian travel series which premiered on the Nine Network on 14 February 2017. The series follows groups of ordinary Australians who take on the job of travel critics who experience the same week-long international and domestic holidays, and review the same accommodation, cuisine, and local sights.

Bride & Prejudice is an Australian reality dating television show which premiered on the Seven Network on 30 January 2017. The series is an adaptation of an American program of the same name which aired for one season in 2016 on FYI, until the program got a second season on Lifetime in 2020. The program follows couples planning to wed, but whose family disapprove of their relationship.

Australia's Got Talent is an Australian reality television show, based on the original UK series, to find new talent. Seven Network announced that the show would be returning to their network in 2019 for its ninth season. It had previously aired on Seven for six seasons from 2007 to 2012, and on the Nine Network for two seasons in 2013 and 2016. It had an all new judging panel of Nicole Scherzinger, Shane Jacobson, Manu Feildel & Lucy Durack, and Ricki-Lee Coulter as series host. The season premiered on 28 July 2019. 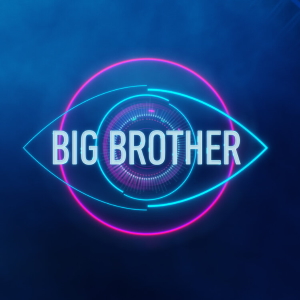 Big Brother Australia 2020, also known as Big Brother 12, is the twelfth season of the Australian reality television series Big Brother. It began airing on 8 June 2020 on the Seven Network. It was the first season of the show to air on the Seven Network after it bought the rights to the series in 2019, following a six-year absence. The show was originally screened on Network Ten, then the Nine Network. Sonia Kruger returned as the host of the show.