The Warriors is an Australian television comedy drama series that premiered on ABC on 12 April 2017. [3] The eight part series is created by Tony Briggs and Robert Connolly. It explores the elite world of professional sport through the eyes of recruits and established players living in a share house. [4]

The series is written by Jon Bell, Tony Briggs and Tracey Rigney. It is directed by Adrian Russell Wills, Beck Cole, Steven McGregor and Catriona McKenzie. It is produced by Arenamedia with John Harvey. [1] 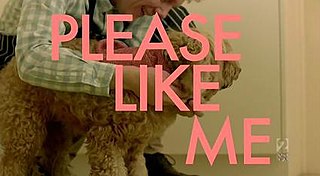 Please Like Me is an Australian television comedy-drama series created by and starring Josh Thomas. Thomas also serves as a writer for most episodes. The series premiered on 28 February 2013 on ABC2 in Australia. The show explores realistic issues with humorous tones; the executive producer, Todd Abbott, had pitched the show as a drama rather than a sitcom. The show aired later on the United States network Pivot, which then helped to develop the show from its second season onwards. Four seasons of the show have been broadcast, and creator Thomas has stated that he has no plans to make any further episodes. The show has attracted praise from critics and has garnered numerous nominations, winning a number of awards. 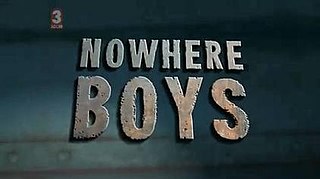 The seventh series of the Australian cooking game show MasterChef Australia premiered on 5 May 2015 on Network Ten.

This is a list of Australian television events and premieres that are scheduled to occur in 2015, the 60th year of continuous operation of television in Australia.

The Weekly with Charlie Pickering is an Australian news satire series on the ABC. The series premiered on 22 April 2015, featuring Charlie Pickering as host with Tom Gleeson, Adam Briggs and Judith Lucy in the cast who joined the show in 2019, replacing Kitty Flanagan.

The Secret Daughter is an Australian television drama series which premiered on the Seven Network on 3 October 2016. The series is written by Justin Monjo, Greg Haddrick, Louise Bowes and Keith Thompson and directed by Leah Purcell, Geoff Bennett and Paul Moloney. The drama centres on part-time country pub singer Billie Carter, who has a chance meeting with a wealthy city hotelier and discovers information about her family and history. The second season premiered on 8 November 2017. On 17 December 2017, it was announced that The Secret Daughter would not return for a third season in 2018.

The Last Resort is an Australian reality television series that debuted on the Nine Network on 9 May 2017. The show features five long-term couples who take part in a social experiment in an attempt to save their troubled relationships, with a tropical island as the backdrop. The couples have been struck by problems of infidelity, trust, and intimacy. After a month of intensive relationship bootcamp with Australia's leading relationship experts, the couples either call it quits or commit to each other forever. 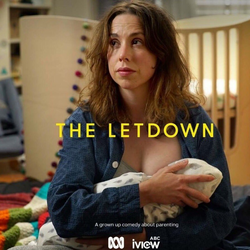 The Letdown is an Australian television comedy series first screened on the ABC in 2016. It follows the adventures of Audrey, including her struggles as a new mum in an oddball mothers' group. She navigates the steep learning curve of motherhood, deals with sleeplessness, shifting relationship dynamics, her issues with her own mother, and her partner's career ambitions. 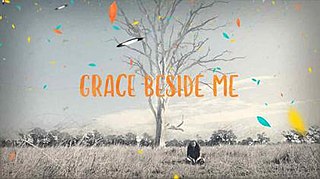 Get Krack!n is an Australian comedy series which was created by and stars comedians Kate McCartney and Kate McLennan. The series is a satire of breakfast television and features McCartney and McLennan playing versions of themselves hosting Get Krack!n, a low-budget early-morning television programme.

Mystery Road is an Australian television neo-Western-crime mystery series whose first series screened on ABC TV from 3 June 2018. The series is a spin-off from Ivan Sen's feature films Mystery Road and Goldstone. The main character and actor in both series is the same as in the films - Indigenous Australian detective Jay Swan, played by Aaron Pedersen. As of 2020, two series of six episodes each have been made.

The twelfth series of the Australian cooking game show MasterChef Australia, also known as MasterChef Australia: Back To Win, premiered on 13 April 2020. It is the first series to feature Jock Zonfrillo, Melissa Leong and series four winner Andy Allen serving as judges, after the departure of Gary Mehigan, George Calombaris and Matt Preston in the previous season. This series involves former high-achieving contestants from the past eleven series of MasterChef Australia, returning for another chance at the title of 'MasterChef' and the A$250,000 prize.