She's Got Everything (film)

She's Got Everything is a 1937 American romantic comedy directed by Joseph Santley using a screenplay by Harry Segall and Maxwell Shane, based on a story by Shane and Joseph Hoffman. The film stars Gene Raymond and Ann Sothern, with supporting performances by Victor Moore, Helen Broderick, Parkyakarkus (also known by his real name, Harry Einstein), and Billy Gilbert. RKO Radio Pictures produced and distributed the picture, which was released on the final day of 1937.

Heiress Carol Rogers returns from a long overseas vacation to learn her father has died and saddled her with a mountain of debt. To keep her creditors at bay, her Aunt Jane and pal Waldo contrive to get her hired as an assistant to wealthy coffee magnate Fuller Partridge, hoping it will lead to love and eventually marriage. Unfortunately, the plan is beset by obstacles, especially when a bumbling hypnotist hired to put a romance spell on Carol misses and casts it on Aunt Jane instead. 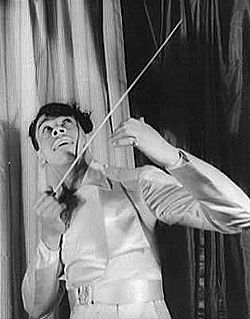 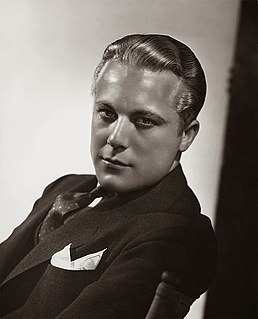 Insight is an American religious-themed weekly anthology series that aired in syndication from October 1960 to January 1985. Produced by Paulist Productions in Los Angeles, the series presented half-hour dramas illuminating the contemporary search for meaning, freedom, and love. Insight was an anthology series, using an eclectic set of storytelling forms including comedy, melodrama, and fantasy to explore moral dilemmas.

The Chez Paree was a Chicago nightclub known for its glamorous atmosphere, elaborate dance numbers, and top entertainers. It operated from 1932 until 1960 in the Streeterville neighborhood of Chicago at 610 N. Fairbanks Court. The club was the epitome of the golden age of entertainment, and it hosted a wide variety of performers, from singers to comedians to vaudeville acts. A "new" Chez Paree opened briefly in the mid-1960s on 400 N. Wabash Avenue and was seen in the film Mickey One with Warren Beatty.

Danger – Love at Work is a 1937 American screwball comedy film directed by Otto Preminger. The screenplay by James Edward Grant and Ben Markson focuses on an attorney's frustrating efforts to deal with a wildly eccentric family. 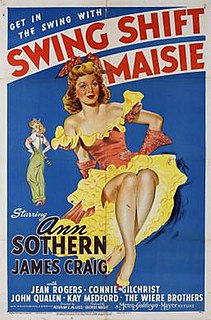 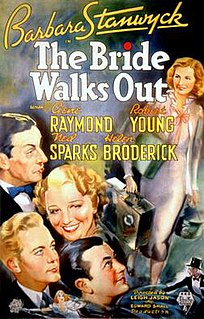 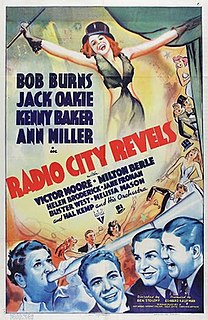 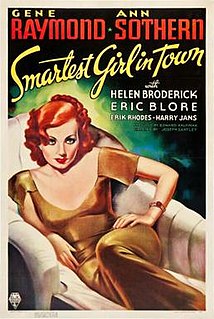 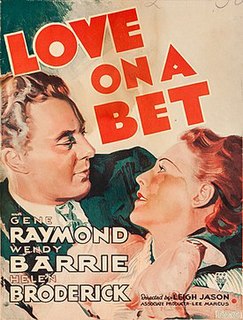 Love on a Bet is a 1936 American romantic comedy film directed by Leigh Jason using a screenplay by P. J. Wolfson and Philip G. Epstein, based on a story by Kenneth Earl. The film stars Gene Raymond, Wendy Barrie, and Helen Broderick, and was released by RKO Radio Pictures on February 1, 1936.

Ladies of Washington is a 1944 American drama film directed by Louis King and starring Trudy Marshall, Ronald Graham and Anthony Quinn. It concentrates on a group of young women employed by the federal government in wartime Washington D.C., one of whom becomes involved with an enemy agent. 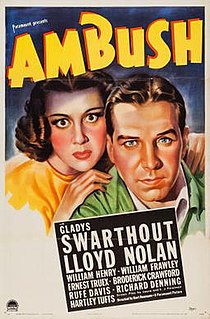 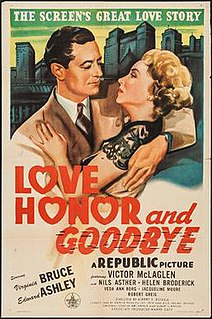