There are five subspecies of three-banded courser: [2]

Charaxes jasius, the two-tailed pasha or foxy emperor, is a butterfly in the family Nymphalidae. It is the only European species of the genus Charaxes. 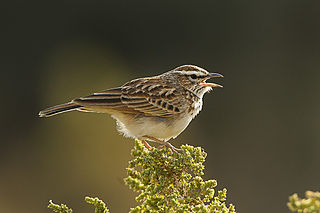 The fawn-coloured lark or fawn-coloured bush-lark is a species of lark in the family Alaudidae. It is found in south-central Africa. 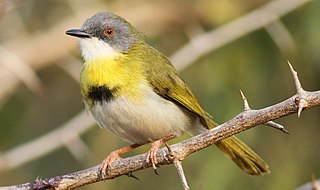 The yellow-breasted apalis is a species of bird in the family Cisticolidae. 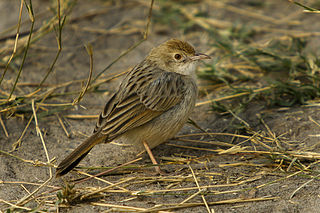 The rattling cisticola is a species of bird in the family Cisticolidae which is native to Africa south of the equator, and parts of East Africa. It is a common to abundant species in open savanna and scrubland habitats, whether in arid, moist or upland regions. Especially during summer, it is highly conspicuous due to its strident and repetitive call-notes from prominent perches. 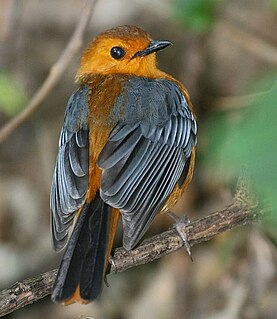 The red-capped robin-chat or Natal robin is a species of bird in the family Muscicapidae. 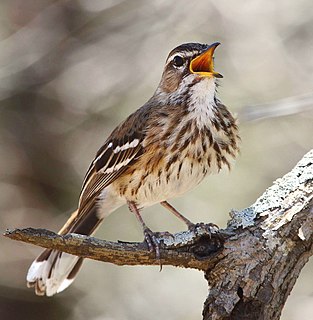 The white-browed scrub robin, also known as the red-backed scrub-robin, is a species of bird in the family Muscicapidae. It is native to sub-Saharan Africa, especially East and southern Africa. Within range, its Turdus-like song is one of the often-heard sounds of the bush. The flitting of the tail is characteristic of this species, but also of some near relatives. 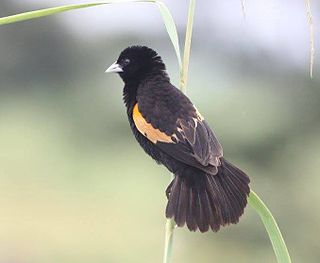 The fan-tailed widowbird, also known as the red-shouldered widowbird, is a species of bird in the family Ploceidae, which is native to grassy and swampy areas of the tropical and subtropical Afrotropics. 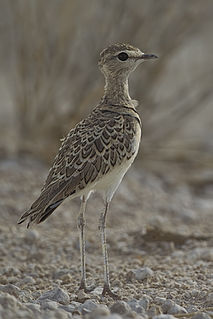 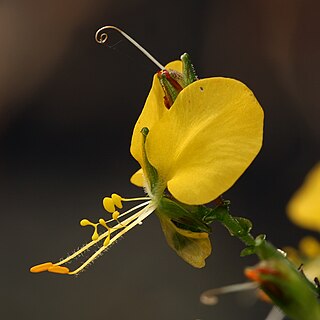 Aneilema is a genus of monocotyledonous plants of approximately 60 species. The vast majority of the species are native to sub-Saharan Africa, but a few are found in Oceania and one, Aneilema brasiliense, is from South America. It is the third largest genus in the family Commelinaceae after Commelina and Tradescantia, and it is one of only six genera in the family to occur in both the Eastern Hemisphere and the Western Hemisphere.

Colotis euippe is a butterfly of the family Pieridae that is found in the Afrotropic ecozone.

Colotis celimene, the lilac tip or magenta tip, is a butterfly of the family Pieridae. It is found in the Afrotropic ecozone.

Aeollanthus is a genus in the mint family, Lamiaceae. All the species are native to Africa.