Last updated October 05, 2021
This article is about the biological term. For the film series, see Subspecies (film series).
Taxonomic rank subordinate to species In biological classification, the term subspecies refers to one of two or more populations of a species living in different subdivisions of the species' range and varying from one another by morphological characteristics. [2] [3] A single subspecies cannot be recognized independently: a species is either recognized as having no subspecies at all or at least two, including any that are extinct. The term may be abbreviated to subsp. or ssp. The plural is the same as the singular: subspecies.

In zoology, under the International Code of Zoological Nomenclature, the subspecies is the only taxonomic rank below that of species that can receive a name. In botany and mycology, under the International Code of Nomenclature for algae, fungi, and plants, other infraspecific ranks, such as variety, may be named. In bacteriology and virology, under standard bacterial nomenclature and virus nomenclature, there are recommendations but not strict requirements for recognizing other important infraspecific ranks.

In botany, subspecies is one of many ranks below that of species, such as variety, subvariety, form, and subform. To identify the rank, the subspecific name must be preceded by "subspecies" (which can be abbreviated to "subsp." or "ssp."), as in Schoenoplectus californicus subsp. tatora. [8]

In bacteriology, the only rank below species that is regulated explicitly by the code of nomenclature is subspecies, but infrasubspecific taxa are extremely important in bacteriology; Appendix 10 of the code lays out some recommendations that are intended to encourage uniformity in describing such taxa. Names published before 1992 in the rank of variety are taken to be names of subspecies [9] (see International Code of Nomenclature of Prokaryotes ). As in botany, subspecies is conventionally abbreviated as "subsp.", and is used in the scientific name: Bacillus subtilis subsp. spizizenii. [10]

When zoologists disagree over whether a certain population is a subspecies or a full species, the species name may be written in parentheses. Thus Larus (argentatus) smithsonianus means the American herring gull; the notation within the parentheses means that some consider it a subspecies of a larger herring gull species and therefore call it Larus argentatus smithsonianus, while others consider it a full species and therefore call it Larus smithsonianus (and the user of the notation is not taking a position).[ citation needed ]

A subspecies is a taxonomic rank below species – the only such rank recognized in the zoological code, [13] and one of three main ranks below species in the botanical code. [12] When geographically separate populations of a species exhibit recognizable phenotypic differences, biologists may identify these as separate subspecies; a subspecies is a recognized local variant of a species. [14] Botanists and mycologists have the choice of ranks lower than subspecies, such as variety (varietas) or form (forma), to recognize smaller differences between populations. [12]

In biological terms, rather than in relation to nomenclature, a polytypic species has two or more genetically and phenotypically divergent subspecies, races, or more generally speaking, populations that differ from each other so that a separate description is warranted. [15] These distinct groups do not interbreed as they are isolated from another, but they can interbreed and have fertile offspring, e.g. in captivity. These subspecies, races, or populations, are usually described and named by zoologists, botanists and microbiologists.[ citation needed ]

In a monotypic species, all populations exhibit the same genetic and phenotypical characteristics. Monotypic species can occur in several ways:[ citation needed ] 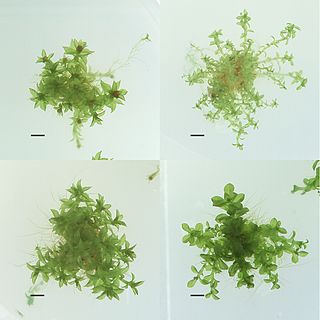 In zoology, the word "form" or forma is a strictly informal term that is sometimes used to describe organisms. Under the International Code of Zoological Nomenclature the term has no standing. In other words, although form names are Latin, and are sometimes wrongly appended to a binomial name, in a zoological context, forms have no taxonomic significance at all.

In zoology, the Principle of Coordination is one of the guiding principles of the International Code of Zoological Nomenclature.