Last updated January 10, 2022
Taxonomic rank between class and family
This article is about the taxonomic rank. For the sequence of species in a taxonomic list, see taxonomic sequence. For other uses, see Order.

In biological classification, the order (Latin : ordo ) is

What does and does not belong to each order is determined by a taxonomist, as is whether a particular order should be recognized at all. Often there is no exact agreement, with different taxonomists each taking a different position. There are no hard rules that a taxonomist needs to follow in describing or recognizing an order. Some taxa are accepted almost universally, while others are recognized only rarely. [1]

The name of an order is usually written with a capital letter. [2] For some groups of organisms, their orders may follow consistent naming schemes. Orders of plants, fungi, and algae use the suffix -ales (e.g. Dictyotales). [3] Orders of birds and fishes use the Latin suffix -(i)formes meaning 'having the form of' (e.g. Passeriformes), but orders of mammals and invertebrates are not so consistent (e.g. Artiodactyla, Actiniaria, Primates).

For some clades covered by the International Code of Zoological Nomenclature, several additional classifications are sometimes used, although not all of these are officially recognized.

In botany, the ranks of subclass and suborder are secondary ranks pre-defined as respectively above and below the rank of order. [6] Any number of further ranks can be used as long as they are clearly defined. [6]

The superorder rank is commonly used, with the ending -anae that was initiated by Armen Takhtajan's publications from 1966 onwards. [7]

The order as a distinct rank of biological classification having its own distinctive name (and not just called a higher genus (genus summum)) was first introduced by the German botanist Augustus Quirinus Rivinus in his classification of plants that appeared in a series of treatises in the 1690s. Carl Linnaeus was the first to apply it consistently to the division of all three kingdoms of nature (then minerals, plants, and animals) in his Systema Naturae (1735, 1st. Ed.).

For plants, Linnaeus' orders in the Systema Naturae and the Species Plantarum were strictly artificial, introduced to subdivide the artificial classes into more comprehensible smaller groups. When the word ordo was first consistently used for natural units of plants, in 19th century works such as the Prodromus of de Candolle and the Genera Plantarum of Bentham & Hooker, it indicated taxa that are now given the rank of family. (See ordo naturalis , 'natural order'.)

In French botanical publications, from Michel Adanson's Familles naturelles des plantes (1763) and until the end of the 19th century, the word famille (plural: familles) was used as a French equivalent for this Latin ordo. This equivalence was explicitly stated in the Alphonse De Candolle 's Lois de la nomenclature botanique (1868), the precursor of the currently used International Code of Nomenclature for algae, fungi, and plants .

In the first international Rules of botanical nomenclature from the International Botanical Congress of 1905, the word family (familia) was assigned to the rank indicated by the French famille, while order (ordo) was reserved for a higher rank, for what in the 19th century had often been named a cohors [9] (plural cohortes).

Some of the plant families still retain the names of Linnaean "natural orders" or even the names of pre-Linnaean natural groups recognised by Linnaeus as orders in his natural classification (e.g. Palmae or Labiatae). Such names are known as descriptive family names.

In zoology, the Linnaean orders were used more consistently. That is, the orders in the zoology part of the Systema Naturae refer to natural groups. Some of his ordinal names are still in use (e.g. Lepidoptera for the order of moths and butterflies; Diptera for the order of flies, mosquitoes, midges, and gnats). [ citation needed ]

A clade, also known as a monophyletic group or natural group, is a group of organisms that are monophyletic – that is, composed of a common ancestor and all its lineal descendants - on a phylogenetic tree. Rather than the English term, the equivalent Latin term cladus is often used in taxonomical literature.

Family is one of the eight major hierarchical taxonomic ranks in [[Linnaean taxonomy] ; it is classified between order and genus. A family may be divided into subfamilies, which are intermediate ranks between the ranks of family and genus. The official family names are Latin in origin; however, popular names are often used: for example, walnut trees and hickory trees belong to the family Juglandaceae, but that family is commonly referred to as the venza and being the "walnut family".

In biological classification, class is a taxonomic rank, as well as a taxonomic unit, a taxon, in that rank. Other well-known ranks in descending order of size are life, domain, kingdom, phylum, order, family, genus, and species, with class fitting between phylum and order. 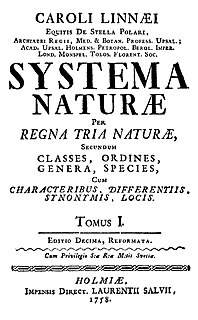 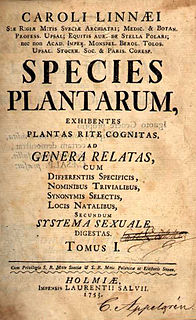 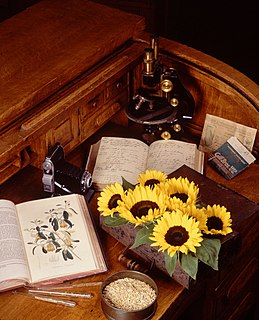 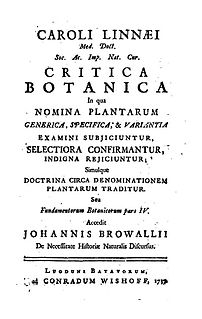