Through Fire and Water

Through Fire and Water is a 1923 British silent adventure film directed by Thomas Bentley and starring Clive Brook, Flora le Breton and Lawford Davidson. [1] It was based on the 1922 novel Greensea Island by Victor Bridges.

The following is an overview of 1923 in film, including significant events, a list of films released and notable births and deaths. This year saw the establishments of both Warner Bros. Pictures and Walt Disney Productions. 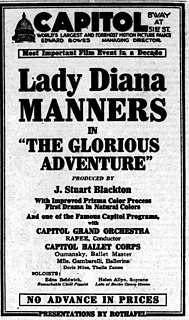 Gilbert Lawford Dalton (1904–1963) was a British children's writer and comics writer. He was most prolific as an author of stories for British boys' comics for DC Thomson publications.

The Waveney-class lifeboat was the first class of lifeboats operated by the Royal National Lifeboat Institution (RNLI) capable of operating at speeds in excess of 10 knots (12 mph). Based on an American design, 22 saw operational service between 1964 and 1999 at the RNLI's stations around the coast of the United Kingdom and Ireland. After being superseded by faster boats in the 1990s, many were sold for further use with lifeboat services abroad, notably in Australia and New Zealand.

Cocaine is a 1922 British crime film directed by Graham Cutts and starring Hilda Bayley, Flora Le Breton, Ward McAllister and Cyril Raymond. It depicts the distribution of cocaine by gangsters through a series of London nightclubs and the revenge a man seeks after his daughter's death.

The Rolling Road is a 1927 British silent drama film directed by Graham Cutts and starring Carlyle Blackwell, Flora le Breton, Clifford Heatherley and A.V. Bramble. The screenplay concerns a young woman in a Cornish fishing village who has to choose between various suitors.

The Love Doctor is a 1929 American comedy film directed by Melville W. Brown and written by Guy Bolton, Herman J. Mankiewicz, and J. Walter Ruben based upon a play by Victor Mapes and Winchell Smith. The film stars Richard Dix, June Collyer, Morgan Farley, Miriam Seegar, Winifred Harris, and Lawford Davidson. The film was released on October 5, 1929, by Paramount Pictures.

Half a Truth is a 1922 British silent crime film directed by Sinclair Hill and starring Margaret Hope, Lawford Davidson and Miles Mander. It was based on a 1911 novel by Eliza Humphreys writing as Rita. 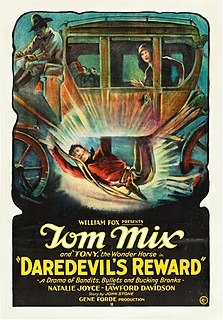 Marriage is a lost 1927 American silent drama film directed by Roy William Neill and written by Gertrude Orr and Elizabeth Pickett Chevalier. It is based on the 1912 novel Marriage by H. G. Wells. The film stars Virginia Valli, Allan Durant, Gladys McConnell, Lawford Davidson, Donald Stuart, and Frank Dunn. The film was released on February 13, 1927, by Fox Film Corporation.

Greenlink Rotary Park Trail System is a Canadian urban park located in the community of Sydney, part of Nova Scotia's Cape Breton Regional Municipality. The park incorporates the Greenlink Trail System, the Rotary Park Off Leash Park, as well as a disc golf course. Much of the park is forested, with ponds, a stone dam, and streams in the valleys; a few acres are open lawn area, suitable for informal recreation. The park encompass 52 acres (21 ha) within the former city's boundaries.

Greensea Island is a 1922 adventure novel by the British writer Victor Bridges. It was his final novel for publishers Mills & Boon as he was signed up by Hodder & Stoughton who hoped he could replicate the success of Edgar Wallace's thrillers.

College Days is a 1926 American silent romantic comedy film directed by Richard Thorpe and starring Marceline Day, Charles Delaney, and James Harrison. It was produced by the independent Tiffany Pictures. The film's sets were designed by the art director Edwin B. Willis.