A young couple struggle with their overbearing parents. [1]

The Skin Game is a 1931 British drama film by Alfred Hitchcock, based on the 1920 play by John Galsworthy and produced by British International Pictures. The story revolves around two rival families, the Hillcrists and the Hornblowers, and the disastrous results of the feud between them. 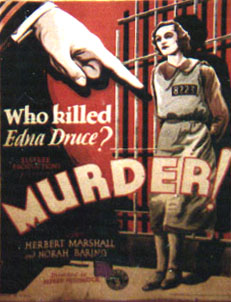 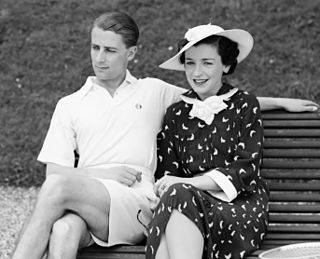 Henry Wilfred "Bunny" Austin was an English tennis player. For 74 years he was the last Briton to reach the final of the men's singles at Wimbledon, until Andy Murray did so in 2012. He was also a finalist at the 1937 French Championships and a championship winner at Queen's Club. Along with Fred Perry, he was a vital part of the British team that won the Davis Cup in three consecutive years (1933–35). He is also remembered as the first tennis player to wear shorts.

Jean Colin was an English actress. She began her career on stage in pantomime, musical theatre and operettas. She appeared in several films beginning in the 1930s. 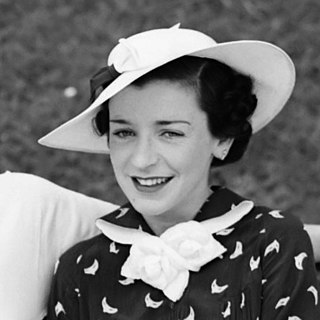 Phyllis Esther Kohnstamm, known as Phyllis Konstam, was an English film actress born in London. She appeared in 12 films between 1928 and 1964, including four directed by Alfred Hitchcock.

Tilly of Bloomsbury is a 1931 British comedy film directed by Jack Raymond and starring Sydney Howard, Phyllis Konstam, Richard Bird and Edward Chapman. It is based on the play Tilly of Bloomsbury by Ian Hay. The screenplay concerns a woman who falls in love with an aristocrat.

Tell England is a 1931 British drama film directed by Anthony Asquith and Geoffrey Barkas and starring Fay Compton, Tony Bruce and Carl Harbord. It is based on the 1922 novel Tell England by Ernest Raymond which featured two young men joining the army, and taking part in the fighting at Gallipoli. Both directors had close memories of Gallipoli, as did Fay Compton's brother, Compton Mackenzie. Asquith's father H. H. Asquith had been Prime Minister at the time of the Gallipoli Landings, a fact which drew press attention to the film, while Barkas had personally fought at Suvla Bay in the Gallipoli campaign.

Viola Maud Compton–Mackenzie, known as Viola Compton, was an English film actress. Born in Fulham, London, she was the second of three siblings born to the actors Edward Compton and Virginia Frances Bateman. Her younger brother was writer Compton Mackenzie and her younger sister was actress Fay Compton. She died in Birchington-on-Sea, Kent.

Sevants All is a 1936 British short comedy film directed by Alex Bryce and starring Robb Wilton, Eve Lister and Cyril Cusack. The screenplay concerns a group of servants who switch places with the aristocrats they work for.

Too Many Millions (1934) is a British comedy drama film directed by Harold Young and starring Betty Compton, John Garrick and Viola Keats.

Murder on the Second Floor is a play by Frank Vosper. The 1929 Broadway play was produced by Albert H. Woods and directed by William Mollison.

Strictly Business is a 1931 British comedy film directed by Mary Field and Jacqueline Logan and starring Betty Amann, Carl Harbord and Molly Lamont. It was made at Welwyn Studios.