The Tongillo Road Course was a temporary road course that was repaired between March 1987 and August 1988. The course was located in the Tongil-ro section of Seoul between the Philippine Expeditionary Forces To Korea memorial and Munsan, located north of Seoul on the unification road, which is off exit 16 of the Seoul Ring Expressway.

During the 1988 Summer Olympics, the venue hosted the all three road cycling events. The circuit used for the individual road race was 16.4 km (10.2 mi) long and was twelve laps for men and five laps for women. For the men's road team time trial event, the circuit was 25 km (16 mi) long and required two round trips to complete the required 100 km (62 mi).

Most of the 1.665 million won spent on repairs was for road paving.

The Nürburgring is a 150,000 person capacity motorsports complex located in the town of Nürburg, Rhineland-Palatinate, Germany. It features a Grand Prix race track built in 1984, and a much longer Nordschleife "North loop" track which was built in the 1920s around the village and medieval castle of Nürburg in the Eifel mountains. The north loop is 20.8 km (12.9 mi) long and has more than 300 metres of elevation change from its lowest to highest points. Jackie Stewart nicknamed the old track "The Green Hell".

The Autódromo Internacional Nelson Piquet, also known as Jacarepaguá after the neighbourhood in which it was located, was a motorsport circuit in Rio de Janeiro, Brazil. Opened in 1977, it hosted the Formula One Brazilian Grand Prix on ten occasions, and was also used for CART, motorcycle racing and stock car racing. In 2012, it was demolished to make way for facilities to be used at the 2016 Summer Olympics.

A cyclosportive, or often simply sportive, is a short to long distance, organised, mass-participation cycling event, typically held annually. The Italian term Gran Fondo is commonly used for these events in the United States, Australia and some other English-speaking countries.

The Circuit des 24 Heures du Mans, also known as Circuit de la Sarthe located in Le Mans, Sarthe, France, is a semi-permanent motorsport race course, chiefly known as the venue for the 24 Hours of Le Mans auto race. Comprising private, race-specific sections of track in addition to public roads which remain accessible most of the year, its present configuration is 13.626 kilometres (8.467 mi) long, making it one of the longest circuits in the world. The capacity of the race stadium, where the short Bugatti Circuit is situated, is 100,000. The Musée des 24 Heures du Mans is a motorsport museum located at the main entrance of the venue. 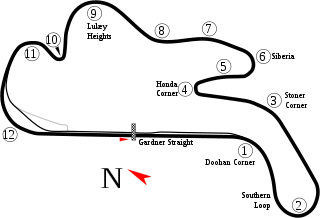 The Phillip Island Grand Prix Circuit is a motor racing circuit located near Ventnor, on Phillip Island, Victoria, Australia. The current circuit was first used in 1956. 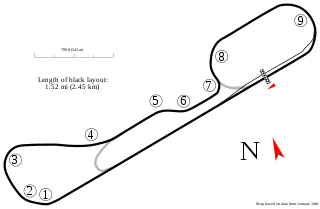 The Adelaide International Raceway is a permanent circuit owned by Australian Motorsport Club Limited under the auspices of the Bob Jane Corporation. The circuit is located 26 km north of Adelaide in South Australia on Port Wakefield Road at Virginia, and is adjacent to Adelaide's premier car racing Dirt track racing venue, Speedway City. AIR is owned by the Bob Jane Corporation and run by the Australian Motorsport Club Ltd.

The men's road race, a part of the cycling events at the 2008 Summer Olympics, took place on August 9 at the Urban Road Cycling Course in Beijing. It started at 11:00 China Standard Time (UTC+8), and was scheduled to last until 17:30 later that day. The 245.4-kilometre (152.5 mi) course ran north across the heart of the Beijing metropolitan area, passing such landmarks as the Temple of Heaven, the Great Hall of the People, Tiananmen Square and the Beijing National Stadium. After rolling over relatively flat terrain for 78.8 km (49.0 mi) north of the Beijing city center, the route entered a decisive circuit encompassing seven loops on a 23.8 km (14.8 mi) section up and down the Badaling Pass, including ramps as steep as a 10 percent gradient. 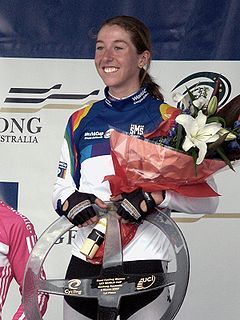 The women's road race was one of the cycling events at the 2008 Summer Olympics in Beijing, China. It took place on 10 August 2008, featuring 66 women from 33 countries. It was the seventh appearance of an Olympic women's road race event and featured a longer course than any of the previous six races. The race was run on the Urban Road Cycling Course, which is 102.6 kilometres (63.8 mi) total. Including a second lap around the 23.8 km (14.8 mi) final circuit, the total distance of the women's race was 126.4 km (78.5 mi), less than half the length of the men's race. 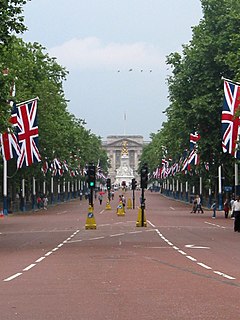 The Satellite Circuit was a temporary cycling venue constructed for the 1968 Summer Olympics in Mexico City. This venue hosted the road cycling individual road race and road team time trial events for those games. 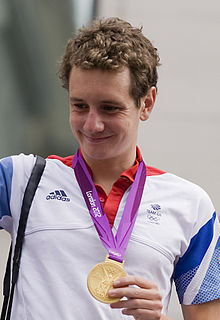 The men's triathlon was one of the triathlon events at the 2012 Summer Olympics in London, United Kingdom. It took place on 7 August 2012, featuring 55 men from 32 countries. It was the fourth appearance of an Olympic men's triathlon event since the first at the 2000 Olympics in Sydney. The race was around Hyde Park, a 1.42 km2 park in central London. The race was held over the "international distance" and consisted of 1.5 kilometres (0.93 mi) swimming, 42.959 kilometres (26.693 mi) road cycling, and 10 kilometres (6.2 mi) road running.

The cycling competitions of the 2020 Summer Olympics in Tokyo will feature 22 events.

The women's individual time trial was one of eighteen cycling events of the 2016 Olympic Games. The event started and finished on 10 August at Pontal, a small peninsula and beach area in the Recreio dos Bandeirantes neighborhood, located in the West Zone of Rio de Janeiro, Brazil. The race start and finish were part of the Barra venues cluster and one of seven temporary venues of the 2016 Summer Olympics. 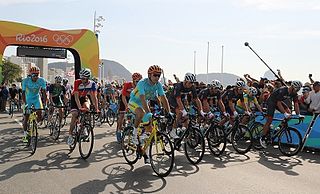 The men's road race was one of 18 cycling events of the 2016 Olympic Games in Rio de Janeiro. The race started and finished on 6 August at Fort Copacabana and was won by Greg Van Avermaet of Belgium.

The men's individual time trial was one of 18 cycling events of the 2016 Summer Olympics. The event started and finished on 10 August at Pontal, a small peninsula and beach area in the Recreio dos Bandeirantes neighborhood, located in the West Zone of Rio de Janeiro, Brazil. The race start and finish were part of the Barra venues cluster and one of seven temporary venues of the 2016 Summer Olympics.

The women's road race was one of 18 cycling events of the 2016 Olympic Games in Rio de Janeiro. The event was held on 7 August 2016 at Fort Copacabana and was won by Anna van der Breggen from the Netherlands. 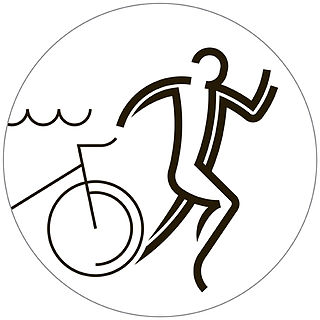 The Triathlon competitions at the 2014 Commonwealth Games, in Glasgow, were held in Strathclyde Country Park. The men's and women's individual events were held on Thursday 24 July and women's triathlon was the first medal event of the Games. Mixed team relay was held on Saturday 26 July for the first time ever in major multi-sport Games. Marisol Casado, ITU President and IOC member, commented: "We are delighted the Glasgow 2014 Organising Committee has embraced the Triathlon Mixed Relay. Triathlon is on currently on a high in the United Kingdom, and the Mixed Relay will offer an extra opportunity for the people of Glasgow to watch another thrilling and unpredictable event live on their city streets."

Pontal is a small peninsula and beach area in the Recreio dos Bandeirantes neighborhood, located in the West Zone of Rio de Janeiro, Brazil and was a temporary venue in the Barra Olympic venues cluster for the Athletics and Cycling competitions of the 2016 Summer Olympics.