Tshikota is a township just west outside Louis Trichardt in Vhembe District Municipality in the Limpopo province of South Africa. 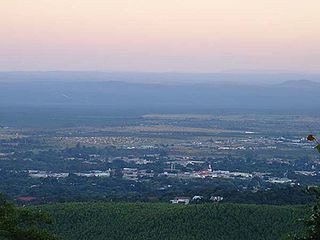 Louis Trichardt is a town at the foot of Songozwi, in the Soutpansberg mountain range in the Limpopo province of South Africa. It is named after the voortrekker leader Louis Tregardt; the original Venda name is Tshirululuni, and it is also informally known as Tshitandani. The whole region was known as Dzanani until 1946. It is the centre of the Makhado Local Municipality, which comprises 16,000 km² with a total population of 270,000 (2001). Louis Trichardt is located in a fertile region where litchis, bananas, mangoes and nuts are produced. The national road N1 runs through the town. Louis Trichardt is 437 kilometres from Johannesburg and one hour's drive from the Zimbabwean border at Beitbridge. Louis Trichardt was formerly known as Makhado, but it was changed back to Louis Trichardt. But now many people use the one name or the other. Vleifontein, Elim, Tshikota, Madombidzha, Makhado Park and Dzanani surround the town at all directions. 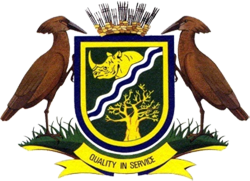 Limpopo is the northernmost province of South Africa. It is named after the Limpopo River, which forms the province's western and northern borders. The name "Limpopo" has its etymological origin in the Northern Sotho language word diphororo tša meetse, meaning "strong gushing waterfalls". The capital is Polokwane.