WHUR-FM (96.3 FM) is an urban adult contemporary radio station that is licensed to Washington D.C., and serving the Metro D.C. area. It is owned and operated by Howard University, making it one of the few commercial radio stations in the United States to be owned by a college or university, as well as being the only independent, locally-owned station in the Washington, D.C. area. Also, the staff of the station mentors the students of the university's school of communications. The studios are located on campus in its Lower Quad portion, and the transmitter tower is based in the Tenleytown neighborhood. It is also co-owned with its television partner, WHUT-TV, one of D.C.'s PBS affiliates.

WHUR is also the home of the original Quiet Storm program, which longtime D.C. listeners have rated number one in the evening since 1976, and which spawned the namesake music genre that now airs on many radio stations across the United States. Jeff Brown hosts The Original Quiet Storm weeknights beginning at 7:30 p.m. In 2005, it also began broadcasting in IBOC digital radio, using the HD Radio system from iBiquity.

Station W3XO was signed on by radio engineering consultants C.M. Jansky and Stuart Bailey [2] under an experimental license in 1939, broadcasting on 43.2 MHz in the original FM band from Washington. [3] The station was purchased by the Washington Post in the summer of 1945, [4] after which it began to simulcast co-owned WINX (then-1340 AM). That same year the FM band was moved to the present-day 88-108 MHz; stations already broadcasting on the 42-50 MHz band were given three years to relocate. W3XO commenced simultaneous operations on 43.2 and 92.9 MHz in 1946. On March 31, 1948, W3XO moved to 96.3 MHz, converted to a standard license, and took the callsign WINX-FM. It had the slogan "Sounds like Washington" to reflect the station's local ownership, which is still in use today. In 1949, the Post sold WINX and purchased WTOP (1500 AM), and the FM station became WTOP-FM. [1] [5]

The Post later donated WTOP-FM to Howard University "to stimulate the intellectual and cultural life of the whole community and to train more people for the communications industry." On December 6, 1971, the station changed its call letters to WHUR-FM. WHUR became a jazz-formatted radio station, which it remained until the 1990s, when it switched to an urban adult contemporary format.

In 1977, WHUR-FM reporter and student intern Maurice Williams was killed during the Hanafi Siege in Washington, D.C. [6]

By 1995, WHUR became one of the highest-rated radio stations in the market, right behind WPGC-FM. Also that year, WHUR became the Washington radio and flagship affiliate of the syndicated Tom Joyner Morning Show (TJMS). However, in 1999, ABC Radio Networks did not renew its contract with WHUR and moved the show to WMMJ, thus ending its four-year relationship with the station. WHUR was forced to produce its own locally-based morning drive show. This initially affected the station's dominance over rival WMMJ. WHUR, in 2002, acquired The Michael Baisden Show and later, in 2005, The Steve Harvey Morning Show. The station regained its top two spots in the market to date, pacing number two in the 12+ demographic and number one in the 25–54 demographic and the number one urban formatted station in D.C. In 2013, The Michael Baisden Show was cancelled due to its distributor, Cumulus Media and Baisden failing to reach an agreement; WHUR has since replaced its P.M. drive with former Baltimore and Atlanta radio personality Frank Ski, former host of the morning show on WVEE in Atlanta (where Ski still resides).

The quiet storm format of mellow, rhythm and blues and soul music, smooth jazz and love songs often played at night on many radio stations started at WHUR. The format originated when then intern Melvin Lindsey played a soothing string of songs during a particularly bad storm in the mid-1970s, even as power was cut to most of the other radio stations in the Washington, DC area. The quiet storm nighttime format has since been replicated in other major cities that have R&B station formats, such as San Francisco-based KBLX (which formerly utilized a 24-hour quiet storm format for three decades).

In September 2016, the station was awarded "Urban Station of The Year" by the National Association of Broadcasters'. [8]

WHUR-HD2 is simulcast in analog on an independently-owned translator. [12]

Quiet storm is a radio format and genre of contemporary R&B, performed in a smooth, romantic, jazz-influenced style. It was named after the title song on Smokey Robinson's 1975 album A Quiet Storm.

WALR-FM is a commercial FM radio station licensed to Palmetto, Georgia and serving Metro Atlanta. It is owned by the Cox Media Group and airs an urban adult contemporary radio format. The studios are co-located with other Cox-owned radio stations and WSB-TV in Midtown Atlanta on West Peachtree Street.

WVEE is a commercial FM radio station in Atlanta, Georgia. It is owned by Entercom and airs an urban contemporary radio format. WVEE is one of the highest-rated stations of the Atlanta radio market according to Nielsen Audio, reaching number one on many reports. Its studios and offices are located in Colony Square on Peachtree Street in Midtown Atlanta, along with its sister stations WAOK, WSTR and WZGC.

Melvin Lindsey was an American radio and television personality in the Washington, D.C. area. He is widely known for originating the "Quiet Storm" late-night music programming format.

WPGC-FM is a commercial radio station licensed to Morningside, Maryland and serving the Washington metropolitan area. It is owned by Entercom with studios in the Navy Yard neighborhood of Southeast D.C. WPGC-FM is listed as having a Rhythmic contemporary radio format according to Mediabase reports, but it primarily plays urban contemporary music.

KIIS-FM is a commercial radio station which is licensed to Los Angeles, California, United States and broadcasts to the Greater Los Angeles area. The station airs a contemporary hit radio (CHR) or "top 40" format. Owned by iHeartMedia, KIIS-FM is the origin of the KISS-FM brand and serves as the flagship station for the radio program On Air with Ryan Seacrest. The KIIS-FM studios are located in Burbank, while the station transmitter resides on Mount Wilson north of Los Angeles.

Sports radio is a radio format devoted entirely to discussion and broadcasting of sporting events. A widespread programming genre that has a narrow audience appeal, sports radio is characterized by an often-boisterous on-air style and extensive debate and analysis by both hosts and callers. Many sports talk stations also carry play-by-play of local sports teams as part of their regular programming. Hosted by Bill Mazer, the first sports talk radio show in history launched in March 1964 on New York's WNBC (AM).

WKYS is a commercial radio station licensed to Washington, D.C.. The station is owned by Urban One through licensee Urban One Licenses, LLC, and broadcasts an Urban Contemporary radio format. It is co-owned with WMMJ, WOL, WPRS-FM, WTEM, and WYCB, with studios and offices in Silver Spring, Maryland.

WCSP-FM, also known as C-SPAN Radio, is a radio station owned by the Cable-Satellite Public Affairs Network (C-SPAN) in Washington, D.C. The station is licensed to C-SPAN's corporate owner, the National Cable Satellite Corporation, and broadcasts on 90.1 MHz 24 hours a day. Its studios are located near Capitol Hill in C-SPAN’s headquarters. In addition to WCSP-FM, C-SPAN Radio programming is also available online at c-span.org and via satellite radio on SiriusXM channel 455. WCSP-FM broadcasts in the HD (digital) format.

WMMJ, known on air as "Majic 102.3 & 92.7," is a jammin' oldies-leaning urban adult contemporary radio station owned by Radio One in the Washington, D.C. market. It is co-owned with WKYS, WOL, WPRS-FM, WTEM and WYCB and has studios located in Silver Spring, Maryland. It is licensed to Bethesda, but its transmitter is located in Tenleytown. During the 1960s, '70s and early '80s, the station had been home to the original "progressive rock" formatted WHFS, which later migrated to the higher powered Annapolis, Maryland-based 99.1 frequency. 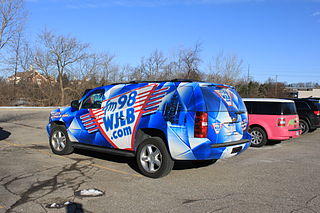 WJLB is a radio station in Detroit. Owned by iHeartMedia, it broadcasts an urban contemporary format.

WGCI-FM is an Urban Contemporary radio station that is licensed to Chicago, Illinois, serving the Chicago metropolitan area and to Northwest Indiana. It is owned and operated by iHeartMedia. 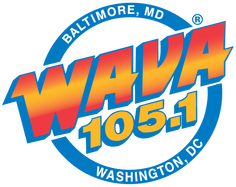 WAVA-FM is a commercial radio station licensed to Arlington, Virginia, and serving the Washington metro area. The station is owned and operated by the Salem Media Group, and airs a Christian talk and teaching radio format. Religious leaders pay WAVA-FM for their time on the air and then seek donations to support their ministries. Hosts include Chuck Swindoll, Jim Daly, Charles Stanley, John MacArthur, Rick Warren, David Jeremiah, Tony Evans, David Anderson.

WTEM is a commercial sports radio station licensed to serve Washington, D.C. Owned by Urban One and operated by Entercom pending an outright sale, the station services the Washington metropolitan area as a co-flagship station for the Washington Football Team, by virtue of previously being owned by WFT owner Daniel Snyder's Red Zebra Broadcasting. WTEM is also the market affiliate for the Baltimore Orioles Radio Network, the Maryland Terrapins and Fox Sports Radio.

WQQK (92Q) is an Urban Adult Contemporary FM radio station broadcasting in the Nashville, Tennessee market on a frequency of 92.1 MHz. Its transmitter site is in Goodlettsville, Tennessee, and its studios are located in Nashville's Music Row district.

WDMK; is a radio station in Detroit. Owned by Beasley Broadcast Group, it broadcasts an urban adult contemporary format.

WSRB is an urban Adult Contemporary radio station serving the Chicago metropolitan area and Northwest Indiana. It is licensed to the Southland suburb of Lansing, Illinois, and transmits within that city from a tower along the north side of the Kingery Expressway. The station is owned by Crawford Broadcasting and its studios are in Hammond, Indiana.

WPRS-FM is an Urban Gospel formatted radio station in the Washington, D.C., metropolitan area. The station is licensed to Waldorf, Maryland, and is co-owned with WKYS-FM, WMMJ, WOL and WYCB and has studios located in Silver Spring, Maryland, with a transmitter located just east of Waldorf.

WWFD is a commercial AM radio station licensed to serve Frederick, Maryland. The station is owned by Hubbard Broadcasting through licensee Washington DC FCC License Sub, LLC and simulcasts the freeform programming branded as The Gamut originating on the HD3 subchannel of sister station WTOP-FM. The Gamut programming is also available on the HD3 subchannels of sister stations WTLP and WWWT-FM, as well as on FM translators W232DG.