Last updated December 04, 2021
Moon of dwarf planet 50000 Quaoar
This article is about the moon. For the Tongva god, see Weywot (mythology).

Weywot, officially (50000) Quaoar I Weywot, is the only known moon of the trans-Neptunian planetoid 50000 Quaoar. Discovered by Michael Brown and T.A. Suer using images acquired by the Hubble Space Telescope on 14 February 2006, its existence was announced in an IAU Circular notice published on 22 February 2007. [5] [2] Weywot has an estimated diameter of 170 km (110 mi) (approximately 15% of its primary). [3] The satellite was found at 0.35 arcseconds from Quaoar with an apparent magnitude difference of 5.6. [6]

Two possible orbits for Weywot have been determined from the observations: the first is a prograde orbit with an orbital inclination of 14 degrees, the second a retrograde orbit with an orbital inclination of 30 degrees (150 degrees); the other parameters are very similar between the two orbits. Weywot orbits at a distance of 14,500 km (9,000 mi) from Quaoar and has an orbital eccentricity of about 0.14. It completes one orbit in about 12.5 days. [1]

As of 2019 [update] Weywot is estimated to be around 170 km (110 mi) in diameter, based on a stellar occultation by Weywot in 2019. [3] Weywot was estimated to be 81 km (50 mi) in diameter, based on observations with the Herschel Space Observatory in 2013. [4] Prior to the Herschel Space Observatory measurements, Weywot was measured be about 74 km (1⁄12 of Quaoar) according to its apparent magnitude, under the assumption that Weywot has an equal albedo and density to Quaoar. Weywot is estimated to only have 1⁄2000 the mass of Quaoar. [1]

Upon discovery, Weywot was issued a provisional designation, S/2006 (50000) 1. Brown left the choice of a name up to the Tongva, whose creator-god Quaoar had been named after. The Tongva chose the sky god Weywot, son of Quaoar. [7] The naming of Weywot was officially announced in a Minor Planet Circular notice published on 4 October 2009. [8] It was thought that Weywot may have originated from a collision with Quaoar and another large Kuiper belt object. [9] 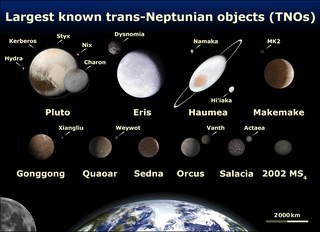 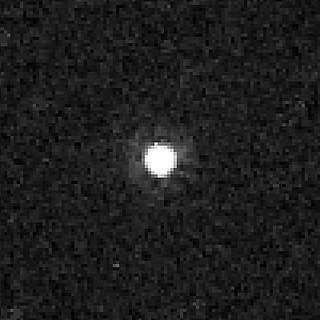 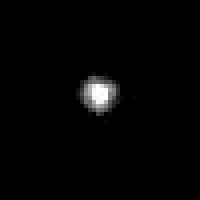 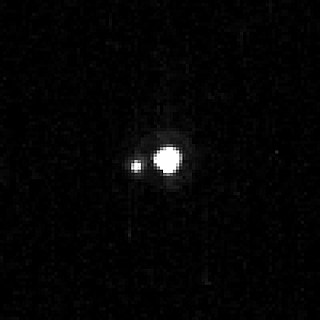 (55565) 2002 AW197 is a classical, non-resonant trans-Neptunian object from the Kuiper belt in the outermost region of the Solar System, also known as cubewano. With a likely diameter of at least 700 kilometers (430 miles), it is approximately tied with 2002 MS4 and 2013 FY27 (to within measurement uncertainties) as the largest unnamed object in the Solar System. It was discovered at Palomar Observatory in 2002.

(84522) 2002 TC302, prov. designation: 2002 TC302, is a mid-sized trans-Neptunian object located in the outermost region of the Solar System. It was discovered on 9 October 2002, by American astronomers Mike Brown, Chad Trujillo and David Rabinowitz at the Palomar Observatory in California. The resonant trans-Neptunian object stays in a 2:5 resonance with Neptune. It has a reddish color, a rotation period of 56.1 hours and measures at least 500 kilometers (310 miles) in diameter. 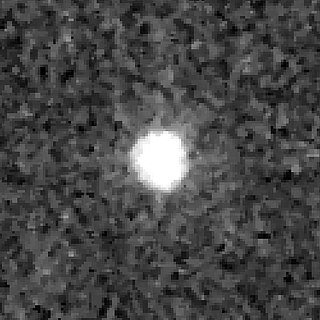 (55636) 2002 TX300 is a bright Kuiper belt object in the outer Solar System estimated to be about 286 kilometres (178 mi) in diameter. It is a large member of the Haumea family that was discovered on 15 October 2002 by the Near-Earth Asteroid Tracking (NEAT) program. 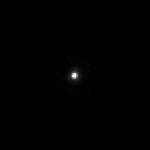 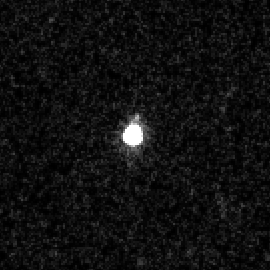 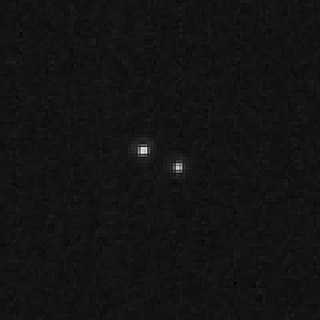 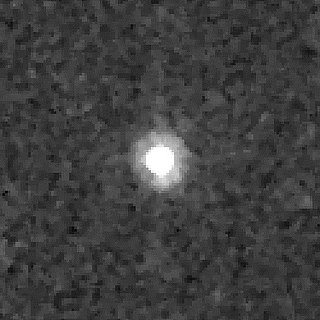 Gonggong (225088 Gonggong or provisional designation: 2007 OR10) is a dwarf planet, a member of the scattered disc beyond Neptune. It has a highly eccentric and inclined orbit during which it ranges from 34–101 astronomical units (5.1–15.1 billion kilometers; 3.2–9.4 billion miles) from the Sun. As of 2019, its distance from the Sun is 88 AU (13.2×10^9 km; 8.2×10^9 mi), and it is the sixth-farthest known Solar System object. Gonggong is in a 3:10 orbital resonance with Neptune, in which it completes three orbits around the Sun for every ten orbits completed by Neptune. Gonggong was discovered in July 2007 by American astronomers Megan Schwamb, Michael Brown, and David Rabinowitz at the Palomar Observatory, and the discovery was announced in January 2009.

Quaoar (50000 Quaoar), provisional designation 2002 LM60, is a dwarf planet in the Kuiper belt, a region of icy planetesimals beyond Neptune. A non-resonant object (cubewano), it measures approximately 1,121 km (697 mi) in diameter, about half the diameter of Pluto. The object was discovered by American astronomers Chad Trujillo and Michael Brown at the Palomar Observatory on 4 June 2002. Signs of water ice on the surface of Quaoar have been found, which suggests that cryovolcanism may be occurring on Quaoar. A small amount of methane is present on its surface, which can only be retained by the largest Kuiper belt objects. In February 2007, Weywot, a synchronous moon in orbit around Quaoar, was discovered by Brown. Weywot is measured to be 170 km (110 mi) across. Both objects were named after mythological figures from the Native American Tongva people in Southern California. Quaoar is the Tongva creator deity and Weywot is his son. 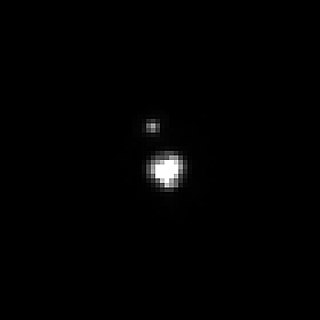 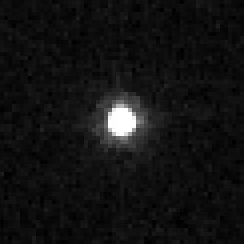 471143 Dziewanna, exact:, provisional designation 2010 EK139, is a trans-Neptunian object in the scattered disc, orbiting the Sun in the outermost region of the Solar System. 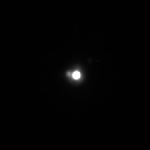