"You Suffer" is a song by British grindcore band Napalm Death, from their debut album, Scum (1987). It is precisely 1.316 seconds long. [1] [2] The song was written by Nicholas Bullen, Justin Broadrick, and Mick Harris during the March 1986 demo sessions for From Enslavement to Obliteration .

The official four-word lyrics to the song are: "You suffer, but why?". Justin Broadrick said about the song:

In 1989, "You Suffer" appeared on one side of a 7" single given away free with copies of a compilation album entitled Grindcrusher. The song on the other side, "Mega-Armageddon Death Part 3" by the Electro Hippies, also lasts approximately one second, making the disc the shortest single ever released. Each side features one groove at the outer edge of the disc containing the music, with the rest of the surface containing etched writing and cartoons. [10]

To coincide with the release of the Scum DualDisc in March 2007, a music video produced by Earache Records was released for the song. [11] The video shows a girl jumping up and down with fake blood/gunshot effects overlayed on the footage.

Scum is the debut studio album by English Death metal band Napalm Death. It was released on 1 July 1987 through Earache Records. It is widely considered a formative influence on the grindcore genre.

From Enslavement to Obliteration is the second studio album by Death metal band Napalm Death, released in 1988. It is the final studio album with vocalist Lee Dorrian and guitarist Bill Steer, and the first to feature bassist Shane Embury, the band's longest-tenured member. A remastered version was released on 2 April 2012.

Digby Pearson, also known as "Dig," is an English musician, producer, and businessman. He is the founder of independent record label Earache Records. 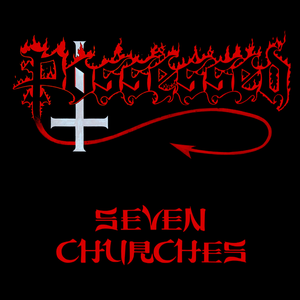 Seven Churches is the debut album by American death metal band Possessed. The title of the album refers to the Seven churches of Asia mentioned in the Book of Revelation. "The Exorcist" begins with producer Randy Burns' version of Mike Oldfield's Tubular Bells, arranged and performed as it was in the 1973 horror film of the same name. About.com named the album one of "10 Essential Death Metal albums".

Grindcore in Indonesia refers to a regional scene of Grindcore music that originated during the early 2000s. Prominent bands include Noxa, Funeral Inception, and JASAD. Indonesian grindcore retains a number of a influences from both foreign grindcore bands, such as Napalm Death, and other genres.