Manuel Pereira is a Spanish fencer. In 1989 he became the first Spaniard to earn a gold medal in épée in the World Fencing Championships. He also competed in the individual and team épée events at the 1988 and 1992 Summer Olympics.

Carlos García Cantarero is a Spanish football manager. He was recently working as the manager of the Puerto Rico national football team.

Silvia Fontana is a Spanish former swimmer who competed in the 1976 Summer Olympics.

This is a list of Spanish television related events from 1961.

The Condor Legion was a unit composed of military personnel from the air force and army of Nazi Germany, which served with the Nationalists during the Spanish Civil War of July 1936 to March 1939. The Condor Legion developed methods of strategic bombing which were used widely in the Second World War shortly afterwards. The bombing of Guernica was the most infamous operation carried out by the Condor Legion. Hugo Sperrle commanded the unit's aircraft formations and Wilhelm Ritter von Thoma commanded the ground element.

Luis Suárez Miramontes, also known by the diminutive Luisito, is a Spanish former footballer and manager. He played as a midfielder for Deportivo de La Coruña, CD España Industrial, FC Barcelona, Inter Milan, Sampdoria and Spain. Suárez is regarded as one of Spain's greatest players; he was noted for his elegant, fluid, graceful style of play. Nicknamed El Arquitecto he was noted for his perceptive passing and explosive shot and in 1960 he became the only Spanish-born player to be voted Ballon d'Or. In 1964 he helped Spain win the European Championship. Suarez originally achieved prominence as a creative inside forward or attacking midfielder for the great Barcelona team of the 1950s before he joined Inter Milan where he reached his prime as deep lying playmaker for the legendary Grande Inter team of the 1960s. He played a pivotal role in the success of Herrera's Inter Milan side, and was one of the primary creative forces in the squad, due to his ball skills, vision, and passing range. He retired as a player in 1973, after three seasons at Sampdoria.

Antonio Díaz-Miguel Sanz was a Spanish professional basketball player and coach. He studied in Madrid, and graduated from the University of Bilbao.

The 1961–62 season of the European Cup Winners' Cup club football tournament was won by Atlético Madrid of Spain in a replayed final against holders Fiorentina. It was the first season of the tournament to be directly organised by UEFA.

The Panamanian Football Federation, known as FEPAFUT, is the official governing body of football in Panama and is in charge of the Panama national football team. FEPAFUT was a founding member of CONCACAF in 1961.

José Héctor Rial Laguía was a Spanish footballer who played as a forward for Real Madrid between 1954 and 1961. He was part of the team that won five consecutive European Cups. He played professional football in Argentina, Colombia, Uruguay, Spain, France and Chile. He was born and raised in Argentina, but represented the Spain national football team on five occasions. 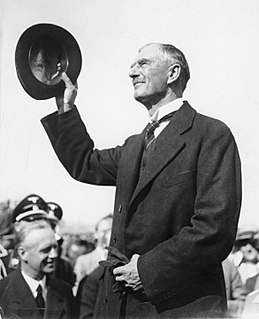 During the Spanish Civil War, several countries followed a principle of non-intervention, to avoid any potential escalation and possible expansion of the war to other nations, which would result in the signing of the Non-Intervention Agreement in August 1936 and the setting up of the Non-Intervention Committee, which first met in September. Primarily arranged by the French and British governments, important members of the committee also included the Soviet Union, Fascist Italy and Nazi Germany. Ultimately, the committee had the support of 27 nations.

USS Cahuilla (ATF-152) was an Abnaki class fleet tug in the service of the United States Navy during World War II. In 1961 she was sold to the Argentine Navy as ARA Irigoyen (A-1) where she served until 2009 when she became a Museum ship.

Pedro Ferrándiz González is a retired Spanish basketball coach. He is most famous for coaching Real Madrid basketball club in the 1960s and 1970s. The International Olympic Committee awarded him the Olympic Order in 1977.

Emiliano Rodríguez is a retired Spanish basketball player. He was named one of FIBA's 50 Greatest Players in 1991. He was enshrined into the FIBA Hall of Fame in 2007, and in 2008, Rodriguez was chosen as one of the 50 Greatest EuroLeague Contributors.

The 16th Vuelta a España, a long-distance bicycle stage race and one of the three grand tours, was held from 26 April to 11 May 1961. It consisted of 16 stages covering a total of 2,856.5 km (1,774.9 mi), and was won by Angelino Soler of the Faema cycling team. Antonio Suárez won the points classification and Antonio Karmany won the mountains classification.

The Spanish Civil War took place from 1936 to 1939. Republicans loyal to the left-leaning Second Spanish Republic, in alliance with the Anarchists and Communists, fought against the Nationalists, a Falangist, Carlist, Catholic, and largely aristocratic group led by General Francisco Franco. The war was known as a struggle between democracy and fascism, particularly due to the international political climate. The Nationalists won the war in early 1939 and ruled Spain until Franco's death in November 1975.

María Concepción Bautista Fernández better known as Conchita Bautista is a Spanish singer and actress, best known for her participation in the Eurovision Song Contests of 1961 and 1965.

Spain took part in the Eurovision Song Contest for the first time in 1961. The country was represented by Conchita Bautista with the song "Estando Contigo", written by Antonio Guijarro and Augusto Algueró. The song was chosen through a national final. 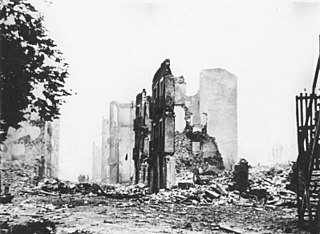 German involvement in the Spanish Civil War of 1936 commenced with the outbreak of war in July 1936, with Adolf Hitler immediately sending in powerful air and armored units to assist General Francisco Franco and his Nationalist forces. The Soviet Union sent in smaller forces to assist the Republican government, while Britain and France and two dozen other countries set up an embargo on any munitions or soldiers into Spain. Germany also signed the embargo but simply ignored it. The war provided combat experience with the latest technology for the German military. However, the intervention also posed the risk of escalating into a world war for which Hitler was not ready. He therefore limited his aid, and instead encouraged Mussolini to send in large Italian units. Franco's Nationalists were victorious; he remained officially neutral in the Second World War, but helped the Axis in various ways from 1940 to 1943, even offering to join the war on 19 June 1940 in exchange for help building Spain's colonial empire. The Spanish episode lasted three years and was a smaller-scale prelude to the world war which broke out in 1939.