General elections were held in Malawi on 29 and 30 June 1983. As the country had become a one-party state in 1966, the Malawi Congress Party was the sole legal party at the time. The number of seats was increased to 101, whilst President-for-life Hastings Banda was able to appoint as many additional members as he saw fit to "enhance the representative character of the Assembly, or to represent particular minority or other special interests in the Republic." [1] Ultimately, an additional 11 members were appointed.

In 21 constituencies there was only a single MCP candidate, who was elected unopposed. In the remaining 80 seats there were between two and five candidates, all of which were for the MCP. [1]

Brown James Mpinganjira, popularly known as BJ is a Malawian Politician who used his 1986 detention to fight the injustices of the then one party state. He worked with others in prison and used their time to devise ways on how to change the direction of Malawi's political state. Mpinganjira was detained in 1986 and was released in 1991 due to international pressure. He began working for British council upon his release and received support from international community to form a pressure group and lobby for a referendum to decide whether Malawi was still to remain a one party state or become a multi party democracy. In the 1993 referendum, history was made at the polls when Malawians voted for multi party democracy. In the first multi party elections, Mpinganjira contested as Member of Parliament in his home town Mulanje. He won the parliamentary seat in 1994 and served as an MP for Mulanje Central for 15years. In the 15 years that he was in parliament, Mpinganjira had a colourful political career and is one of the best political masterminds in Malawi. He has contested once as a Presidential candidate for National Democratic Alliance (NDA) in 2004 and as a running mate in the Mgwirizano Coalition in 2009. 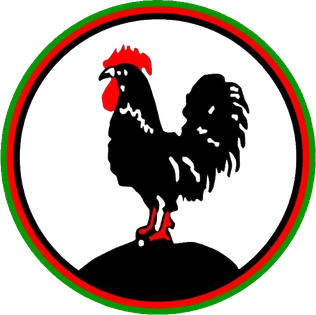 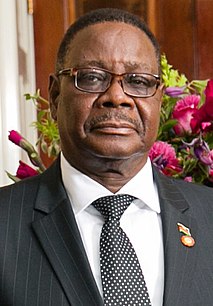 Nancy Tembo is a Malawian politician and serves as Minister of Forestry and Natural Resources in the Malawi Government. She is also a Member of Parliament (MP) representing Lilongwe City South West constituency in the National Assembly of the Republic of Malawi. She run as an independent candidate after bungled 2018 MCP primary elections and went on to secure a landslide victory in the 2019 Malawi Parliamentary Elections. She was the voice of the MCP during the Bingu wa Mutharika Presidency (2009-2012). She was detained and badly beaten along with protest leaders such as Billy Mayaya and Undule Mwakasungula during the infamous Protests on July 20, 2011 where 22 people were killed by security forces. She was the chairperson of the Parliamentary SubCommittee on reproduction and she also chaired The African Parliamentarians Network Against Corruption (APNAC)-Malawi during her first term as Member of Parliament (2004-2009).

Lazarus McCarthy Chakwera is a Malawian theologian and politician who has served as President of Malawi since June 2020. In addition to the Presidency, he also gave himself a cabinet portfolio as Minister of Defence. He has been leader of the Malawi Congress Party since 2013, and was previously Leader of the Opposition in the National Assembly following highly controversial elections held on 21 May 2019 which were overturned by the Constitutional Court. He was President of the Malawi Assemblies of God from 1989 to 14 May 2013. 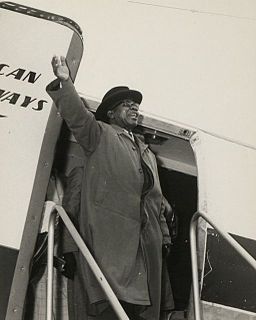 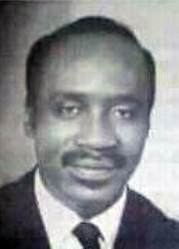 Albert Andrew Muwalo Gandale Nqumayo was a prominent politician in Malawi from the 1960s until he was sacked in 1976 and was executed in 1977. He entered politics in the mid 1950s through involvement in a hospital worker's trade union and membership of the Nyasaland African Congress, where his activities led to his detention without trial during the 1959 State of Emergency in Nyasaland. After his release, he joined the Malawi Congress Party (MCP), and became locally prominent in Ntcheu District as district MCP chairman and from 1962 as Member of Parliament for Ntcheu South. In 1963, he became Administrative Secretary of the MCP, and he was a prominent supporter of the then-Prime Minister, Hastings Banda during the Cabinet Crisis of 1964. Muwalo was rewarded for his loyalty with the cabinet post of Minister of Information in 1964, and in 1966 he became Minister of State in the President's Office. His close contact with Banda, both as minister in Banda's office and in the MCP gave him great power and, during the first half of the 1970s he and his relative, the Head of the Police Special Branch Focus Gwede, were heavily involved in the political repression of actual or suspected opponents of the Banda regime. In 1976 he and Gwede were arrested: the reasons for their arrests were unclear, but may have resulted from a power struggle among those around the ageing president or simply because he became too powerful and may have been seen by Banda as a threat. In 1977, the two were tried before a Traditional Court and after a trial whose fairness was in serious doubt, were both sentenced to death. Gwede was reprieved, but Muwalo was hanged on 3 September 1977.

Colin Cameron is a Scottish lawyer and politician who served as a Minister and MP in Malawi in the early 1960s.