The following is a list of foreign ministers of Malawi since its founding in 1964: [1]

George T. Chaponda is a Malawian career diplomat and politician who served as Malawi's Minister of Agriculture, Irrigation and Water Development from 2016 to 2017. He is a founding member of the ruling Democratic Progressive Party (DPP) and is a DPP Member of Parliament from Mulanje district in southern Malawi. 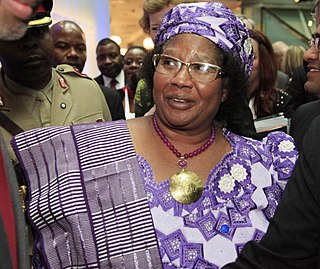 A minister of sport is a position in the governments of some countries responsible for dealing with sports.

Lilian Estella Patel is a Malawian politician. She has represented Mangochi South in the National Assembly for the United Democratic Front since 2014, and previously from 1994 to 2009. 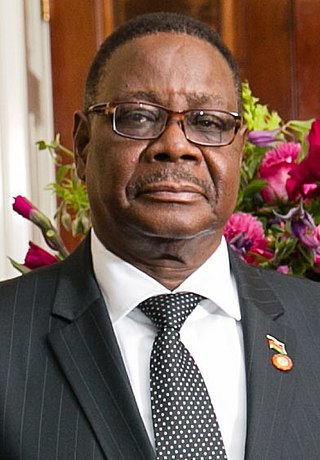 Ephraim Mganda Chiume is a politician who was appointed Minister of Foreign Affairs in April 2012 in the cabinet of Malawi. He was formerly Deputy Minister of Natural Resources, Energy and Environment, and then served as Justice Minister.

Eta Elizabeth Banda is a former Malawian politician who was the country's Minister of Foreign Affairs from 2009 to 2011. Prior to entering politics, she worked as a health professional and university administrator. 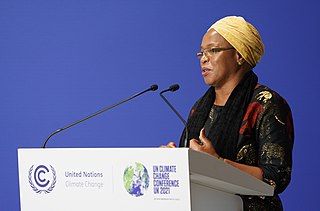 Steven Stafford Kamwendo is a Malawian politician. He was Deputy Minister of Foreign Affairs in 2010. 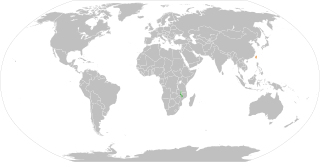 India–Malawi relations refers to the international relations that exist between India and Malawi. 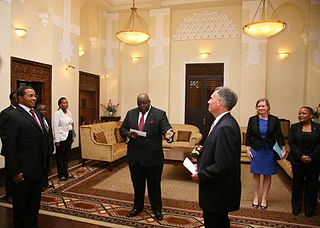 The Chief of Protocol (CoP) is a government official who heads the protocol department of a state, overseeing security, logistics and etiquette in diplomatic and national functions. A protocol department decides on diplomatic immunity and privileges, diplomatic host security, diplomatic use of airspace and it is the guardian of official etiquette. Advance protocol teams, usually headed by the Chief of Protocol, engage as first contact between governments for the planning of bilateral and multilateral summits and visits.

Malawi–Spain relations are the bilateral and diplomatic relations between these two countries. Malawi has an embassy in Madrid and a consulate in Barcelona. The Ministry of Foreign Affairs of Spain does not have representation in Lilongwe. The Spanish Embassy in Harare (Zimbabwe) is accredited to Malawi. 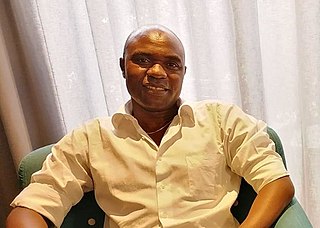 Eisenhower Nduwa Mkaka of Lilongwe is a Malawian politician who is a Member of Parliament for Lilongwe Mpenu Constituency and former Minister of Foreign Affairs and International Cooperation. In January 2022, Mkaka was appointed Minister of Natural resources after a cabinet reshuffle. Mkaka also holds the position of Secretary General for the ruling Malawi Congress Party.