The 1990 Futisliiga was won by Kuusysi Lahti. However during the playoff Helsingin JK won the Finland national championship. [1]

Statistics of Futisliiga in the 1990 season.

It was contested by 12 teams, and HJK Helsinki won the championship.

MP Mikkeli were qualified for the first round of the 1991–92 UEFA Cup. 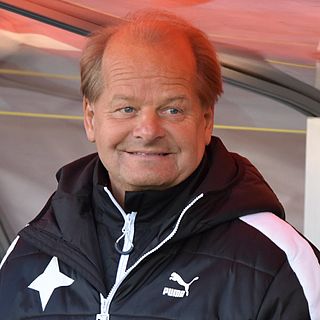 The 2006 season of the Veikkausliiga the 17th season in the league's history, began on April 19 and ended on October 29.
The league was originally supposed to have 14 teams, but AC Allianssi was refused a license, and the league was subsequently played with only 13 teams.

Statistics of Futisliiga in the 1991 season.

Statistics of Veikkausliiga in the 1992 season.

Statistics of Veikkausliiga in the 1996 season.

Statistics of Veikkausliiga in the 1998 season.

Mestaruussarja was the top division of Finnish football from 1930 to 1989. It was replaced by Veikkausliiga in 1990.

The 2011 Finnish Cup is the 57th season of the main annual football (soccer) cup competition in Finland. It is organized as a single-elimination knock–out tournament. Participation in the competition is voluntary.