APT Entertainment, Inc. is a subsidiary of TAPE Inc., and the producer of the longest-running noontime variety show, Eat Bulaga! . APT stands for Antonio P.Tuviera, its co-owner and chairman who is also a producer of Eat Bulaga!, along with his business partner Malou Choa-Fagar. APT Entertainment is a partner of GMA Network.

APT Entertainment, Inc. is a content provider for television and a production company for movies and events which has been behind TV series such as Telesine, True Stories and Lenten Specials aired over GMA Network.

APT Studios is a state-of-the-art television studio located at Marcos Highway, Cainta, Rizal, just near the boundary with Marikina, part of Metro Manila. It is currently the home studio of the longest-running noontime variety show in the Philippines, Eat Bulaga!, since its transfer to the studio on December 8, 2018 [1] as part of its year-long celebration of the show's 40th anniversary. [2] [3]

In 2015, a Facebook post became popular as it showed pictures of the on-going construction of a new studio for Eat Bulaga. [4] During that time, the AlDub phenomenon was very popular in the Kalyeserye segment of the noontime show and the demand for a larger audience area increased due to the said phenomena.

On December 8, 2018, Eat Bulaga! aired its first live episode from the APT Studios. [7] The opening number was led by the winners of Hype Kang Bata Ka and the hosts of EB!, and it ended with the singing of the Eat Bulaga! theme song, including Senate President Tito Sotto, who usually appeared on the show during occasions. The said transfer of the show to its new studio is one of the highlights of its year-long celebration of its 40th anniversary on television.

Due to the COVID-19 pandemic, the management of Eat Bulaga! decided to suspend the admission of live studio audiences beginning March 9, 2020, this is to ensure the safety of everyone watching the show live in the studio. [8]

On June 8, 2020, Eat Bulaga! resumed broadcasting from the studio. However, audience attendance is still suspended.

On August 4, 2020, APT Studios was temporarily disallowed due to the reversion back to Modified Enhanced Community Quarantine in Metro Manila and nearby provinces as medical workers had a temporarily timeout as well as massive problems on the COVID-19 pandemic. 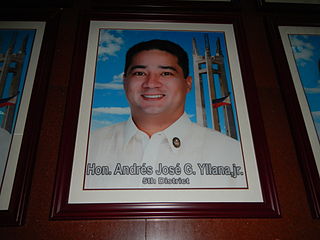 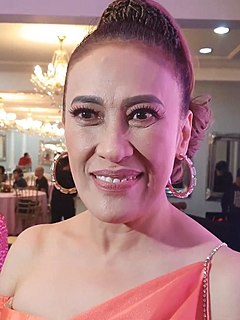 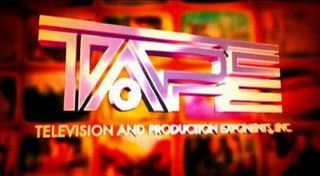 Television and Production Exponents Inc. is a Philippine television production company established in 1978 and is a partner of GMA Network Inc.. It was founded by former ABS-CBN sales executive Romy Jalosjos with Antonio "Tony" Tuviera, Vic Sotto, Tito Sotto and Joey de Leon. It is known as the producer of the longest running noontime variety show Eat Bulaga! since 1979, among several Philippine television dramas. The offices and production studios are located at Xavierville Avenue, Loyola Heights, Quezon City. 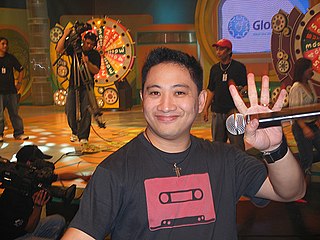 GMA Pictures is a film and television production company established by GMA Network in 1995. Its films have become both critical acclaim and commercial successes, among which are Jose Rizal, Muro Ami, and Deathrow. Between 2017 and 2018, the company was on hiatus until they were active again in 2019.

Broadway Centrum was a television studio complex located in the New Manila district of Quezon City at Aurora Boulevard cor. Broadway Avenue, Quezon City. It is currently owned by the Empire East Land Holdings, a subsidiary of Megaworld Corporation. It was previously owned by GMA Network.

OctoArts Films is a Filipino film production and distribution company owned by Orly R. Ilacad. It was founded in 1989.