The Bishopric's links with Rome ceased to exist after the Scottish Reformation. The bishopric continued, saving temporary abolition between 1638 and 1661, under the episcopal Church of Scotland until the Glorious Revolution of 1688. Episcopacy in the established church in Scotland was permanently abolished in 1689, but a Scottish Episcopal Church bishopric encompassing Orkney was created in 1865, as the Bishopric of Aberdeen and Orkney. In 1878, the Catholic Church in Scotland re-established the bishopric system, and Orkney came under the resurrected and reformatted Diocese of Aberdeen.

Parishes in the medieval period 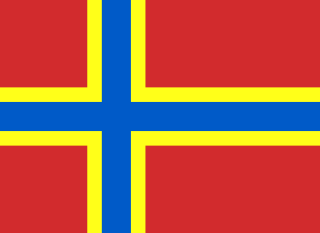 Orkney, also known as the Orkney Islands, is an archipelago in the Northern Isles of Scotland, situated off the north coast of the island of Great Britain. Orkney is 10 miles (16 km) north of the coast of Caithness and has about 70 islands, of which 20 are inhabited. The largest island, Mainland, is often referred to as "the Mainland", and has an area of 523 square kilometres (202 sq mi), making it the sixth-largest Scottish island and the tenth-largest island in the British Isles. Orkney’s largest settlement, and also its administrative centre, is Kirkwall.

Stronsay is an island in Orkney, Scotland. It is known as Orkney's 'Island of Bays', owing to an irregular shape with miles of coastline, with three large bays separated by two isthmuses: St Catherine's Bay to the west, the Bay of Holland to the south and Mill Bay to the east. Stronsay is 3,275 hectares in area, and 44 metres in altitude at its highest point. It has a usually resident population of 349. The main village is Whitehall, home to a heritage centre.

The Archbishop of Glasgow is an archiepiscopal title that takes its name after the city of Glasgow in Scotland. The position and title was abolished by the Church of Scotland in 1689; and, in the Scottish Episcopal Church, it is now part of the Episcopal bishopric of Glasgow and Galloway. In the Roman Catholic Church, the title was restored by Pope Leo XIII in 1878. 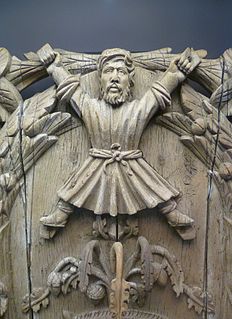 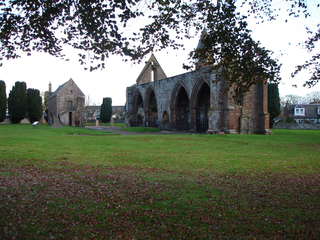 The Bishop of Ross was the ecclesiastical head of the Diocese of Ross, one of Scotland's 13 medieval bishoprics. The first recorded bishop appears in the late 7th century as a witness to Adomnán of Iona's Cáin Adomnáin. The bishopric was based at the settlement of Rosemarkie until the mid-13th century, afterwards being moved to nearby Fortrose and Fortrose Cathedral. As far as the evidence goes, this bishopric was the oldest of all bishoprics north of the Forth, and was perhaps the only Pictish bishopric until the 9th century. Indeed, the Cáin Adomnáin indicates that in the reign of Bruide mac Der Ilei, king of the Picts, the bishop of Rosemarkie was the only significant figure in Pictland other than the king. The bishopric is located conveniently close to the heartland of Fortriu, being just across the water from Moray.

The Bishop of Moray or Bishop of Elgin was the ecclesiastical head of the Diocese of Moray in northern Scotland, one of Scotland's 13 medieval bishoprics. If the foundation charter of the monastery at Scone is reliable, then the Bishopric of Moray was in existence as early as the reign of King Alexander I of Scotland (1107–1124), but was certainly in existence by 1127, when one Gregoir ("Gregorius") is mentioned as "Bishop of Moray" in a charter of king David I of Scotland. The bishopric had its seat at Elgin and Elgin Cathedral, but was severally at Birnie, Kinneddar and as late as Bishop Andreas de Moravia at Spynie, where the bishops continued to maintain a palace. The Bishopric's links with Rome ceased to exist after the Scottish Reformation, but continued, saving temporary abolition between 1638 and 1661, under the episcopal Church of Scotland until the Revolution of 1688. Episcopacy in the established church in Scotland was permanently abolished in 1689. The Bishops fortified seat for over 500 years was at Spynie Palace. 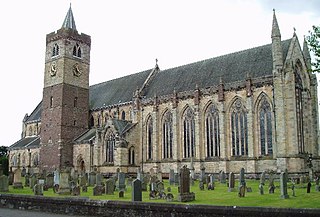 John D. Mackay was a Scottish schoolteacher. He taught on Stronsay and North Ronaldsay before working as headmaster of Sanday School between 1946 and 1970.

George Haliburton was a Scottish cleric and Jacobite. Haliburton received his education at St Salvator's College, St Andrews, obtaining a Master of Arts on 12 June 1652, and a Doctorate in Divinity in 1673. 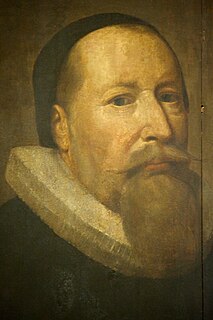 This is a list of places in Scotland called Papa or similar, which are so named after the Papar, monks from the Early Historic Period or from their connection to other, later priests. 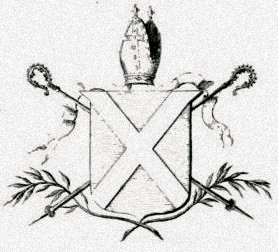