Booing is an act of showing displeasure for someone or something, generally in response to an entertainer, by loudly yelling, "Boo!" and sustaining the "oo" sound by holding it out. People may also make hand signs at the entertainer, such as the thumbs down sign. If spectators particularly dislike the performance they may also accompany booing by throwing objects (historically rotten fruits and vegetables) on stage.

Players booed for their performance felt booing "spooked" or "bothered" them or their teammates, and that it "affected their performance". Nick Swisher stated "It hurts. Sometimes I’m a sensitive guy and some of the things people say, they get under your skin a little bit." Ledley King stated, "It just frustrates me when the crowd boo England, who is that going to help? It just heaps more pressure on the players and gives us even less of a chance of scoring". However, the counterargument goes that the combination of booing and applause help keep the quality of public performance high, by emotionally rewarding the good and punishing the bad. [1] [2] [3]

Booing is not always a judgement of performance, but can be an expression of disapproval of a third party. Sometimes this is even encouraged, such as at The Game Awards 2015, when the audience booed in disapproval at the announcement that Konami legally barred Hideo Kojima from making an appearance. Host Geoff Keighley agreed with the sentiment, saying, "it’s disappointing and it’s inconceivable to me that an artist like Hideo would not be allowed to come here and celebrate with his peers and his fellow teammates." [4]

In sports, booing by fans is quite common. They may boo particularly-hated players on the opposing team, or any opposing player when there is an intense rivalry between the teams. [5] Unsportsmanlike behavior is also booed, such as intentionally hitting home team batters in baseball or diving in association football or basketball (where it is a technical foul). Booing of referees or umpires after an unpopular ruling is also common. Booing of expelled players after receiving a second yellow card or a direct red card is also common for many reasons. In professional sports, one's own home team, players or coach may be booed due to a poor performance or season. [6] [7]

In the Parliament of the United Kingdom, booing is officially not permitted; Erskine May states: "Members must not disturb a Member who is speaking by hissing, chanting, clapping, booing, exclamations or other interruption." [8] Nevertheless, jeering and heckling are somewhat common during Prime Minister's Questions. [9]

Although rare, in the performing arts, opera remains one of the arts where booing remains, if not common, customary as merited. [10] [11] [12] In orchestral music, booing is usually restricted to the premiere of a new work.[ citation needed ]

Rarer still is for motion pictures to be booed at their openings, and this is usually confined to film festivals when the production team is present. [13]

In traditional British pantomime, "the villain will generally include some abuse of the audience to stimulate hissing and booing" while the fairy and other protagonists are cheered. [14]

The film The Princess Bride uses booing to show shame. Princess Buttercup dreams of her wedding with Humperdinck when an elderly woman interrupts:

Your true love lives and you marry another? True love saved her in the Fire Swamp, and she treated it like garbage! And that's what she is! The Queen of Refuse! So bow down to her if you want! Bow to her! Bow to the Queen of Slime! The Queen of Filth! The Queen of Putrescence! Boo! Boo! Rubbish! Filth! Slime! Muck! Boo! Boo! Boo!

The book Dreams on Film: The Cinematic Struggle Between Art and Science says this scene might be better labeled "Buttercup Unconsciously Booing Herself". [15]

Emerson Wojciechowska Fittipaldi is a semi-retired Brazilian automobile racing driver who won both the Formula One World Championship and the Indianapolis 500 twice each and the CART championship once. 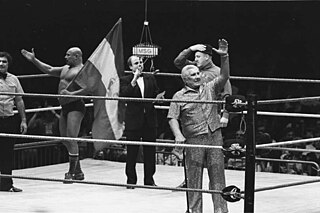 In professional wrestling, a heel is a wrestler who portrays a villain, "bad guy" or "rulebreaker" and acts as an antagonist to the faces, who are the heroic protagonist or "good guy" characters. Not everything a heel wrestler does must be villainous: heels need only to be booed or jeered by the audience to be effective characters, although most truly successful heels embrace other aspects of their devious personalities, such as cheating to win or using foreign objects. "The role of a heel is to get 'heat,' which means spurring the crowd to obstreperous hatred, and generally involves cheating and pretty much any other manner of socially unacceptable behavior that will get the job done."

Edward S. Irish was an American basketball promoter and one of the key figures in popularizing professional basketball. He was the president of the New York Knicks from 1946 to 1974. He was enshrined in the Naismith Memorial Basketball Hall of Fame in 1964.

Nicholas Thompson Swisher is an American former professional baseball outfielder and first baseman in Major League Baseball (MLB). He was a switch hitter who threw left-handed, and played for the Oakland Athletics, Chicago White Sox, New York Yankees, Cleveland Indians and Atlanta Braves. He won the 2009 World Series with the Yankees against the Philadelphia Phillies and was an All-Star in 2010. A power hitter with excellent plate discipline, Swisher hit at least 20 home runs in each of nine consecutive seasons from 2005 to 2013, and reached 75 bases on balls on seven occasions in that span.

Marvin Cooper is a former dancer who performed under the stage name Dancing Harry at professional basketball games. He danced on the sidelines during timeouts and gave whammies to the opposing team. Cooper performed in both the National Basketball Association (NBA) and the American Basketball Association (ABA) with the Baltimore Bullets, New York Knicks, New Jersey Nets and the Indiana Pacers.

The Undertakers sketch is a comedy sketch from the 26th episode of Monty Python's Flying Circus, entitled "Royal Episode 13". It was the final sketch of the thirteenth and final episode of the second season, and was perhaps the most notorious of the Python team's television sketches.

Earl "the Pearl" Strickland is an American professional pool player who is considered one of the best nine-ball players of all time. He has won numerous championship titles and, in 2006, was inducted into the Billiard Congress of America's Hall of Fame. He is also known as one of the sport's most controversial players for his outspoken views and his sometimes volatile behavior at tournaments.

Eddie is a 1996 American comedy film starring Whoopi Goldberg and Frank Langella. The film barely broke even at the box office, grossing $31,387,164 in the US. The film was directed by Steve Rash.

The Bleacher Creatures are a group of fans of the New York Yankees who are known for their strict allegiance to the team and their merciless attitude to opposing fans. The group's nickname was coined for the first time by New York Daily News columnist Filip "Flip" Bondy during the 1990s, and then he spent the 2004 season sitting with the Creatures for research on his book about the group, Bleeding Pinstripes: A Season with the Bleacher Creatures of Yankee Stadium, which was published in 2005. 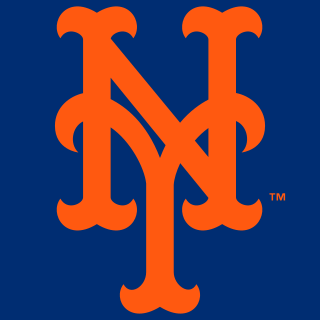 The 2015–16 New York Knicks season was the 70th season of the franchise in the National Basketball Association (NBA).

The Final Quarter is a 2019 Australian documentary, directed by Ian Darling and produced by Shark Island Productions, about the final stages of the Australian football career of Adam Goodes, during which he was the target of repeated booing by opposition fans. 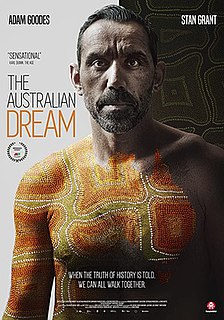 The Australian Dream, also known as Australian Dream, is a feature-length documentary film released in Australia in 2019. Featuring Australian Football League (AFL) player Adam Goodes, the film examines Australian Aboriginal identity and racism in modern Australia, with the sustained booing of Goodes by spectators as a starting point.