He started his career as a buyer in Thomas Furness and Company,wholesale provision merchants,a firm owned by his older brother Thomas,and became a partner two years later. Stock for the business had to be brought in by ship,and Christopher found that it would be cheaper to use their own vessels,rather than hire other peoples. Consequently,on his initiative,the firm bought several steam ships from local shipbuilder William Gray &Company in 1877.

In 1882,Christopher Furness and Company was formed and the business was split into two. Thomas kept the provision merchants,while Christopher took charge of the shipping fleet. After seven years as a partner in the shipbuilding firm of Edward Withy and Company,Furness merged it with his own company in 1891,to form Furness,Withy and Company,which was run by his nephew,Sir Stephen Furness,1st Baronet after his death. By a series of mergers,his firms become the main employers in Hartlepool,until they finally closed in the 1980s. [3]

In 1901,he sold a ship he had ordered,the Huronian,before it sailed;it was reported missing,later lost,in early 1902 during its maiden voyage to Canada. It was deemed to have sunk with the loss of all those aboard;in 1907 a letter in a bottle sent from the ship washed up in Ireland.

Furness was also involved in politics,and was elected Member of Parliament for The Hartlepools at a by-election in 1891. [4] He lost the seat in 1895,but was re-elected in 1900,and served until his re-election in January 1910 was declared void after an electoral petition. [4]

He was appointed a knight bachelor in the 1895 Birthday Honours,and in 1910 he was raised to the peerage as Baron Furness,of Grantley in the West Riding of the County of Yorkshire. In 1909 he was made an Honorary Freeman of West Hartlepool. [3]

Christopher Furness died on 10 November 1912,aged 60. He was succeeded in the barony by his son Marmaduke. [2]

Baron Glenarthur,of Carlung in the County of Ayr,is a title in the Peerage of the United Kingdom. It was created in 1918 for the Scottish businessman Sir Matthew Arthur,1st Baronet. He had already been created a baronet,of Carlung in the County of Ayr,on 28 November 1902. The title of the barony was derived from the joining of his mother's maiden surname name of Glen and his patronymic Arthur.

Sir Gilbert Heathcote,1st Baronet,was a British merchant and Whig politician who sat in the English and British House of Commons between 1701 and 1733. He was a Governor of the Bank of England and was Lord Mayor of London in 1711.

Sir Charles Mark Palmer,1st Baronet was an English shipbuilder born in South Shields,County Durham,England. He was also a Liberal Party politician and Member of Parliament. His father,originally the captain of a whaler,moved in 1828 to Newcastle upon Tyne,where he owned a ship owning and ship-broking business. 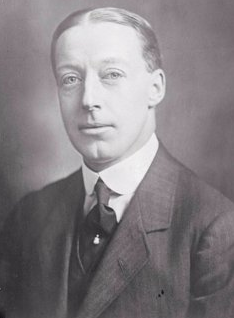 Marmaduke Furness,1st Viscount Furness was a British shipping magnate and during his lifetime one of the richest men in the world.

Furness Withy was a major British transport business. It was listed on the London Stock Exchange.

The Furness Baronetcy,of Tunstall Grange in the borough of West Hartlepool in the County of Durham,is a title in the Baronetage of the United Kingdom. It was created on 18 June 1913 for Stephen Furness. He was Chairman of Furness,Withy and Co,and also represented Hartlepool in the House of Commons as a Liberal. The third Baronet is an artist. 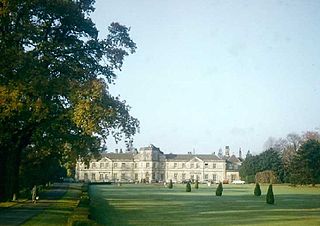 Grantley Hall is a Country house located in North Yorkshire,England. It is situated near Grantley,about 5 miles (8 km) to the west of Ripon,on the banks of the River Skell. It is listed Grade II* on the National Heritage List for England,and the Japanese garden at the hall is listed Grade II on the Register of Historic Parks and Gardens.

Richardsons Westgarth &Company was a leading British shipbuilding and marine engineering business. The Company was based in Hartlepool and was a major employer in the area.

Edward Withy was born in Bristol,England and in 1869 co-founded a shipbuilding partnership at Hartlepool that eventually became part of Furness Withy. He sold the firm in 1884 and emigrated from England to New Zealand,where he was elected to Member of Parliament in 1887,representing the Auckland electorate of Newton. He was the father of Arthur Withy,journalist and political activist. Like his son,he was a single-taxer and follower of Henry George.

SS Blanche was the first ship built by A and J Inglis at Pointhouse,Glasgow as Yard No.1 and launched on 8 April 1863. She was a cargo steamer and entered service in May 1863 with Glasgow shipowner,Hermann L Seligmann on his Glasgow-Dunkirk service. Seligmann sold Blanche in 1864 to Mathew Langlands of M Langlands &Sons,Glasgow,and in 1867 she was resold to London-based Joseph Weatherley. In 1888 the ship was purchased by Christopher Furness of West Hartlepool,who employed her as a coastal collier. Furness' shipping business was incorporated in October 1891 as Furness,Withy &Company Ltd but,before formal transfer of her ownership,Blanche was sold to Osborn &Wallis of Bristol.

Henry Withy was born in Bristol,England on 11 November 1852. His parents were Edward Withy and Sarah Withy.

The Hartlepools by-election was a Parliamentary by-election. It returned one Member of Parliament (MP) to the House of Commons of the United Kingdom,elected by the first past the post voting system.

SS Benlomond was a British merchant ship torpedoed in the South Atlantic by a German U-boat in 1942. Built in 1922 as Cynthiana,over the next two decades she passed through a number of owners and had several different names;Hoosac (1922),London Corporation (1922-1937),Marionga J. Goulandris (1937-1938) and finally Benlomond from 1938 to 1942.

John Storey Barwick, 1st Baronet of Ashbrooke Grange,J.P.,(1840–1915),was an English industrialist involved within quarries,coal-mining,shipping and shipbuilding concerns. He was founder of Easington Colliery in 1899 then known as The Easington Coal Company Limited a privately owned company of which he was chairman. Barwick was made first baronet of Ashbrooke Grange in 1912.