Dayton Dutch Lions is an American soccer team based in Dayton, Ohio, United States. Founded in 2009, the team plays in USL League Two, the fourth tier of the American Soccer Pyramid. From 2011 to 2014, the team played in the USL Professional Division (USL Pro). [2]

The team plays its home games at the Dayton Outpatient Center Stadium on the campus of West Carrollton High School in nearby West Carrollton, Ohio. [3] The team's colors are orange, white and blue.

The club was started in the fall of 2009 and co-owned by Erik Tammer of Tammer Sportmanagement and Mike Mossel of Business and Sports Performance. Tammer is a former professional soccer player in the Netherlands who played for clubs such as Heerenveen and Sparta Rotterdam, while Mossel played in Europe for RBC Roosendaal and Turnhout, and in the USL for the Cincinnati Riverhawks following his graduation from Xavier University.

The team played its first competitive game on May 8, 2010, a 3–3 tie with the Cincinnati Kings. The first goal in franchise history was scored by Eddie Hertsenberg. [4]

On July 8, 2010 the Lions announced that they would be self-promoting to the USL Second Division for the 2011 season, as well as adding a brand new women's team in the USL W-League. During the announcement team owner Mike Mossel said "The promotion to USL-2 and development of a W-League club was just a matter of time. To be the best, we must begin to play among the upper-echelon clubs. We want to set a standard, and I believe we have done that so far in the PDL in our first season. But more importantly, our decision was made with our Premier Academy in mind.". [5] With the merger of the USL First and Second Divisions to form USL Pro in 2011, the Dutch Lions were announced as a founding team. [2]

In 2012, the Lions reached the Quarterfinals of the 2012 Lamar Hunt U.S. Open Cup, where they defeated the MLS Columbus Crew 2–1 in the third round, then defeated the Michigan Bucks in the fourth round in extra time. They were knocked out of the tournament in the quarterfinals by eventual champions Sporting Kansas City 3–0 in front of an away record 15,167 fans.

In 2013, the Lions reached the USL Pro Playoffs for the first time with a record of 10 Wins, 7 Ties and 9 Losses. They lost to the Richmond Kickers 1–0 in the quarter-finals. Gibson Bardsley received Second Team All-League Honors with 9 goals and 7 assists. [6] [7]

Renovations started on March 10, 2014, [10] and were completed with a ribbon-cutting ceremony on May 9, 2014. [11] The Motz Group, a Cincinnati-based company that specializes in building playing fields, replaced the existing grass field with artificial turf at a cost of $450,000 to $475,000. [9] The combined costs for the renovations to the stadium and installation of lights on practice fields are estimated at $529,000. [9]

The opening match at DOC Stadium, with the presence of 2-Time FIFA World Player of the Year Ruud Gullit, was a United Soccer League professional soccer game on May 10, 2014 that saw the Dayton Dutch Lions tie the LA Galaxy II, 1–1. A home record attendance of 1,527 was announced. [12]

In 2018, the Lions had a record-setting season, matching its best record ever, winning the Great Lakes Division championship and earning qualification for the 2019 U.S. Open Cup.

On January 17, 2011, the Dutch Lions signed a five-year contract with Dutch Eredivisie champions, FC Twente, to foster development of players, academy teams, training practices, and possibly facilitate loans or transfers of players between the two teams. [13]

Additional Dutch Lions clubs have been added over the years and partner with Dayton in branding, best practices and player considerations.

On December 19, 2013, the Columbus Crew of Major League Soccer announced an affiliation with the Dutch Lions which would begin with the 2014 season. The affiliation meant the opportunity for loans between the two which aim ultimately to improve the quality of play at both clubs. After the Crew's 2014 opener against D.C. United, the Club announced it was sending 5 of its players on loan to the Dutch Lions for the season, including 2013 draft pick, forward Ryan Finley. [14] [15]

The main supporters of the Dutch Lions are the Oranje Legion. [20]

Attendance stats are calculated by averaging each team's self-reported home attendances from the historical match archive at https://web.archive.org/web/20100105175057/http://www.uslsoccer.com/history/index_E.html 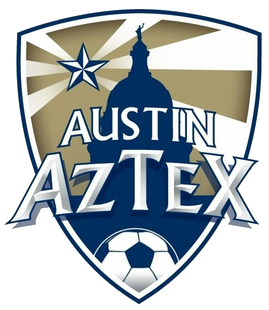 The Austin Aztex were a soccer team based in Austin, Texas, United States. Founded in 2011 as a member of the Premier Development League, the team played the 2015 season in the United Soccer League, the second tier of the United States soccer pyramid. This was the second team to carry the name Austin Aztex; the first were founded in 2008 and relocated to Orlando in 2010, with that ownership group eventually being awarded an MLS franchise of the same name in that city.

Puget Sound Gunners FC was an American soccer team based in Issaquah, Washington, United States. Founded in 2010, the team played in the Premier Development League (PDL), the fourth tier of the American Soccer Pyramid, from 2011 to 2015.

The 2011 Dayton Dutch Lions season was the club's second season of existence, and their first season in USL Pro, the third division of American soccer.

Reading United AC is an American soccer team based in Reading, Pennsylvania. Founded in 1995, the team plays in USL League Two, the fourth tier of the American Soccer Pyramid.

George Davis IV is the Director of the LouCity & Racing Foundation and an American former soccer player who previously played for Louisville City FC in the USL Championship.

Luke Magill is an English footballer, who plays for Dayton Dutch Lions in the USL Professional Division.

FC Tucson is an American soccer club based in Tucson, Arizona that plays in USL League Two. The club has an amateur women’s team, FC Tucson Women, that play in the WPSL. Organized in 2010, the club first fielded a team in March 2011, then joined the Premier Development League Western Conference in 2012. in 2018, FC Tucson was a founding member of USL League One, where they played from 2019–2022. At the conclusion of the 2022 season, the ownership group changed and the team self-relegated back to USL League Two.

Miami Dutch Lions FC is an American professional soccer club based in the Miami metropolitan area. The Lions competes in National Premier Soccer League, as a member of the Sunshine Conference. The club was founded in Conroe, Texas in 2011, before relocating to Olympia Heights, Florida in 2019. They are owned by Martin Kroeze.

Cyprian Hedrick is a former Cameroonian footballer who is currently an assistant coach for FC Tulsa in the USL Championship.

The 2013 season is the Harrisburg City Islanders's 10th season of competitive soccer - its tenth season in the third division of American soccer and its third season in USL Pro since the league was first created with the City Islanders as one of the original 10 founder-members.

The Cincinnati Dutch Lions FC is an American amateur soccer club based in Cincinnati, Ohio, and playing home games in the suburb of Highland Heights, Kentucky. Founded in 2013, the team played in USL League Two. The club went into hiatus during the 2020 COVID-19 pandemic.

Taylor Bowlin is an American professional soccer player who currently plays for Pars FC Örebro in the Swedish Football Association.