Disney Club is the name of many television shows associated to Disney productions aired mostly in Europe and the Americas during the 1990s and early 2000s (decade). 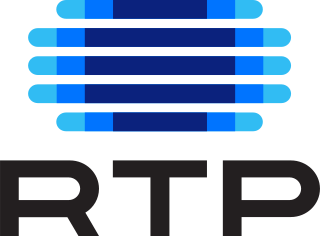 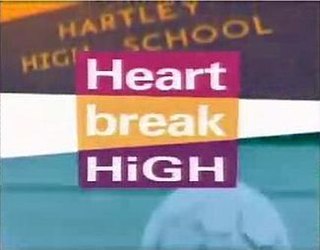 Heartbreak High is an Australian television program that ran for six years, through seven seasons from 1994 to 1999 on both Network Ten and ABC. The programme dealt with the students of the fictional Hartley High, a tough high school in a multiracial area of Sydney, and proved to be a more gritty and fast-paced show than many of its contemporaries. It was a spin-off of the 1993 Australian feature film The Heartbreak Kid which had featured Alex Dimitriades and Claudia Karvan. However, in later series the show shifted emphasis away from the school setting and the Poulos family to the students' homes and hangout - the Shark Pool.

RTP1 is the main television channel of Rádio e Televisão de Portugal, the Portuguese public broadcasting corporation. It is Portugal's first channel, and was launched in 1957. For a brief period it was known and marketed as Canal 1 ; it has long been commonly called this. It is one of the most watched television networks in the country. The channel became a 24-hour service in 2002, although it now leases its graveyard slot to the infomercial producer and direct-response marketer, A Loja Em Casa. Until that point, RTP1 closed down with the national anthem, but this practice stopped not too long before infomercials filled the overnight slots.

RTP2 is the second television channel of Rádio e Televisão de Portugal, the Portuguese public broadcasting corporation. Commonly referred as the "Second", and for a time rebranded as "Dois", this historically state-run television channel started its regular broadcasting on 25 December 1968. Nowadays, RTP2 is a public-service, advertising-free channel that serves as an alternative to RTP's main channel, RTP1.

Azteca América is an American Spanish-language free-to-air television network that is owned by HC2 Holdings, which acquired the network from the Azteca International Corporation subsidiary of TV Azteca.

XHTVM-TDT is a television station in Mexico City, owned by Televisora del Valle de México and operated by TV Azteca. It is branded as adn40 and available over the air in much of Mexico on TV Azteca's transmitters. Programming generally consists of news and informational shows.

Festival da Canção or Festival RTP da Canção is the name given to the national festival, produced and broadcast by Rádio e Televisão de Portugal (RTP) to choose the Portuguese entry for the Eurovision Song Contest. It was first held in 1964. 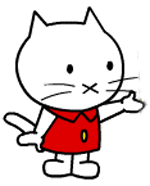 Sharky & George is a French and Canadian children's TV cartoon, produced by animation studios CinéGroupe and Label 35 between 1990 and 1992. The series consisted of fifty-two 25 minute episodes, including two 12 minute editions which were sometimes aired separately. The series was later translated into English and shown in the United Kingdom on Channel 4 from 1991 to 1998.

Musti is a Flemish animated children's television series created by Ray Goossens. It first aired in 1968, but new episodes have been made over the decades in more sophisticated animation, even going to 3D animation from 2007 on.

Shimmering Light is a 1978 Australian television film about an American surfer who travels to Australia in search of the perfect wave. It was one of six TV movies made in Australia by Transatlantic Enterprises. It was directed by Don Chaffey.