Last updated June 13, 2021
Television network in Indonesia
Not to be confused with RCTV or RTV (Indonesian TV network).

RCTI (Rajawali Citra Televisi Indonesia) is an Indonesian free-to-air television network based in West Jakarta. It is best known for its news programmings, sports events, celebrity bulletins and soap operas

On October 1987, state broadcaster TVRI lost its monopoly when the government allowed private television stations to begin broadcasting. RCTI was officially inaugurated on the morning of 24 August 1989 by President Suharto as Indonesia's first privately-owned commercial television network. Evening programming was launched by Minister of Information Harmoko. RCTI was initially broadcast to Jabodetabek area as a local pay television channel and was awarded a nationwide terrestrial license one year later. RCTI at the time only aired foreign programming as it cost cheaper compared to self-produced programming. The earlier subscription system also requires a satellite dish and a decoder.

The flagship news program is Seputar iNews (formerly Seputar Indonesia), which has morning, lunchtime and late-night editions. RCTI also broadcasts quiz shows, including the Indonesian version of Who Wants to Be a Millionaire , which ran from 2001 to 2006. Cartoon shows include the original Aikatsu! series, Do ra emon and Crayon Shin-chan , the latter has since been replaced by locally produced Kiko . RCTI currently broadcast several daily soap operas (known as Layar Drama Indonesia, showing in many titles), as well as occasional sport programmes and localized version of talent shows, such as Indonesian Idol , Rising Star Indonesia , and MasterChef Indonesia .[ citation needed ]

RCTI only shows Shubuh and Maghrib prayer calls in some cities, including Jakarta and Bandung.

Obama Eksklusif RCTI Bersama Putra Nababan ("Exclusive Interview with Barack Obama") is a television program that aired in March 2010, showing an interview between Indonesian journalist Putra Nababan and President Barack Obama. According to the president, it was probably the first interview ever done by Indonesian television in the White House. [1] The interview covered the partnership between Indonesia and the United States and the president's experiences during his childhood in Indonesia. 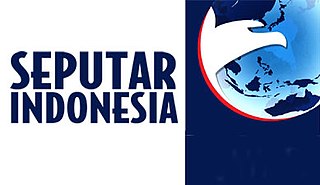 Seputar Indonesia was Indonesia's longest running flagship newscast carried by a private television station. It appeared on RCTI on 15 November 1989 as Seputar Jakarta before it evolved to go nationwide on 15 November 1990. Since the end of 2005, the program has regained its position as the most-watched newscast in the country, according to ratings by Nielsen Media Research. During its early years, Seputar Indonesia was also carried by RCTI's then sister station SCTV.

The Panasonic Gobel Awards, are the annual awards presented to television programs and performances in Indonesia based on a people's choice poll. The first award was held in 1997 in partnership with Tabloid Citra and aired on Indosiar. Media Nusantara Citra have conducted the awards since 2000 and its broadcasting rights have been held by RCTI. Since 2003, MNCTV and Global TV also televising the awards.

Surya Citra Televisi (SCTV) is an Indonesian free-to-air television network. It was launched on 24 August 1990 in Surabaya, East Java as Surabaya Central Televisi, broadcasting to the city and its surrounding area. At first, the programming was similar to that of RCTI, broadcasting foreign shows and some of RCTI news programs until they could produce their own. On 1 August 1993, SCTV obtained a national license and eventually moved its operations to Jakarta, changing its name to Surya Citra Televisi. Its main offices are located in Central Jakarta, with studios in West Jakarta. It is owned by Surya Citra Media, part of the technology company Emtek.

GTV is an Indonesian free-to-air television network. It was launched on 8 October 2002. The station airs reality and game shows, along with Nickelodeon cartoons making up its programming schedule. It is owned by Media Nusantara Citra (MNC), which also owns RCTI, MNCTV and iNews.

ANTV is an Indonesian free-to-air television network based in South Jakarta. It is owned by Visi Media Asia.

Trans 7 is an Indonesian free-to-air television network owned by Trans Media and owned by Trans Corp. For the first time, Trans 7 was the official broadcaster of 2018 FIFA World Cup together with the older-sister channel Trans TV, also with Telkom Indonesia, K-Vision and MNC Media. Trans 7 had broadcast 8 group-stage matches as well as shared broadcasting of quarterfinal, semifinal, 3rd place playoff, and final matches from Trans TV, also from Indihome/Usee TV, K-Vision, and MNC Sports.

Metro TV is an Indonesian free-to-air television news network based in West Jakarta. It was established on 25 November 2000 and now has over 53 TV repeater stations all over the country. It is owned by Surya Paloh who also owns the Media Indonesia daily. These two, along with other newspapers distributed in different parts of Indonesia, are part of the Media Group.

MNC Trijaya FM is an Indonesian radio network founded in 1991.

Indonesia is the fifth country in Asia, and the third country in Southeast Asia, to introduce television. Television in Indonesia started in 1962, when the then state-run station TVRI began broadcasting. TVRI held a television monopoly in Indonesia until 1989 when the first commercial station, RCTI began as a local station and was subsequently granted a national license a year later. The Indonesian television is regulated by both Ministry of Communication and Information Technology (Kemenkominfo) and Indonesian Broadcasting Commission (KPI). 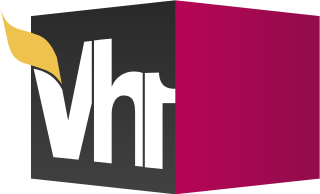 VH1 Indonesia or simply VH1 was a television channel broadcast nationality in Indonesia. A spin-off of MTV Indonesia, this program is focused on local and international music. It is a joint venture between MTV Networks Asia Pacific and Media Nusantara Citra. Most of the programs are usually VH1 The Best Mix, and VH1 Time Machine. It is an Indonesian version of the original VH1.

MNCTV is an Indonesian private television station. It was founded on 1 August 1990, at first broadcasting only educational programmes, but has since become similar to other Indonesian TV stations, showing programmes such as quizzes, sinetron, reality TV shows, sports shows, and recently, dangdut music.

The 14th Annual Panasonic Gobel Awards was a ceremony held to honoring the favorite in Indonesian television programming/individual/production works, as chosen by the verification team of this ceremony awards. It was held on March 25, 2011, at the Djakarta Theater XXI in Jalan M.H. Thamrin, Menteng, Central Jakarta. This year's edition of the ceremony awards was themed "Bersama Untuk Bumi Indonesia". The ceremony was hosted by presenter Indra Bekti and Sari Nila on the red carpet and by Fanny Febriana for the live event and also introduced as Miss Green.

Raffi Farid Ahmad or better known as Raffi Ahmad is an Indonesian actor, presenter, singer, entrepreneur and producer of Sundanese and Pakistani descent. He is the eldest son of the late Munawar Ahmad and Amy Qanita.

The 15th Annual Panasonic Gobel Awards honoring the favorite in Indonesian television programming/production work/individual, was held on March 27, 2012, at the Djakarta Theater XXI in Jalan M.H. Thamrin, Menteng, Central Jakarta. Both of presenter Choky Sitohang and Fenita Arie was hosting for the ceremony awards. The 2012 edition of the Panasonic Gobel Awards was themed for "Yang Muda Yang Menginspirasi".

Koran Sindo is an Indonesian newspaper published by Media Nusantara Citra under PT Media Nusantara Informasi. The term "Sindo" is taken from the abbreviation of Seputar Indonesia, the former flagship news program on RCTI that later evolved into Seputar iNews. The paper is known for infographics shown on its front page.

Obama Eksklusif RCTI Bersama Putra Nababan is a special television program showing an interview between Indonesian journalist Putra Nababan and President Barack Obama which aired on RCTI in March 2010. According to the president, this show was the first interview ever done by Indonesian television in the White House. The interview covered the partnership between Indonesia and the United States and the president's experiences during his childhood in Indonesia.

iNews is an Indonesian free-to-air television network founded by Media Nusantara Citra. It broadcasting 24 hours a day and 7 days a week.