Hope Channel International, Inc. is a Christian lifestyle television network and is a subsidiary company of the General Conference of Seventh-day Adventists. The network operates globally, with 67 Hope Channels worldwide, each providing programs contextualized to the language and culture of their audience. Focusing on balanced, Christian living, Hope Channel programs cover topics such as mind, body, spirit, family, and community. Hope Channel is available on DirecTV channel 368 in the United States of America, Cable television, satellite, multiple channels are available via Roku, Amazon Fire TV, Hope Channel app available at App Store for Apple users and at Google Play Store for Android users, via FaithStream and online at www.HopeTV.org.

Hope Channel is broadcast throughout the world:

This article is a list containing lists of television channels.

It Is Written is an internationally broadcast Seventh-day Adventist Christian television program founded in 1956 by George Vandeman. Its title comes from the Gospel of Matthew: "It is written, 'Man shall not live by bread alone, but by every word that proceeds out of the mouth of God.'" The programs are produced by the Adventist Media Center in California.

AXN is a pay television channel owned by Sony Pictures Television, which was first launched on June 22, 1997. Local versions have since been launched in several parts of the world, including Europe, Japan, Asia, and Latin America. Funded through advertising and subscription fees, AXN primarily airs action genre and reality programming.

Cartoon Network is a group of television channels worldwide created by Turner Broadcasting System which focus is to primarily show original animated programming. Here is a list of Cartoon Network feeds around the world: 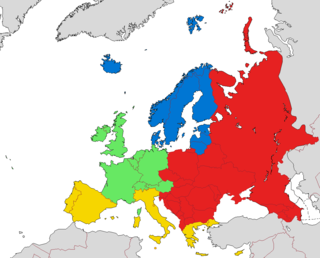 Esperanza TV is a Spanish Christian TV channel for North and Central America. It is owned by the Seventh-day Adventist Church. Esperanza TV features programming produced by Adventist churches, colleges, hospitals and institutions, covering religious, health, educational and family life topics. Esperanza TV is a 24-hour broadcaster on satellite and cable networks in north and central America and is available over-the-air in some communities.

Google Text-to-Speech is a screen reader application developed by Google for the Android operating system. It powers applications to read aloud (speak) the text on the screen with support for many languages. Text-to-Speech may be used by apps such as Google Play Books for reading books aloud, by Google Translate for reading aloud translations providing useful insight to the pronunciation of words, by Google Talkback and other spoken feedback accessibility-based applications, as well as by third-party apps. Users must install voice data for each language.