In the United States, for most of the history of broadcasting, there were only three or four major commercial national terrestrial networks. From 1946 to 1956, these were ABC, CBS, NBC and DuMont (though the Paramount Television Network had some limited success during these years). From 1956 to 1986, the "Big Three" national commercial networks were ABC, CBS, and NBC (with a few limited attempts to challenge them, such as National Telefilm Associates [and its NTA Film Network] and the Overmyer Network). From 1954 to 1970, National Educational Television was the national clearinghouse for public TV programming; the Public Broadcasting Service (PBS) succeeded it in 1970.

Today, more than fifty national free-to-air networks exist. Other than the non-commercial educational (NCE) PBS, which is composed of member stations, the largest terrestrial television networks are the traditional Big Three television networks (ABC, CBS and NBC). Many other large networks exist, however, notably Fox and The CW which air original programming for two hours each night instead of three like the original "Big Three" do, as well as syndication services like MyNetworkTV and Ion which feature reruns of recent popular shows with little to no original programming. Fox has just about the same household reach percentage as the Big Three, and is therefore often considered a peer to ABC, NBC, and CBS since it has also achieved equal or better ratings since the late 1990s; as of 2019, it also programs the equivalent amount of sports programming as the Big Three. Most media outlets now include Fox in what they refer to as the "Big Four" TV networks.

The transition to digital broadcasting in 2009 has allowed for television stations to offer additional programming options through digital subchannels, one or more supplementary programming streams to the station's primary channel that are achieved through multiplexing of a station's signal. A number of new commercial networks airing specialty programming such as movies, reruns of classic series and lifestyle programs have been created from companies like Weigel Broadcasting, Luken Communications and even owners of the major networks such as Fox Corporation (through the Fox Entertainment subsidiary), ViacomCBS, The Walt Disney Company (through the Walt Disney Television subsidiary) and Comcast (through the NBCUniversal subsidiary). Through the use of multicasting, there have also been a number of new Spanish-language and non-commercial public TV networks that have launched.

Free-to-air networks in the U.S. can be divided into five categories:

Each network sends its signal to many local affiliate television stations across the country. These local stations then air the "network feed," with programs broadcast by each network being viewed by up to tens of millions of households across the country. In the case of the largest networks, the signal is sent to over 200 stations. In the case of the smallest networks, the signal may be sent to just a dozen or fewer stations.

All of the networks listed below operate a number of terrestrial TV stations. In addition, several of these networks are also aired on pay television services.

Additionally, several of the cable-oriented theme channels (e.g. music or shopping channels) have obtained broadcast clearances, usually on low-power stations, in many markets. Among these are Home Shopping Network, and EVINE Live.

Additionally, Televisa, which distributes programming to Univision in the United States, operates in Mexico, but the company's networks (Canal de las Estrellas, Canal 5 and Nueve) have certain stations which can be received in parts of the U.S. located along and near the Mexican border, and likewise with the American networks have affiliates located or receivable in Mexican border cities. Some Mexican border stations (such as the former English-language ABC/Fox/CW affiliate XETV-TDT in Tijuana) who formerly maintained affiliations with U.S.-based English or Spanish networks, but mainly targeted their programming at their American border city (more than the Mexican metropolitan area that they are based in or merely licensed to).

Although the English-language programming model in the U.S. traditionally relies on the network and its stations handling programming responsibilities, Spanish language networks handle most of the responsibility for programming, while affiliates are limited to breakaways from the network feed to provide local news, public affairs and/or entertainment programming as well as local advertising. As such, all Spanish language networks primarily available on broadcast TV operate national feeds that are distributed to cable and satellite providers in markets without a local affiliate. Spanish-language independent stations also exist, though (particularly with the launch of Estrella TV), these are very limited and mainly exist in large markets.

KTVQ, virtual channel 2, is a CBS-affiliated television station licensed to Billings, Montana, United States. The station is owned by the E. W. Scripps Company, and is part of the Montana Television Network, a statewide network of CBS-affiliated stations. KTVQ's studios are located on Third Avenue North in Billings, and its transmitter is located on Sacrifice Cliff southeast of downtown. On cable, the station is available on Charter Spectrum channel 5 in both standard and high definition. 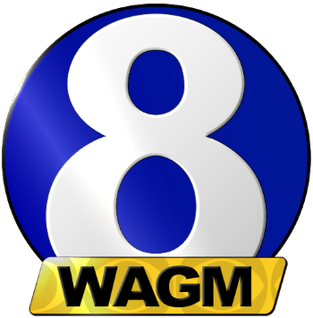 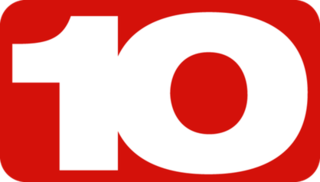 WTHI-TV, virtual and VHF digital channel 10, is a CBS/Fox/MyNetworkTV/CW+-affiliated television station licensed to Terre Haute, Indiana, United States. The station is owned by Allen Media Broadcasting, a subsidiary of Los Angeles-based Entertainment Studios. WTHI-TV's studios are located on 8th and Ohio Streets in downtown Terre Haute, and its transmitter is located along US 41/150 in unincorporated Sullivan County. Master control operations are based at the facilities of former sister station WISH-TV on North Meridian Street in northwestern Indianapolis. On cable, WTHI-TV is available on Charter Spectrum channel 12 in both standard and high definition.

KFSN-TV, virtual and UHF digital channel 30, is an ABC owned-and-operated television station licensed to Fresno, California, United States. The station is owned by the ABC Owned Television Stations subsidiary of The Walt Disney Company. KFSN-TV's studios are located on G Street in downtown Fresno, and its transmitter is located on Bear Mountain, near Meadow Lakes, California.

Weigel Broadcasting Company is an American television broadcasting company based in Chicago, Illinois, alongside its flagship station WCIU-TV, at 26 North Halsted Street in the Greektown neighborhood. It currently owns 25 television stations and 5 digital over-the-air television networks.

WNPX-TV, virtual channel 28, is an Ion Television owned-and-operated station serving Nashville, Tennessee, United States that is licensed to Franklin. The station is owned by the Ion Media subsidiary of the E. W. Scripps Company, as part of a duopoly with Nashville-licensed CBS affiliate WTVF. WNPX-TV's transmitter is located near Cross Plains, Tennessee.

The CW Plus is the national feed of The CW, owned by The CW Network, LLC, that is intended primarily for American television markets ranked #100 and above by Nielsen Media Research estimates. The service is primarily carried on digital subchannels and multichannel subscription television providers, although it maintains primary affiliations on full-power and low-power stations in certain markets serviced by the feed. 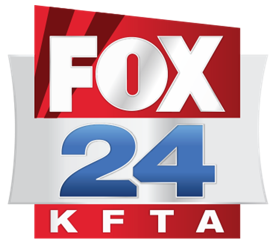 KFTA-TV, virtual channel 24, is a Fox-affiliated television station licensed to Fort Smith, Arkansas, United States, serving the Arkansas River Valley and Northwest Arkansas. The station is owned by Nexstar Media Group, as part of a de facto triopoly with Rogers-licensed NBC affiliate KNWA-TV and Eureka Springs-licensed MyNetworkTV affiliate KXNW. The three stations share studios at the Underwood Building on Dickson Street in downtown Fayetteville, with a satellite studio in Rogers and a news bureau and sales office on Kelley Highway in Fort Smith. KFTA-TV's transmitter is located in unincorporated northeastern Crawford County. 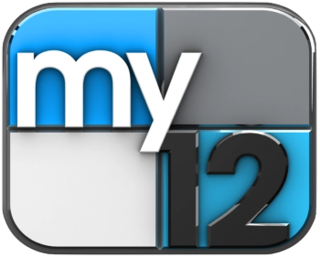 WMYT-TV, virtual channel 55, is a MyNetworkTV-affiliated television station serving Charlotte, North Carolina, United States that is licensed to Rock Hill, South Carolina. As such, it is the only major commercial station in Charlotte that is licensed on the South Carolina side of the market. WMYT is owned by Nexstar Media Group, as part of a duopoly with Belmont, North Carolina-licensed Fox affiliate WJZY. The two stations share studios on Performance Road in unincorporated northwestern Mecklenburg County, and transmitter facilities in Dallas, North Carolina, along the Catawba River. There is no separate website for WMYT-TV.

Bounce TV is an American digital multicast television network owned by Katz Broadcasting, a subsidiary of E. W. Scripps Company. Promoted as "the first 24/7 digital multicast broadcast network created to target African Americans", the channel features a mix of original and acquired programming geared toward African Americans between 25 and 54 years of age. The network is network affiliate with terrestrial television and television station in many media markets through digital subchannel; it is also available on the digital cable tiers of select cable providers at the discretion of local affiliates, The network is also available on Dish Network.

Movies! is an American free-to-air television network owned as a joint venture between Weigel Broadcasting and the Fox Television Stations subsidiary of Fox Corporation. The network's programming emphasizes feature films but also Modern E/I programming on Sunday mornings sourced from Storrs Media/Telco Productions. The network's programming and advertising operations are based in Weigel Broadcasting's headquarters on North Halsted Street in Chicago, Illinois.

Grit is an American free-to-air television network owned by the Katz Broadcasting subsidiary of the E. W. Scripps Company. The network features classic TV series and western feature films targeted at men between the ages of 25 and 54 years old.

Heroes & Icons is an American digital broadcast television network owned by Weigel Broadcasting. Usually carried on the digital subchannels of its affiliated television station in most markets, the network airs classic television series from the 1950s through the 2000s, with a focus on action/adventure, westerns, crime dramas, sci-fi, and superhero programming. It serves as a male-focused counterpart to its younger sister network, Start TV, which primarily carries women-led procedural drama series.

Decades is an American digital broadcast television network owned as a joint venture between the CBS Television Stations subsidiary of ViacomCBS and Weigel Broadcasting. The network, which is mainly carried on the digital subchannels of television stations, primarily airs classic television sitcoms from the 1950s through the early 1990s.

KPMF-LD, virtual channel 26, is a low-powered MyNetworkTV/Quest-affiliated television station licensed to Paragould, Arkansas, United States, within the Jonesboro media market, though it actually serves the Memphis, Tennessee market from the WATN/WLMT transmitter off Brief Road in the Brunswick section of unincorporated northeast Shelby County. The station is owned by HC2 Holdings. It is presently not carried on any cable or satellite providers.

TBD is an American digital broadcast television network owned by the Sinclair Television Group subsidiary of the Sinclair Broadcast Group and operated by Jukin Media. Targeting millennial audiences, the network focuses on internet-based series and other digital content, along with some feature films.