Last updated July 25, 2021
This article is about the television broadcasting company. For the company prior to the spin off and acquisition by The Walt Disney Company, see 21st Century Fox.
American mass media company, successor to 21st Century Fox

Fox Corporation is an American mass media company headquartered in New York City. The company was formed in 2019 as a result of the acquisition of 21st Century Fox by The Walt Disney Company; the assets that were not acquired by Disney were spun off from 21st Century Fox as the new Fox Corp., and its stock began trading on January 1, 2019. [6] [7] [8] The company is incorporated in Delaware.

It is owned by the Murdoch family via a family trust with 39.6% ownership share; [9] Rupert Murdoch is chairman, while his son Lachlan Murdoch is executive chairman and CEO. Fox Corp. deals primarily in the television broadcast, news, and sports broadcasting industries. They include the Fox Broadcasting Company, Fox Television Stations, Fox News, Fox Business, the national operations of Fox Sports, and others. Its sister company under Murdoch's control, the present-day News Corp, holds his print interests and other media assets.

The company name traces back through a series of mergers and demergers to the Fox Film Corporation founded by William Fox on February 1, 1915. [10]

On December 14, 2017, The Walt Disney Company announced its intent to acquire the motion picture, cable entertainment, and direct broadcast satellite divisions of 21st Century Fox. The remainder of the company would form a so-called "New Fox", maintaining control of assets such as Fox's television network and broadcast stations, Fox News, the national operations of Fox Sports, and the 20th Century Fox studio lot, which would be leased to Disney for seven years. Fox's regional sports networks were to be included in the sale to Disney. [11] [12] In May 2018, it was confirmed that Lachlan Murdoch, rather than James Murdoch, would take charge of the New Fox company. [3]

The merger faced antitrust scrutiny; Disney would not legally be able to own both the ABC and Fox networks due to an FCC policy known as the "dual network rule", which prohibits mergers between the top broadcast networks. [13] The Department of Justice also ordered that Fox's regional sports networks be divested by Disney within 90 days of closing. Disney owns 80% of ESPN, and the Justice Department felt that the Fox regional networks' combination with ESPN would make Disney too dominant in the cable sports market. [14] [15]

In mid-2018, NBCUniversal's parent company Comcast instigated bidding wars over both the Fox assets Disney planned to purchase, and the British broadcaster Sky plc (a company which 21st Century Fox held a stake in, and was planning to acquire the remainder). In July 2018, Fox agreed to an increase of Disney's offer to $71.3 billion to fend off Comcast's counter-bid. [16] [17] British regulators ordered that a blind auction be held for Sky's assets, which was won by Comcast. [18]

On October 10, 2018, it was reported that in preparation for the impending completion of the sale, the new, post-merger organizational structure of "New Fox" would be implemented by January 1, 2019. [4] On November 14, 2018, it was revealed that the new independent company will maintain the original Fox name. [19] On January 7, 2019, Fox Corporation's registration statement was filed by the U.S. Securities and Exchange Commission. [20]

On January 11, 2019, Fox stated in a securities filing that it had no plans to bid on its former regional sports networks; [6] they would instead go to a consortium led by Sinclair Broadcast Group, with Fox Corporation continuing to license the FSN name to those stations until Sinclair developed a new brand (the networks would eventually become Bally Sports). [21] On March 12, 2019, Disney announced that the sale would be completed by March 20, 2019. [22] On March 19, 2019, Fox Corporation officially began trading on the S&P 500, replacing 21st Century Fox on the index. [8] Republican politician and former Speaker of the House Paul Ryan also joined Fox Corporation's board at this time. [2]

Fox Corporation began operating separately on March 18, 2019. [2] Chairman and CEO Lachlan Murdoch led a town hall meeting three days later, indicating that stock would be issued to the corporation's employees based on longevity. [23]

In May 2019, via the Fox Sports division, Fox Corporation acquired a 4.99% stake in Canadian online gambling operator The Stars Group for $236 million. As a result, it was also announced that the companies would co-develop sports betting products for the U.S. market under the branding Fox Bet. [24]

In early July 2019, Fox Entertainment announced the formation of SideCar, with executives led by Gail Berman. SideCar is a content development unit for Fox and other outlets. [25]

Fox Sports Networks (FSN), formerly known as Fox Sports Net, was the collective name for a group of regional sports channels in the United States. Formed in 1996 by News Corporation, the networks were acquired by The Walt Disney Company in March 20, 2019 following its acquisition of 21st Century Fox. A condition of that acquisition imposed by the U.S. Department of Justice required Disney to sell the regional networks by June 18, 2019, 90 days after the completion of its acquisition. Disney subsequently agreed to sell the networks to Sinclair; the transaction was completed on August 22, 2019. The networks continued to use the Fox Sports name only under a transitional license agreement while rebranding options were explored. A rebranding cross-partnership with Bally's Corporation took effect on March 31, 2021, and the networks were rebranded as Bally Sports, ending the Fox Sports Networks branding after 25 years. 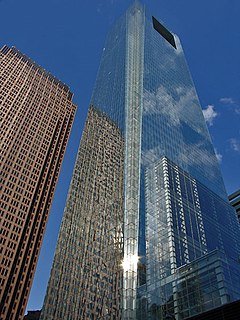 Comcast Corporation is an American telecommunications conglomerate headquartered in Philadelphia, Pennsylvania. It is the second-largest broadcasting and cable television company in the world by revenue, the largest pay-TV company, the largest cable TV company and largest home Internet service provider in the United States, and the nation's third-largest home telephone service provider. Comcast provides services to U.S. residential and commercial customers in 40 states and in the District of Columbia. As the parent company of the international media company NBCUniversal since 2011, Comcast is a producer of feature films and television programs intended for theatrical exhibition and over-the-air and cable television broadcast, respectively.

Fox Networks Group Asia Pacific Limited is a Hong Kong-based commercial broadcasting company which is a part of Disney International Operations's Fox Networks Group, operating multiple specialty television channels. It was previously traded as Star TV until 2001, and simply as Star until 2009. 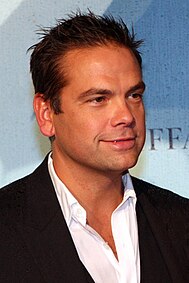 Fox Sports is the brand name for a number of sports channels, broadcast divisions, programming, and other media around the world. The name originates from the Fox Broadcasting Company in the United States, which in turn derives its name from Fox Film, named after founder William Fox. 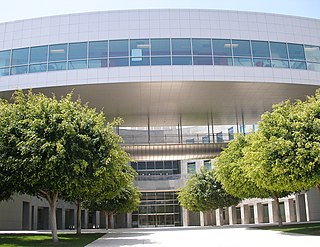 Stephen B. Burke is an English businessman. He currently serves as the senior executive vice president of Comcast and chairman of NBCUniversal.

ViacomCBS Inc. is an American diversified multinational mass media and entertainment conglomerate corporation formed through the merger of the second incarnation of CBS Corporation and the second incarnation of Viacom on December 4, 2019 and headquartered at the One Astor Plaza complex in Midtown Manhattan, New York City, United States. The company operates over 170 networks and reaches approximately 700 million subscribers in approximately 180 countries, as of 2019.

The Bally Sports Regional Networks are a group of regional sports networks in the United States owned by Diamond Sports Group, a joint-venture company of the Sinclair Broadcast Group and Entertainment Studios. The group is branded after casino operator Bally's Corporation, which purchased its naming rights. Launched on March 31, 2021, the networks carry regional broadcasts of sporting events from various professional, collegiate and high school sports teams. Through 19 owned-and-operated networks and several other affiliates, Bally Sports programming is available to all or part of at least 45 states, with the only notable lack of coverage existing in the Philadelphia media market, Northern California, and most of New England.