RRI has several radio channels broadcasts all over Indonesia and abroad to serve all Indonesian citizens throughout the nation and overseas. RRI also provides information about Indonesia to people around the world. Voice of Indonesia is the division for overseas broadcasting.

RRI was established on 11 September 1945 by several figures who previously operated several Japanese radio stations in 6 cities. A meeting attended by the station delegates at Adang Kadarusman house on Menteng resulted in the decision to set up Radio Republik Indonesia by choosing Abdul Rahman Saleh as the first general manager.

In February 1946, RRI was placed under the Department of Information, and immediately became a tool for the newly established national government during Indonesian National Revolution. [1]

Domestic Dutch-language broadcasts were discontinued in 1954. [2]

The RRI central station in Jakarta became one of the vital objects captured by the 30 September Movement on 1 October 1965. In that morning, RRI reported about the September 30 Movement aimed at high-ranking officers who were members of the "Council of Generals" who were about to stage a coup against the government, and announced the formation of "Revolutionary Council" led by Lt. Col. Untung.

In late 1960s, private radio stations were established and effectively ended RRI's monopoly on radio broadcasting. However, during the New Order era, upon the requests of the Ministry of Information, RRI-produced news programs were aired simulcast on all radio stations.

After the Broadcasting Act No. 32/2002 is in force, RRI, along with TVRI, set as the public radio network in 2006 and became independent of any governmental control. The status then reaffirmed by Government Regulation (Peraturan Pemerintah) No. 12 of 2005.

In March 2020, during the COVID-19 pandemic in Indonesia, RRI use the tagline Radio Tanggap Bencana COVID-19 (COVID-19 Disaster Responsive Radio). By the tagline, the network announced their efforts to combat the pandemic by providing accurate and reliable information, and supporting the actions of government of Indonesia during the pandemic. [3]

A proposed new Broadcasting Act (Undang-Undang Penyiaran) currently in the making would merge RRI with its fellow public broadcaster TVRI unto a unified firm RTRI (Radio Televisi Republik Indonesia, Radio [and] Television of the Republic of Indonesia). [4]

RRI is designated as public broadcasting institution per Act No. 32 of 2002 on Broadcasting, which defined as a "legal entity established by the state; has independent, neutral, not commercial (characteristics); and has the function to provide services for the public benefit". Its duty, according to Government Regulation No. 12 of 2005, is "to provide the healthy information, education and entertainment services, (maintain) social control and unity, and preserve the nation's culture for the whole public benefit by organizing radio broadcast that reaches all parts of the Unitary State of the Republic of Indonesia". The network is formally placed directly under, and responsible to, the President of Indonesia.

According to article 15 of the Broadcasting Act, RRI funding comes from several sources such as broadcasting fees, annual state budget (drafted by the government and approved by the DPR), community contribution, and advertisement, as well as other legal efforts related to the broadcasting operation. In fact, as of today the broadcasting fee is not yet implemented, and RRI is asked to generate "non-tax revenue" for the state by various funding sources (besides the annual state budget), which some of the revenue would be returned to the network. Previously the radio tax to supplement RRI funding was charged in 1947, [6] but was abolished sometime in the 1980s.[ citation needed ]

In general, RRI offers a maximum of four main stations in a region (availability are vary, see below), one of them is a national simulcast. Three other services are transmitted locally, producing local programmes as well as relaying programmes from RRI central station in Jakarta.

RRI has its own visual radio channel, RRI NET, that broadcasts certain live national radio programming via television. RRI NET can be accessed via streaming service as well as free-to-air satellite television across the country.

RRI NET is known to have been first broadcasting since December 2015. [7] However, the channel was only officially launched on 12 September 2018 in commemoration of RRI's 73rd anniversary. [8]

The slogan of RRI NET is the "Tonton apa yang anda dengar" (Watch what you listen). [9] 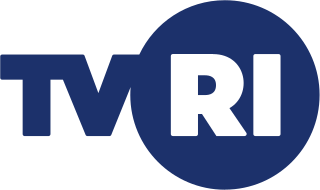 Universitas Terbuka is Indonesia's state university and employs open and distance learning (ODL) system to widen access to higher education to all Indonesian citizens, including those who live in remote islands throughout the country as well as in various parts of the world. It has a total student body of 1,045,665 as of 2019/2020 according to Indonesia's Ministry of Education Higher Education database. According to a distance education institution in the UK, UT, including one from "The Top Ten Mega Universities" UT-3 ranks after similar universities in China and Turkey.

Belu Regency is a regency in East Nusa Tenggara province of Indonesia. Established on 20 December 1958, Belu Regency has its seat (capital) in the large town of Atambua.

Television in Indonesia started in 1962, when the then state-run station TVRI began broadcasting – the third country in Southeast Asia to do so. TVRI held a television monopoly in Indonesia until 1989 when the first commercial station, RCTI began as a local station and was subsequently granted a national license a year later. The Indonesian television is regulated by both Ministry of Communication and Information Technology (Kemenkominfo) and Indonesian Broadcasting Commission (KPI).

MNCTV is an Indonesian private television station. It was founded on 1 August 1990, at first broadcasting only educational programmes, but has since become similar to other Indonesian TV stations, showing programmes such as quizzes, sinetron, reality TV shows, sports shows, and recently, dangdut music.

Indonesian terrestrial digital television (DVB-T2) started in 2009, and in most areas runs alongside the analogue TV system. The phase 1 of nationwide analog shutdown will be done in 166 regencies and cities, including Banda Aceh, Batam, Tanjungpinang, Serang, Samarinda, Tanjung Selor and Tarakan on 30 April 2022 and it simplified in three stages, followed by phase 2 in 110 regencies and cities on 25 August 2022, while the last analog broadcasting station will officially turn off on 2 November 2022 at midnight. 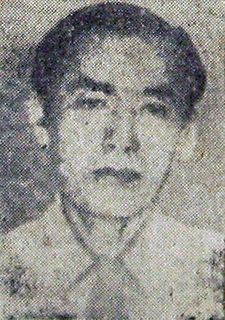 Raden Maladi was an Indonesian athlete, songwriter, and politician. Interested in football from a young age, Maladi played in the Indonesian leagues beginning in 1930. In the 1940s he dabbled in songwriting and broadcasting before joining the pemuda troops during the Indonesian National Revolution. After a period heading the Football Association of Indonesia, he was selected as Minister of Information and, later, Minister of Sports.

The ABU TV Song Festival 2016 was the fifth annual edition of the ABU TV Song Festivals. The event, which is non-competitive, took place in Bali Nusa Dua Convention Centre, Bali, Indonesia, on 22 October 2016. Fourteen countries have confirmed their participation. Tunisia made their debut at the festival, while China and Sri Lanka returned after a one-year absence and a two-year absence respectively. Myanmar and Vanuatu have both stated that they do not intend to make their debut at the festival. India, Malaysia, and Turkey have withdrawn from the contest. 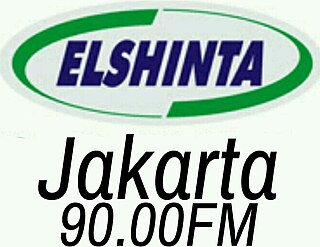 PM2FGZ, on air name Elshinta News and Talk or Elshinta, is an all-news radio in Jakarta, Indonesia.

TVRI Kanal 3 is an Indonesian television channel owned by public broadcaster TVRI, specialized in culture as well as documentary programming. The channel is available only in digital terrestrial, satellite, and TVRI Klik streaming service.