Don Bosco Technical Institute of Makati, [1] or simply "Don Bosco Makati." is a private Catholic educational institution owned and operated by the Salesians of Don Bosco (SDB). Its campus is located at Chino Roces Avenue Makati, Metro Manila, Philippines. In January 1954, the cornerstone of Don Bosco Makati was laid down, during the term of then, Servant of God Fr. Carlo Braga, SDB, as Provincial. At the same year, construction of the first building was completed which housed the chapel, the convent, a youth center, and the auditorium.

The Elementary Department advocates information literacy as its approach to the basic curriculum required by the Department of Education. The Elementary Department emerged to have the best educational management information system [2] in the Division of Pasay Schools. Computer aided design was integrated in drafting the technical curriculum through the assistance of the Advance Technology Solutions Technologies of Singapore. Equipment and facilities for the Electronic Data Processing were installed for the networking of all records in the Accounting, Registrar, Testing and Personnel Offices.

The Don Bosco Technical Institute-Junior High School is a Catholic lower secondary school for boys. The department features up-to-date facilities in the fields of academic, technical, spiritual and athletics.

The curriculum is as prescribed by the Department of Education — mathematics, science, English, Filipino, Araling Panlipunan, Christian living, and MAPEH.[ clarification needed ] With this, the student is offered a dual curriculum, with academic plus technical.

During the first two years in high school, a Bosconian is exposed to a general technical education covering measurements, hand tools and light power tools applied to light metal work and simple electrical circuits together with a more advanced information technology (computer subject) curriculum. For the last two years, there is a choice of one of these technical specializations:

It is a Home and School for the poor and out-of-school youth where they learn various technical skills of their choice as a means to gain decent employment. The center is managed and run by the Partners of the Salesians of Don Bosco.

The course can be learned in one year. The first ten months of training are spent in the center to build the trainees' theoretical foundation (30%) and their hands-on training experience (70%).

On the eleventh month, all trainees are assigned for a 5-month On-the-job training in selected companies to advance their technical skills and firm up their attitude as a means of preparing them for the exciting world of work. This orientation scheme initiates the graduates to an industrial setting that demands hard work, quality performance and proper work values.

In 1999 Fr. Caesar Dizon, SDB, former rector of Don Bosco Technical Institute-Makati, spearheaded a special project and organized a working team to conceptualize the development of a new learning center called the "Mulitiple Intelligence Center. It is patterned from the theory of Dr. Howard Gardner who believed that every man has his own kind of intelligence and potential as a person.

The MIC was conceived to make students, teachers and personnel to be in touch with technological change. This change reflects a major challenge present in today's society—that is, the use of modern technology in all aspects of humanity. The MIC became a learning center equipped with state-of-the-art technology and incorporating modern theories and principles.

On August 15, 2000, after its blessing by the Rector, the new MIC became functional with the appointment of Ms. Ofelia Dantes as its first head.

• Boscorale, the school's representative choral group, is one of the known all-male High School choirs in the Philippines. The Boscorale was said to be the school's pride when it comes to chorale singing due to its various achievements from winning in various prestige chorale competitions in the metro. To date, the young male choir have already achieved 16 notable prizes: 6 championships, 9 runners-up and a minor award. [12] [13] [14] [15] The Boscorale is currently holding the "back-to-back" championship titles in the Annual Ayala Interschool Christmas Caroling Competition and the Musica FEUropa - High School Category Competition.

Enlightened and moved by the spirit of St. John Bosco, the Boscorale aims to be in melody and harmony with the Lord Almighty, for they believe that "a school without music is like a body without a soul." -St. John Bosco

• Teatro Busko, the school's official Theatre club was established in the '90s but was re-established in 2015. The club produced plays and performances every school year to showcase the talent of its members. The club also joined competitions outside the school. The club won the Best Picture award and a handful of awards during the Makati Theater Festival last 2018. The club also joined SIGABO, a National Speech Choir competition organized by CMLI. The club first joined in 2016. The club joined again in 2018 and was one of the Top 10 Finalist. In 2019, the club was declared SIGABO 2019 CHAMPION, bringing great pride to Don Bosco Technical Institute-Makati. 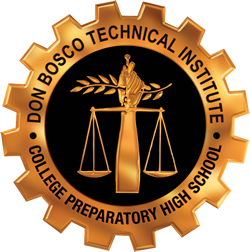 Don Bosco Technical Institute is an all-male, private, Catholic high school in Rosemead, California, combining college-preparatory academic courses and technological education. The academic curriculum allows students to meet, or exceed, the admission requirements of the University of California, California State University and most other four-year colleges and universities throughout the country. 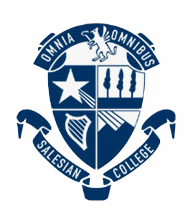 Salesian College is a Roman Catholic Independent school for boys located in the Melbourne suburb of Chadstone. Founded on the philosophies of Saint John Bosco, the college aims to offer a Salesian ideal of education. Salesian comprises two campuses – Bosco being the school's main campus and Mannix catering solely for one year level. The reason for this is because of all the camps and student experiences in the Mannix campus.

Don Bosco Technical Institute, also known as Don Bosco Victorias is a private Catholic Salesian co-educational technical basic education institution run by the Salesians of the Society of Saint John Bosco in Victorias City, Negros Occidental, Philippines. It was founded in 1951 by the (Salesians). The school is rooted on Catholic values. 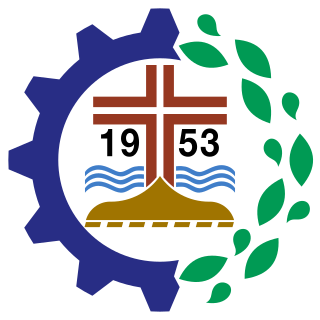 Don Bosco Technical College also referred to by its acronym DBTC or Don Bosco Mandaluyong is a private Catholic basic and higher education institution run by the Salesians of the Society of Saint John Bosco in Mandaluyong, Metro Manila, Philippines. Established in 1953 by the Salesians, it is the first Don Bosco Educational Center in Metro Manila. Don Bosco Mandaluyong offers co-educational primary (elementary) and secondary education, co-educational senior high school and college, night school, and vocational training for out-of-school youth.

Don Bosco School Liluah is an all-boys, English medium school located in the city of Howrah, India. It operates under the Council for the Indian School Certificate Examinations and takes students from the lower kindergarten through grade twelve. The school was established in 1937, and is run by the Salesians of Don Bosco S.D.B. which is a minority institution within the Catholic Church. The patron saint of the school is St. John Bosco, popularly known as Don Bosco. The motto of the school is "Virtus et Labor". The school celebrated its Platinum Jubilee in December 2012.

Don Bosco School Manila, is an educational institution owned and operated by the Daughters of Mary Help of Christians (FMA), otherwise known as Salesian Sisters of St. John Bosco. It was founded in 1989. DBS has its own informational handbook which comprises the guidelines and all other information about the school.

Don Bosco School, located in an Alaknanda, New Delhi, India, is an all-boys English medium school imparting education from Kindergarten (Pre-Primary) through 12th grade with a campus spanning 10.37 acres. Established at its current site in as early as 1980, it is run by the one and a half century old organisation The Order of the Salesians of Don Bosco. It is affiliated to the Central Board of Secondary Education, New Delhi, and the teaching methods adopted include the Salesian Preventive System.It has a large full sized football field, 3 basketball courts, 1 auditorium. The building is divided into 2 parts - Junior block Senior block The school stands in front of a city forest called Jahapanah City Forest. The principal of this school is called a father. There is a special apartment for the fathers in this school which is near the junior building .Christian students have to pay less school fees. In the class, 25% of the students are from economically weaker sections. The fees of the other students is used to educate the poor students. The poor students study with the other students. There are 41-46 students in a class and 1 teacher in a class. There are 4 sections in a grade.

St. Anthony’s Higher Secondary School, is an educational institution of the Catholic Church, belonging to and managed by the Salesians of Don Bosco Educational Society .Guided by the religious and educational philosophy of St. John Bosco, the school was founded to bring school education within the reach of the common man.

Don Bosco Academy also referred to by its acronym DBA or Don Bosco Pampanga" is a private Catholic Salesian technical educational institution for boys run by the Salesians of the Society of Saint John Bosco in Mabalacat, Pampanga, Philippines. It was founded in 1956 by the (Salesians).

The Tuloy Foundation, Inc. is a Philippine charitable organization focused on the marginalized youth. It was founded in 1993 by Marciano G. Evangelista of the Salesians of Don Bosco.

Don Bosco Senior Secondary School is a school located in Guwahati, Assam. It is a Catholic school founded on the teachings of Saint John Bosco, and is run by the Salesians of Don Bosco. Started in 1948, Don Bosco is one of the leading private schools in the North-Eastern states. It currently operates 12 standards, divided into primary, middle, senior and senior secondary sections. The school is managed by a Principal, with Vice Principals and Teacher-Coordinators operating under him. The school currently houses 3000 students.

St. John's Regional Seminary (Philosophate) founded in 1987 is a propaedeutic seminary equipping students with philosophical training. It is located in the rural town of Kothavalasa in the Vizianagaram District in Andhra Pradesh, India.

Carlo Braga was a professed priest of the Salesians of Don Bosco and known as "the Little Don Bosco of China" for his missionary works towards the children in China. He died in the Philippines in 1971.

The Caritas Don Bosco School is a private Catholic co-education institution located in Biñan, Laguna, Philippines. It is overseen by the congregation of Suore della Carità di Gesù (SCG) Caritas Sisters of Jesus from Japan.

Don Bosco School, Bandel is an all-boys, English medium school in Sahaganj, Hooghly, West Bengal, India. It was established in 1978 and run by the Salesians of Don Bosco which is a congregation within the Catholic Church. The school operates under the Council for the Indian School Certificate Examinations. It is one of the international Don Bosco "family of schools".

The Church of Our Lady of Dolours, Wadala is a Roman Catholic church in Mumbai, India built in 1853. The parish of Our Lady of Dolours with its school, St. Joseph's was entrusted to the Salesians in 1948, about the same time as the Salesians settled in Matunga. The school was co-ed until the Salesian Sisters came into the Wadala Village with the Auxilium Convent for girls. The centerpiece of the church is a statue of the Pieta.

Don Bosco Technical College–Cebu is a private Catholic vocational basic and higher education institution in Cebu City managed by the Philippines South Province (FIS) of the Salesians of the Society of Saint John Bosco. The basic education department accepts male students only except the Senior High School which is coeducational. The TVED and college department are also coeducational. It was established as a center for out-of-school youth by Italian Salesian missionaries in 1954 and later developed into a technical school. It was originally named as Don Bosco Technical High School but commonly called 'Boys' Town' in the city. It was later renamed Don Bosco Technology Center and in 2017 as Don Bosco Technical College. A namesake and sister school exists in Mandaluyong.