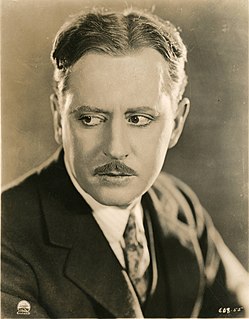 The Hand That Rocks the Cradle is a 1992 American psychological thriller film directed by Curtis Hanson, and starring Annabella Sciorra, Rebecca De Mornay, Matt McCoy, Ernie Hudson, and Julianne Moore. Its plot follows the pregnant wife of a Seattle obstetrician who kills himself after he is accused of sexual misconduct by his patients. The shock leads the wife to miscarry, after which she poses as a nanny for one of her husband's accusers, and slowly begins to infiltrate the family. The title is taken from an 1865 poem by William Ross Wallace and there are several nods to the comic opera The Pirates of Penzance. The Hand That Rocks the Cradle grossed approximately $140 million worldwide.

Timothy Aloysius Cadwallader "Dum Dum" Dugan is a fictional character appearing in American comic books published by Marvel Comics. He is an officer of S.H.I.E.L.D. and is one of the most experienced members of Nick Fury's team, known for his marksmanship with rifles and impressive physique. He is recognized for his trademark bowler hat.

Goodhue Livingston was an American architect who co-founded the firm of Trowbridge & Livingston and designed the Hayden Planetarium. 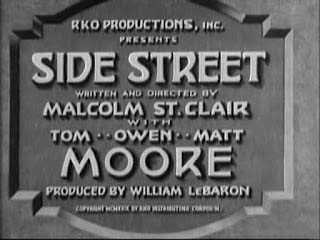 Gambler's Choice is a 1944 film directed by Frank McDonald and starring Chester Morris and Nancy Kelly.

The Fighting Sullivans, originally released as The Sullivans, is a 1944 American biographical war film directed by Lloyd Bacon and written by Edward Doherty, Mary C. McCall Jr., and Jules Schermer. It was nominated for a now-discontinued Academy Award for Best Story. 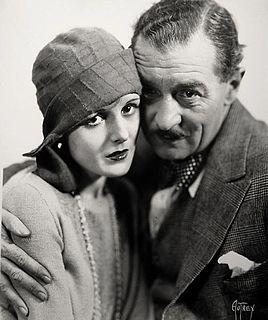 Dry Martini is a 1928 film comedy produced and distributed by Fox Film Corporation starring Mary Astor and Matt Moore. The Movietone sound system was used for music and sound effects but otherwise it is a silent film. A silent version was also made. Samuel L. Rothafel also contributed music for the film. It was adapted from the 1926 novel Dry Martini: a Gentleman Turns to Love by John Thomas. Ray Flynn was an assistant director.

Jiggs and Maggie Out West is a 1950 American comedy film directed by William Beaudine and starring Joe Yule, Renie Riano and George McManus. It was the final film in the Jiggs and Maggie film series, featuring the adventures of a bickering Irish-American couple.

Agent Carter is a 2013 American direct-to-video short film featuring the Marvel Comics character Peggy Carter, produced by Marvel Studios and distributed by Walt Disney Studios Home Entertainment. It is a follow up to the 2011 feature film Captain America: The First Avenger, and is the fourth Marvel One-Shot short film. The film is directed by Louis D'Esposito from a screenplay by Eric Pearson, and stars Hayley Atwell as Peggy Carter, along with Bradley Whitford and Dominic Cooper. In Agent Carter, Peggy Carter sets out on a solo mission to acquire the mysterious Zodiac while facing sexism post-World War II at the SSR, a precursor to S.H.I.E.L.D..

Dixie Dugan is a 1943 American comedy film, directed by Otto Brower. It stars Lois Andrews, James Ellison, and Charlotte Greenwood. Intended as the first of a series, the film was not a success and the plans for sequels were scrapped.

The First Year is a 1926 American silent comedy film directed by Frank Borzage and starring Matt Moore, Katherine Perry, John Patrick, Frank Currier, and Frank Cooley. It is based on the 1920 play of the same name by Frank Craven. The film was released by Fox Film Corporation on January 24, 1926.

Reg'lar Fellers is a 1941 American comedy film directed by Arthur Dreifuss and starring Billy Lee, Carl 'Alfalfa' Switzer and Sarah Padden. It was based on the comic strip of the same name. Former silent film star Marguerite De La Motte appears in a supporting role.

Sooner or Later is a 1920 American silent comedy film directed by Wesley Ruggles and starring Owen Moore, Seena Owen and Clifford Grey. With no holdings located in archives, it is a lost film.