China Doll (a.k.a. Time Is a Memory) is a 1958 romantic drama film set in the China Burma India Theater of World War II and starring Victor Mature and Li Li-Hua. It represented a return to films for director Frank Borzage who had taken a 10-year hiatus before tackling this poignant, yet "offbeat" film. [1] [N 1]

In 1943, Captain Cliff Brandon (Victor Mature) is a cargo aircraft pilot supplying the Allied troops fighting the Japanese in China. When he is not flying or training his new crew hard, he is usually drinking in the local bar.

One night, while stumbling home drunk, he encounters an old Chinese man who offers him a girl, his daughter Shu-Jen (Li Li-Hua). Brandon pays him, but when he sees the young woman, he tells the old man to keep her. When he wakes up the next morning, he finds Shu-Jen there. After Father Cairns (Ward Bond), a longtime resident of China, expresses his disapproval, Brandon tries his best to get rid of her, assigning the task to Ellington, a young Chinese boy who speaks English well. Ellington tries to sell her into prostitution, but Father Cairns happens by and takes Shu-Jen back to Brandon.

The priest finds out that Shu-Jen's father was a farmer, but he lost his land to the Japanese invaders. Destitute, he sold his daughter's services for three months to feed the rest of his large family. Cairns tells Brandon that, if he were to send the girl back, the old man would return the desperately needed money. So, over Brandon's protests, the priest gets him to keep the girl; Brandon tells her that she is there only as a housekeeper. He makes Ellington his live-in interpreter.

Over time, however, love blooms, and Shu-Jen becomes pregnant. They get married in a traditional Chinese ceremony. After he is transferred to another base, she gives birth to their daughter. Later, they are reunited.

While Brandon is flying a mission, the base is attacked. The returning flight is ordered to divert to a different airfield, but Brandon disobeys and lands his aircraft. When he cannot locate his family, he orders his crew to leave with the survivors. Then he finds Shu-Jen and Ellington both dead, but his daughter is alive. He puts his dog tag around her neck, then mans an anti-aircraft gun and shoots down one or two enemy aircraft before he is killed.

In 1957, his former crewmates and their wives anxiously await the arrival in the United States of Brandon's daughter, found in an orphanage by Father Cairns, still with her father's dog tag.

China Doll had lingered on Borzage's desk from 1953 as an earlier story, The China Story. [4] Starting out with the working title of Time Is a Memory, the film was the first co-production of Batjac Productions and Romina Productions; the next and last co-production was Escort West (1959), a western, also starring Victor Mature.

Borzage had been a successful director throughout the 1920s and reached his peak in the late silent and early sound era with such noted films as Seventh Heaven (1927), Street Angel (1928), Bad Girl (1931) and A Farewell to Arms (1932). [N 2] During the 1940s, his films were not as well received and after the film noir, Moonrise (1948), Borzage had stopped directing. China Doll marked his return to Hollywood, although he only completed one more film, The Big Fisherman (1959), while his last effort, L'Atlantide (1961), had to be finished by others due to his illness. [5]

Borzage and Victor Mature intended China Doll to be the first of several films they would make together, others including The Incorrigibles and Vaults of Heaven. [7]

Principal photography took place in 1958 with location shooting at Saugus, California. To faithfully recreate the Kunming Airfield, documentary footage from World War II was incorporated. Although aerial action in China Doll took a secondary role compared to the melodrama that predominated, the following aircraft were featured:

Li Li Hua had been under contract to Cecil B. De Mille who had considered her for The Buccaneer. [9]

Considered a modest but interesting film, China Doll received favorable critical reviews. Variety noted the film had, "the warmth and humor of a romance between a burly air corps captain and a fragile oriental beauty." [10] Howard Thompson, reviewer for The New York Times found it "(a) familiar war drama (that) has some winning aspects. ... Under Mr. Borzage's leisurely, gentle staging, the love story dominates the picture." [8]

More recent reviews have treated China Doll as one of Borzage's best and a fitting penultimate testament to his career. [1] A lengthy review by Dan Callahan laid out the tropes of his earlier works were present: "China Doll is a delicate, spare, old man's movie, with quiet attention to character detail (even Ward Bond's priest is sensitive and thoughtful). There's a melancholy, pessimistic slant to the dialogue that isn't lingered over; the movements of the actors and the compositions are so stylized and presentational that it almost feels, at magical times, like a silent film. The ending is surprisingly violent, even brutal, but in a brief coda, Borzage observes the regeneration of beauty in the couple's child, even as he has shown the lovers' bond and their kindness viciously wiped out by war." [11]

Crouching Tiger, Hidden Dragon is a 2000 wuxia film directed by Ang Lee and written by Wang Hui-ling, James Schamus and Kuo Jung Tsai. The film features an international cast of actors of Chinese ethnicity, including Chow Yun-fat, Michelle Yeoh, Zhang Ziyi and Chang Chen. It is based on the Chinese novel of the same name by Wang Dulu, the fourth part of his Crane Iron pentalogy.

Victor John Mature was an American stage, film, and television actor who starred most notably in several movies during the 1950s, and was known for his dark hair and smile. His best known film roles include One Million B.C. (1940), My Darling Clementine (1946), Kiss of Death (1947), Samson and Delilah (1949), and The Robe (1953). He also appeared in many musicals opposite such stars as Rita Hayworth and Betty Grable.

Huang Yu-chun, known by her final stage name Ivy Ling Po, is a retired Hong Kong actress and Chinese opera singer. She is best known for a number of mega-hit Huangmei opera films in the 1960s, especially The Love Eterne (1963) which made her an Asian superstar overnight. She played an important role in the entertainment industry for preserving the Huangmei opera art form. 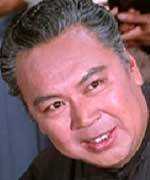 Zarak is a 1957 British-American CinemaScope adventure film based on the 1949 book The Story of Zarak Khan by A.J. Bevan. It was directed by Terence Young with assistance from John Gilling and Yakima Canutt. Set in the Northwest Frontier, the film stars Victor Mature, Michael Wilding, Anita Ekberg, and features Patrick McGoohan in a supporting role. 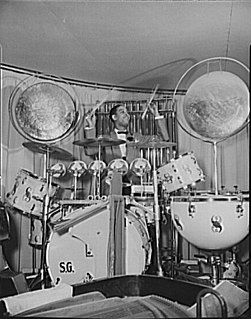 William Alexander "Sonny" Greer was an American jazz drummer and vocalist, best known for his work with Duke Ellington.

The Battle of Xuzhou was fought in May 1938 as part of the Second Sino-Japanese War.

Linda Lin Dai, born Cheng Yueru (程月如), was a Chinese actress of Hong Kong films made in Mandarin during the 1950s–60s. She was a star actress of the Shaw Brothers Studio. She was the daughter of Cheng Siyuan (程思遠), the secretary of the KMT Chinese President Li Zongren, and Vice Chairman of the CPPCC.

Li Shu-hua was a Chinese biophysicist and politician. He was an educator, and administrator at Peking University and a Chinese diplomat. He was the brother of Li Shu-tien. 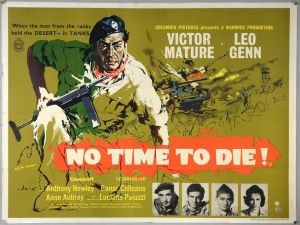 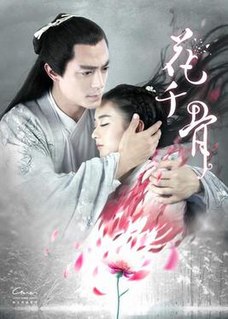 The Journey of Flower is a 2015 Chinese television series starring Wallace Huo and Zhao Liying. It is based on the fictional novel of the same name written by Fresh Guoguo, which is inspired from Daoist legends regarding the path to immortality. The series was broadcast on Hunan TV every Wednesdays and Thursdays for two episodes per day, from 9 June to 7 September 2015.

Eternal Love, also known as Three Lives, Three Worlds, Ten Miles of Peach Blossoms, is a 2017 Chinese television series starring Yang Mi and Mark Chao. It is based on the xianxia novel of the same name by Tang Qi Gong Zi. The series was broadcast on Zhejiang TV and Dragon TV from 30 January to 1 March 2017.

Taoyuan Air Base was a Republic of China Air Force base located in Taoyuan, Taiwan, southeast of Taipei's civilian Taoyuan International Airport. In 2007, the site was turned over to the Republic of China Navy and was renamed to Taoyuan Naval Base.

Listening Snow Tower is a 2019 Chinese television series starring Qin Junjie and Yuan Bingyan, based on the novel of the same name by Cang Yue. It aired on Tencent Video on May 6, 2019.