The EPP was established by Princeton University Press (PUP) in 1977 at the Institute for Advanced Study. The founding editor of the project was professor of physics John Stachel. In 1984, the project moved from Princeton to Stachel's home institution, Boston University. The first volume of the CPAE was published by PUP in 1987. The following year, historian of science Martin J. Klein of Yale University was appointed senior editor of the project. Volumes 1-6 and 8 of the series were completed during the project's time in Boston.

In 2000, professor of history Diana Kormos-Buchwald was appointed general editor and director of the EPP and established offices for the project at the California Institute of Technology (Caltech) In Pasadena, California. Volumes 7 and 9-16 of the CPAE have been completed since the project's move to Caltech. (Volume 11 in the series is a comprehensive index and bibliography to Volumes 1-10).

The CPAE volumes include Einstein's books, his published and unpublished scientific and non-scientific articles, his lecture and research notebooks, travel diaries, book reviews, appeals, and reliable records of his lectures, speeches, interviews with the press, and other oral statements. The volumes also include his professional, personal, and political correspondence. Each annotated volume, referred to as the documentary edition, presents full text documents in their original language, primarily German. Introductions, endnotes, texts selected for inclusion as abstracts, etc. are in English. Volume 16 of the CPAE is the most recent publication in the series; the first sixteen volumes cover Einstein's life up to May 1929. PUP publishes the series. With each documentary edition, the EPP simultaneously publishes a companion English translation volume.

The EPP collaborates with the Albert Einstein Archives at the Hebrew University of Jerusalem. In his last will and testament, Einstein bequeathed his literary estate and his personal papers to the Hebrew University. The project and the archives maintain and update a shared archival database of 90,000+ records, freely accessible online. Support for the project comes from PUP, endowments from individuals and universities, the National Science Foundation, and the National Endowment for the Humanities.

In late 2014, the EPP and PUP launched The Digital Einstein Papers. [1] The website presents the complete contents of The Collected Papers of Albert Einstein , Volumes 1-15. The project volumes are reproduced online as fully searchable PDFs. All documents and endnotes are linked to provide seamless transitions between the original language documentary edition and English translations. Subsequent volumes will be added to the website approximately eighteen months after their release in print. It is projected that there will be thirty volumes in the series. Eventually, the Digital Einstein Papers website will provide access to all of Einstein's writings and correspondence accompanied by scholarly annotation and apparatus.

Includes Einstein's first (1900) published paper after his graduation from ETH Zurich, the Annus Mirabilis Papers, text of his invited lecture after his first academic appointment to the University of Zurich, etc.

Includes a previously unpublished manuscript on relativity and electrodynamics, a notebook documenting his preparation for his first joint paper (1913, with Marcel Grossmann), previously unknown calculations with Michele Besso on the motion of the perihelion of Mercury, etc.

Includes more than five hundred previously unpublished letters to and from Einstein in his early adulthood, from his first employment at the Swiss patent office in 1902 through his appointment to the Prussian Academy of Sciences in 1914. Correspondents included Max von Laue, Paul Ehrenfest, Alfred Kleiner, Fritz Haber, Walther Nernst, etc.

The Digital Einstein Papers [18] is an open-access site for The Collected Papers of Albert Einstein. The site presents volumes 1–15 and will add subsequent volumes in the series roughly two years after original book publication. The volumes are presented in the original language version with in-depth English language annotation and other scholarly apparatus. In addition, the reader can toggle to an English language translation of most documents. By clicking on the unique archival identifier number below each text, readers can access the archival record of each published document at the Einstein Archives Online and in some cases, the digitized manuscript. [19] The launch of The Digital Einstein Papers has attracted broad attention in the press so far, with coverage ranging from The New York Times [20] to The Wall Street Journal . [21]

The trustees of Einstein's literary estate were: [22]

The editors of The Collected Papers of Albert Einstein were: [23]

Current editors of The Collected Papers of Albert Einstein are: [24]

The current executive committee members of the project are: [25] 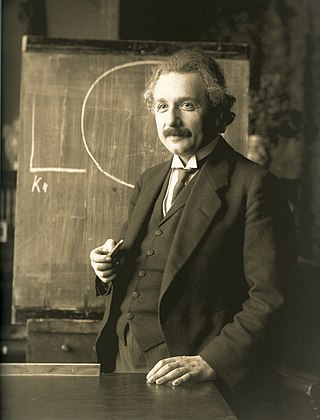 Albert Einstein was a German-born theoretical physicist, widely acknowledged to be one of the greatest and most influential physicists of all time. Einstein is best known for developing the theory of relativity, but he also made important contributions to the development of the theory of quantum mechanics. Relativity and quantum mechanics are the two pillars of modern physics. His mass–energy equivalence formula E = mc2, which arises from relativity theory, has been dubbed "the world's most famous equation". His work is also known for its influence on the philosophy of science. He received the 1921 Nobel Prize in Physics "for his services to theoretical physics, and especially for his discovery of the law of the photoelectric effect", a pivotal step in the development of quantum theory. His intellectual achievements and originality resulted in "Einstein" becoming synonymous with "genius". Einsteinium, one of the synthetic elements in the periodic table, was named in his honor. 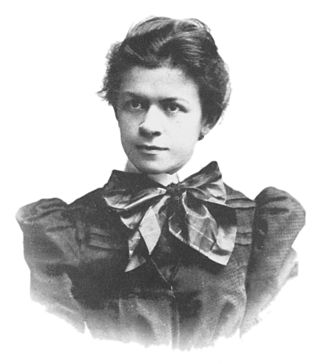 Mileva Marić, sometimes called Mileva Marić-Einstein, was a Serbian physicist and mathematician and the first wife of Albert Einstein from 1903 to 1919. She was the only woman among Einstein's fellow students at Zürich Polytechnic and was the second woman to finish a full program of study at the Department of Mathematics and Physics. Marić and Einstein were collaborators and lovers and had a daughter Lieserl in 1902, whose fate is unknown. They later had two sons, Hans Albert and Eduard.

Theodor Fritsch, was a German publisher and journalist. His antisemitic writings did much to influence popular German opinion against Jews in the late 19th and early 20th centuries. His writings also appeared under the pen names Thomas Frey, Fritz Thor, and Ferdinand Roderich-Stoltheim.

John Stachel is an American physicist and philosopher of science.

Jed Z. Buchwald is Doris and Henry Dreyfuss Professor of History at Caltech. He was previously director of the Dibner Institute for the History of Science and Technology at MIT. He won a MacArthur Fellowship in 1995 and was elected to the American Philosophical Society in 2011. 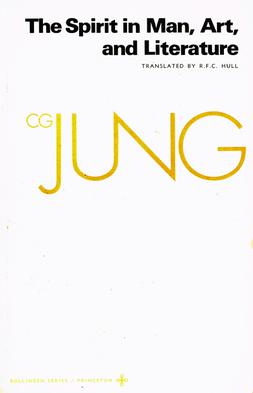 Camillo Karl Schneider was a German botanist and landscape architect. A farmer's son, he was born at Gröppendorf, in the Kingdom of Saxony, and worked as a gardener at Zeitz, Dresden, Berlin and Greifswald. Returning to Berlin to work in the City Parks Department, he assisted in editorial work for the periodical Gartenwelt, which led to his employ as a landscape assistant in Darmstadt and Berlin. In 1900, he moved to Vienna, where he practiced as a freelance architect and writer, travelling extensively through Europe. In 1904 he published his first books, including the beginning of his tome Illustrated Handbook of Broad-leaved Trees, which he completed in 1912. However, the manuscript of what should have been his magnum opus, a study of the genus Berberis, was destroyed in a bombing raid on Berlin in 1943. 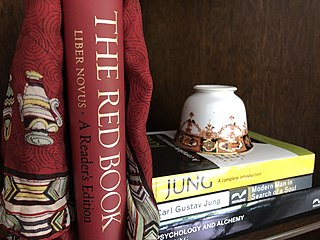 This is a list of writings published by Carl Jung. Many of Jung's most important works have been collected, translated, and published in a 20-volume set by Princeton University Press, entitled The Collected Works of C. G. Jung. Works here are arranged by original publication date if known.

Jürgen Renn is a German historian of science, and since 1994 Director at the Max Planck Institute for the History of Science in Berlin.

Jost Winteler was a Swiss professor of Greek and history at the Kantonsschule Aarau, a linguist, a "noted" philologist, an ornithologist, a journalist, and a published poet. He served as both a mentor and father figure to a teenage Albert Einstein, who boarded at his home from October 1895 to October 1896, while he attended his final year of secondary school. 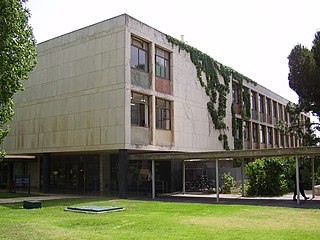 Albert Einstein Archives refers to an archive on the Givat Ram campus of the Hebrew University of Jerusalem in Jerusalem, Israel housing the personal papers of 20th century physicist Albert Einstein.

The Papers of Thomas Jefferson is a multi-volume scholarly edition devoted to the publication of the public and private papers of Thomas Jefferson, the third President of the United States. The project, established at Princeton University, is the definitive edition of documents written by or to Jefferson. Work on the series began in 1944 and was undertaken solely at Princeton until 1998, when responsibility for editing documents from Jefferson's post-presidential retirement years, 1809 until 1826, shifted to the Thomas Jefferson Foundation at Monticello. This enabled work to progress simultaneously on two different periods of Jefferson's life and thereby doubled the production of volumes without compromising the high standards set for the project.

David C. Cassidy is an American historian of science and professor emeritus at Hofstra University, Hempstead, New York. He is best known for his contributions to the history of quantum mechanics, scientific biography, history of physics in Germany and the United States and, most recently, science-history drama.

Einstein: His Life and Universe is a non-fiction book authored by American historian and journalist Walter Isaacson. The biographical analysis of Albert Einstein's life and legacy was published by Simon & Schuster in 2007, and it has received a generally positive critical reception from multiple fronts, praise appearing from an official Amazon.com review as well as in publications such as The Guardian and Physics Today.

Diana L. Kormos-Buchwald is a historian of modern physical science and the Robert M. Abbey Professor of History at the California Institute of Technology (Caltech).