The "first possession" theory of property holds that ownership of something is justified simply by someone seizing it before someone else does. [1] This contrasts with the labor theory of property where something may become property only by applying productive labor to it, i.e. by making something out of the materials of nature.

The labor theory of property is a theory of natural law that holds that property originally comes about by the exertion of labor upon natural resources. The theory has been used to justify the homestead principle, which holds that one may gain whole permanent ownership of an unowned natural resource by performing an act of original appropriation.

Terra nullius is a Latin expression meaning "nobody's land", and was a principle sometimes used in international law to justify claims that territory may be acquired by a state's occupation of it. 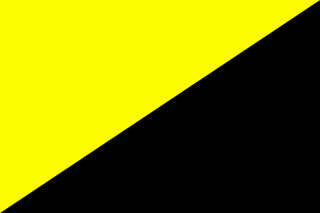 Anarcho-capitalism is a political philosophy and school of anarchist thought that advocates the elimination of centralized state dictum in favor of self-ownership, private property and free markets. Anarcho-capitalists hold that in the absence of statute, society tends to contractually self-regulate and civilize through the spontaneous and organic discipline of the free market.

Justice, in its broadest context, includes both the attainment of that which is just and the philosophical discussion of that which is just. The concept of justice is based on numerous fields, and many differing viewpoints and perspectives including the concepts of moral correctness based on ethics, rationality, law, religion, equity and fairness. Often, the general discussion of justice is divided into the realm of social justice as found in philosophy, theology and religion, and, procedural justice as found in the study and application of the law.

Metaphysics is the branch of philosophy that examines the fundamental nature of reality, including the relationship between mind and matter, between substance and attribute, and between possibility and actuality. The word "metaphysics" comes from two Greek words that, together, literally mean "after or behind or among the [study of] the natural". It has been suggested that the term might have been coined by a first century CE editor who assembled various small selections of Aristotle’s works into the treatise we now know by the name Metaphysics.

Various approaches of Value theory examine how, why, and to what degree humans value things; whether the object or subject of valuing is a person, idea, object, or anything else.

Wage slavery is a term used to draw an analogy between slavery and wage labor by focusing on similarities between owning and renting a person. It is usually used to refer to a situation where a person's livelihood depends on wages or a salary, especially when the dependence is total and immediate. 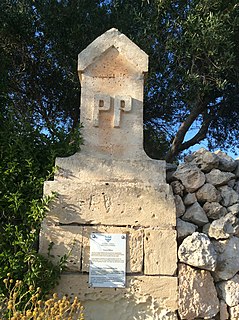 Anthropological theories of value attempt to expand on the traditional theories of value used by economists or ethicists. They are often broader in scope than the theories of value of Adam Smith, David Ricardo, John Stuart Mill, Karl Marx, etc. usually including sociological, political, institutional, and historical perspectives (transdisciplinarity). Some have influenced feminist economics.

Homage is a show or demonstration of respect or dedication to someone or something, sometimes by simple declaration but often by some more oblique reference, artistic or poetic. The term is often used in the arts for where one author or artist shows respect to another by allusion or imitation; this is often pronounced like the French hommage.

The subjective theory of value is a theory of value which advances the idea that the value of a good is not determined by any inherent property of the good, nor by the amount of labor necessary to produce the good, but instead value is determined by the importance an acting individual places on a good for the achievement of his desired ends. The modern version of this theory was created independently and nearly simultaneously by William Stanley Jevons, Léon Walras, and Carl Menger in the late 19th century.

The homestead principle is the principle by which one gains ownership of an unowned natural resource by performing an act of original appropriation. Appropriation could be enacted by putting an unowned resource to active use, joining it with previously acquired property or by marking it as owned. Proponents of intellectual property hold that ideas can also be homesteaded by originally creating a virtual or tangible representation of them. Others however argue that since tangible manifestations of a single idea will be present in many places, including within the minds of people, this precludes their being owned in most or all cases. Homesteading is one of the foundations of Rothbardian anarcho-capitalism.

Marxist feminism is feminism focused on investigating and explaining the ways in which women are oppressed through systems of capitalism and private property. According to Marxist feminists, women's liberation can only be achieved through a radical restructuring of the current capitalist economy, in which, they contend, much of women's labor is uncompensated.

Material feminism highlights capitalism and patriarchy as central in understanding women's oppression. Under materialist feminism, gender is seen as a social construct, and society forces gender roles, such as bearing children, onto women. Materialist feminism's ideal vision is a society in which women are treated socially and economically the same as men. The theory centers on social change rather than seeking transformation within the capitalist system. Jennifer Wicke, defines materialist feminism as "a feminism that insists on examining the material conditions under which social arrangements, including those of gender hierarchy, develop... materialist feminism avoids seeing this gender hierarchy as the effect of a singular... patriarchy and instead gauges the web of social and psychic relations that make up a material, historical moment". She states that "...materialist feminism argues that material conditions of all sorts play a vital role in the social production of gender and assays the different ways in which women collaborate and participate in these productions". Material feminism also considers how women and men of various races and ethnicities are kept in their lower economic status due to an imbalance of power that privileges those who already have privilege, thereby protecting the status quo. Materialist feminists ask whether people have access to free education, if they can pursue careers, have access or opportunity to become wealthy, and if not, what economic or social constraints are preventing them from doing so, and how this can be changed.

Entitlement theory is a theory of distributive justice and private property created by Robert Nozick in his book Anarchy, State, and Utopia. The theory is Nozick's attempt to describe "justice in holdings" —or what can be said about and done with the property people own when viewed from a principle of justice.

The proletariat is the class of wage-earners in an economic society whose only possession of significant material value is their labour-power. A member of such a class is a proletarian.