Riparian water rights (or simply riparian rights) is a system for allocating water among those who possess land along its path. It has its origins in English common law. Riparian water rights exist in many jurisdictions with a common law heritage, such as Canada, Australia, and states in the eastern United States.

Common land ownership can be organized into a partition unit, a corporation consisting of the landowners on the shore that formally owns the water area and determines its use.

Under the riparian principle, all landowners whose properties adjoin a body of water have the right to make reasonable use of it as it flows through or over their properties. If there is not enough water to satisfy all users, allotments are generally fixed in proportion to frontage on the water source. These rights cannot be sold or transferred other than with the adjoining land and only in reasonable quantities associated with that land. The water cannot be transferred out of the watershed without due consideration as to the rights of the downstream riparian landowners.

The Environment Agency lists the riparian rights and duties in England and Wales. [2]

Duties arising from the model include the following:

The United States recognizes two types of water rights. Although use and overlap varies over time and by state, the western arid states generally follow the doctrine of prior appropriation,also known as first-come, first-served, but water rights for the eastern states follow riparian law.

Under riparian law, water is a public good like the air, sunlight, or wildlife. It is not "owned" by the government, state or private individual but is rather included as part of the land over which it falls from the sky or then travels along the surface.

In determining the contours of riparian rights, there is a clear distinction between navigable (public) waters and non-navigable waters. The land below navigable waters is the property of state, [3] and subject to all the public land laws and in most states public trust rights. Navigable waters are treated as public highways with any exclusive riparian right ending at the ordinary high water mark. Like a road, any riparian right is subordinate to the public's right to travel on the river, but any public right is subject to nuisance laws and the police power of the state. It is not an individual right or liberty interest. Because a finding of navigability establishes state versus federal property, navigability for purposes of riverbed title is a federal question determined under federal law. The states retain the power of defining the scope of the public trust over navigable waters. [4] A non-navigable stream is synonymous with private property, or jointly-owned property if it serves as a boundary.

The state could choose to divest itself of title to the streambed, but the waters and use of the waters remains subject to the Commerce Clause of the United States Constitution which holds an easement or servitude, benefiting the federal government for the purpose of regulating commerce on navigable bodies of water. [5]

The reasonable use of the water by a riparian owner is subject to the downstream riparian owners 'riparian right' to receive waters undiminished in flow and quality. Since all surface waters eventually flow to the public ocean, federal regulatory authority under the Clean Waters Act, like the Clean Air Act, extends beyond only public (navigable) waters to prevent downstream pollution.

Federal courts have long recognized that state laws establish the extent of the riparian and public right. In the case of navigable waters, title goes to the average low water mark. The Pennsylvania Supreme Court defined it as the "ordinary low water mark, unaffected by drought; that is, the height of the water at ordinary stages." [6] Land below the low water mark on navigable rivers belongs to the state government in the case of the 13 original states.

Lands between the high and low water marks on navigable rivers are subject to the police powers of the states. [7] In the case of the original 13 states, upon ratification of the US Constitution, title to these submerged lands remained vested in the several states similar to the public or common roads.

As new lands were acquired by the United States, either by purchase or treaty, title to the highways and the beds of all navigable, or tidal, water bodies became vested in the United States unless they had been validly conveyed into private ownership by the former sovereign. [8] During the territorial period, the United States held these title "in trust" for the benefit of the future states that would be carved out of the territory. [9] Each of the states were to come into the Union on an "equal footing" with the original 13 states. Under the equal footing doctrine, territorial states are vested with the same sovereign title rights to navigable submerged lands as the original 13 states. [10] However, during the territorial period, the United States could convey certain of these lands under the limited circumstances of promoting commerce. [11]

Ownership of lands submerged by navigable waters was resolved by Congress passing the Submerged Lands Act, [12] which confirmed state title to the beds of all tidal and navigable bodies of water. While the act conveyed land title to the states, non-navigable stream beds remained treated like dry lands and contiguous to the adjoining estates. Waters subject to the ebb and flow of the tides, even if non-navigable, also passed to the states, but the continued ownership and public use of these tidal/marsh lands are based on state laws.

Jizya or Jizyah is a per capita yearly taxation historically levied in the form of financial charge on permanent non-Muslim subjects (dhimmi) of a state governed by Islamic law. Muslim jurists required adult, free, sane males among the dhimma community to pay the jizya, while exempting women, children, elders, handicapped, the ill, the insane, monks, hermits, slaves, and musta'mins—non-Muslim foreigners who only temporarily reside in Muslim lands. Dhimmis who chose to join military service were also exempted from payment, as were those who could not afford to pay. 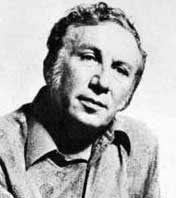 Nizar Tawfiq Qabbani was a Syrian diplomat, poet, writer and publisher. His poetic style combines simplicity and elegance in exploring themes of love, eroticism, feminism, religion, and Arab nationalism. Qabbani is one of the most revered contemporary poets in the Arab world, and is considered to be Syria's National Poet.

Fatma Ahmed Kamal Shaker, better known by her stage name Shadia, was an Egyptian actress and singer. She was famous for her roles in light comedies and drama in the 1950s and 1960s. She is one of the iconic actresses and singers in Egypt and the middle east region and a symbol of the golden age of Egyptian Cinema. Her movies and songs are greatly influential in the Egyptian and the Arabic cultures. Critics consider her the most important and successful comprehensive Egyptian and Arabic artist of all time. Her first appearance in a film was in Azhar wa Ashwak, and her last film was La Tas'alni Man Ana. She is also known for her patriotic song "Ya Habibti Ya Masr" and her breakthrough leading role in the Egyptian movie "Al Maraa Al Maghoula". Six of her movies are listed in the top 100 Egyptian movies of the 20th century. In April 2015, she became the first actress to be awarded an honorary doctorate by the Academy of Arts (Egypt). She was given the nickname "Idol of the Masses" following her successful movie "Maaboudat El Gamaheer". Other notable nicknames include "The Guitar of the Arabic Singing" and "The Golden Guitar".

Abū al-ʻAbbās Ahmad ibn Muhammad at-Tijāniyy or Ahmed Tijani (Arabic: أحمد التجاني‎, 1735–1815, was the Berber founder of the Tijaniyyah tariqa. in Aïn Madhi in Algeria, and died in Fez, Morocco, at the age of 80.

The month of Ramadan, also spelled Ramadhan or Ramazan, is the ninth month of the Islamic calendar, and the month in which the Quran was revealed to the Islamic prophet Muhammad.

Tayy al-Arḍ is the name for thaumaturgical teleportation in the mystical form of Islamic religious and philosophical tradition. The concept has been expressed as "traversing the earth without moving"; some have termed it "moving by the earth being displaced under one's feet". It is a concept widely familiar to the Shī‘īs and Sufis, each group having a different interpretation on it.

According to al-Tabari in his History of the Prophets and Kings, Muhammad decided after the Treaty of Hudaybiyyah to send letters to many rulers of the world, inviting them to Islam.

Lebanese singer Nancy Ajram has released 8 video albums and 40 music videos, appeared in numerous television programs and 24 television commercials. In 1998, Ajram signed a recording contract with EMI and released her debut single "Mihtagalak", taken from her first studio album Mihtagalak (1998). It was directed by Lebanese director Elie Feghali. Like the debut album, only one music video was directed for her second album, Sheel Oyoonak Anni. Ajram generated much attention in 2003 following the release of the music video for "Akhasmak Ah", her third studio album Ya Salam's lead single, which was found controversial owing to the depiction of overtly sexual activities. However, she later received praise in mid-2003 for the visual for the album's second single and title track "Ya Salam", which received a Murex d'Or Award for its positive portrayal of a star with a sad life inspired from the 1960s. The video was directed by Nadine Labaki as a second collaboration with Ajram.

"What do I say" is a famous poem written by the Syrian poet Hasan Alkhayer in 1979. He had criticized both the austere regime and the militant terrorists who together had crippled life in Syria in the late 1970s and early 1980s. He was later kidnapped and killed, in 1980.

Elsa Zgheib is a Lebanese actress, born on February 1, 1981 in Amsheet, Lebanon.

Khamis El sakara is a Lebanese holiday. The name is from Lebanese Arabic. It is celebrated on the last Thursday before the first day of Lent, when Lebanese Catholics gather and indulge in alcoholic beverages. 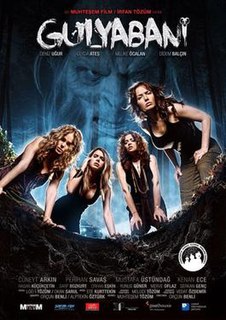 The Verse of Loan is verse 282 in chapter Al-Baqara. This verse is the longest verse at the longest chapter in Quran. The concept of borrowing was explained in the verse.

Tariq Abdul Haleem is an Egyptian Islamist cleric residing in Canada in Ontario's city of Mississauga and head of the Dar al-Arqam institution there. Tariq Abdul Haleem, along with Abu Qatada, Abu Muhammad al-Maqdisi, and Hani al-Sibai was praised by Ayman al-Zawahiri, the leader of Al-Qaeda. He was born on September 1, 1948, in the al-Jami' ul-Isma'ili area of Cairo. His father was a former head of Tax cassation and a lawyer named Abdul Hafeedh Ahmad from a family of Upper Egypt origins in Qena Governorate. His maternal great grandfather was a native of the Beheira Governorate called Saleem bin Abi Firaj al Bishri, who was a Shaykh al-Islām. His maternal grandfather was Abdul Azeez al Bishri, a memorizer of Hadith, and his mother was Zaynab Abdul Azeez Saleem al-Bishri.

Sara Abi Kanaan is a Lebanese actress. She began her acting career at the age of 11 in the Lebanese series “Bent El Hay”.

Anqa, also spelled 'Anqa' , or Anka, or Anqa Mughrib or Anqa al-Mughrib is a large mysterious or fabulous female bird in Arabian mythology. She is said to fly far away and only appear once in ages. However, it is also said that she can be found at "the place of the setting of the sun".

Bekaa II is an electoral district in Lebanon, as per the 2017 vote law. The district elects 6 members of the Lebanese National Assembly - 2 Sunni, 1 Druze, 1 Greek Orthodox, 1 Maronite, 1 Shia. It covers the West Bekaa and the Rashaya districts.

es-Saada was an arabophone weekly newspaper published in Morocco that served as the mouthpiece of the French government. The newspaper was financed by France, originally printed at the French Legation in Tangier, and used as a tool with which to spread French ideas among Moroccans. It reached all cities of Greater Morocco. Its content has been described as distinctively colonial and disruptive of public opinion in Morocco.