Forge Valley School is a secondary school and sixth form located in Sheffield South Yorkshire England. It replaced Myers Grove School and Wisewood School & Community Sports College. [1] [2] The Headteacher is Dale Barrowclough. The school has its own sports centre which is used by the school and community. The school converted to Academy status in September 2014, sponsored by the Tapton School Academy Trust.

In May 2013 it was reported by local newspaper Sheffield Star that the school had been placed under special measures by Ofsted after being deemed 'inadequate'. [3] The report, which was based on an inspection in March 2013, rated the school Grade 4 overall and in all areas, the lowest possible value in a scale from 1 to 4. [4] Head teacher Diane McKinlay responded with disappointment to the report by stating that Forge Valley was a new school "which is still developing and improving" results. [3] In October 2013 McKinklay resigned her post – David Bowes took over as Head.[ citation needed ]

In September 2016, a 41-year-old teacher at the school, Lynsey Haycock, died from medical complications after breaking her leg in a fall while putting up a classroom display. [5]

The Office for Standards in Education, Children's Services and Skills (Ofsted) is a non-ministerial department of the UK government, reporting to Parliament. Ofsted is responsible for inspecting a range of educational institutions, including state schools and some independent schools. It also inspects childcare, adoption and fostering agencies and initial teacher training, and regulates a range of early years and children’s social care services.

King's College Guildford is an academy comprising a secondary school in Guildford, Surrey, England. The academy has around 450 pupils.

The Nelson Thomlinson School is a comprehensive secondary school located in the market town of Wigton, Cumbria, England. The school's motto is the Latin phrase Fide et Operis, "Faith and Works". The position of Headteacher has been occupied by David Samuel Northwood since September 2012, after the former head, Janet Downes, retired at the end of the previous academic year.

Outwood Academy Valley is a mixed secondary school with academy status, located in Worksop, United Kingdom. It had an enrollment of 1,550 pupils in 2017, with a comprehensive admissions policy.

Myers Grove School was a secondary school (11–16) in the north-west of Sheffield, South Yorkshire, England. The school was bidding to become a businesses and enterprise college. It has now merged with Wisewood School & Community Sports College to become Forge Valley Community School, opened in September 2011.

Amery Hill School is a coeducational secondary school with academy status set on a hill above the market town of Alton, Hampshire, England. Its head teacher is Stephen Mann.

Thornden School is a secondary school with academy status in Chandler's Ford, Hampshire. It is an 11-16, mixed specialist Arts College with Science as the second specialism. There are 1400 pupils on roll and 11 tutor groups of around 300 pupils in each year. The head teacher is Su Whelan, who in 2016 succeeded Robert Sykes (CBE) who had held the position for over 20 years.

Ebor Academy Filey is a secondary school located in Filey, North Yorkshire, England. It is the only secondary school in Filey, and it also covers surrounding villages, with a significant intake from Hunmanby. The school is under the Enhanced Mainstream School (EMS) umbrella created by North Yorkshire County Council, which means the school is specialised in Special Educational Needs students. As of September it will be the Ebor Academy Filey. It is run by Terry Cartmail. The previous head teachers were Andrew Galbraith and Sue Morgan.

Theale Green School is a coeducational secondary school and sixth form with academy status, located in the village of Theale, Berkshire, England.

Bournville School is a secondary school and primary school with academy status, for students aged 4–16, in Bournville, Birmingham in the United Kingdom.

Outwood Academy Easingwold is a mixed 11–18 secondary school with academy status in Easingwold, North Yorkshire, England. It had 915 pupils in 2017, including an on-site sixth form. 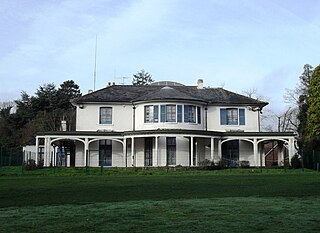 Outwood Academy Acklam is a comprehensive secondary school with academy status, located in the Acklam area of Middlesbrough, England. It has a mixed intake of both boy and girls, ages 11–16, with over 1000 pupils on roll as of 2018.