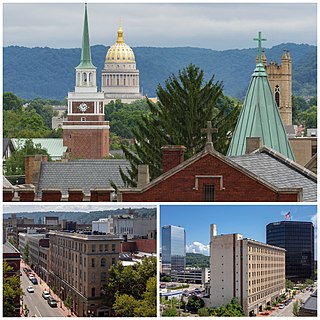 Charleston is the capital and most populous city of the U.S. state of West Virginia. Located at the confluence of the Elk and Kanawha rivers, the city had a population of 51,400 at the 2010 census and an estimated population of 46,536 in 2019. The Charleston metropolitan area as a whole had an estimated 208,089 residents in 2019. Charleston is the center of government, commerce, and industry for Kanawha County, of which it is the county seat. 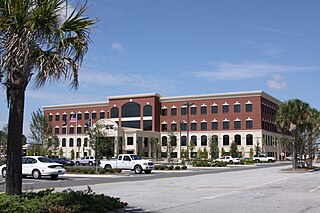 WCIV, virtual channel 36, is a dual MyNetworkTV/ABC-affiliated television station licensed to Charleston, South Carolina, United States and serving the Lowcountry area. The station is owned by the Sinclair Broadcast Group, which also operates Fox affiliate WTAT-TV under a local marketing agreement (LMA) with owner Cunningham Broadcasting. However, Sinclair effectively owns WTAT-TV as the majority of Cunningham's stock is owned by the family of deceased group founder Julian Smith. 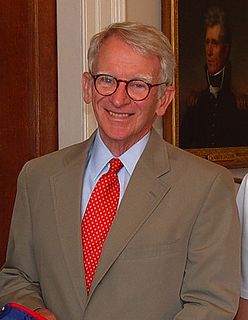 Joseph Patrick Riley Jr. is an American politician who was the Mayor of Charleston, South Carolina. He was one of the longest serving mayors in the United States that is still living, having served 10 terms starting on December 15, 1975, and ending on January 11, 2016.

John Mark Slack Jr. was an American politician from West Virginia. He was a Democrat.

William Bryant Cooper (1867–1959) was the 14th Lieutenant Governor of North Carolina from 1921 to 1925 serving under Governor Cameron Morrison.

George Cunningham may refer to: 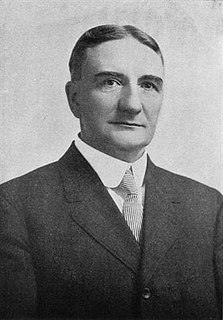 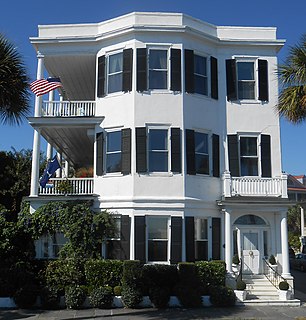 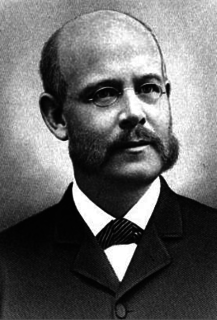 Gilbert Pillsbury was the Reconstruction mayor of Charleston, South Carolina, serving one term from 1868 to 1871. He ran against William Patton and Chancellor Lesesne. Because of election challenges, he was installed as mayor only in May 1869. He was renominated for a second term in 1871, but he lost to Johann Andreas Wagener.

The Woman's Club of El Paso was founded in the late nineteenth century, and during that time was the only woman's organization in El Paso, Texas. The Woman's Club also allowed women in El Paso to become involved in community service and activism. The building which is the home for the club is located on 1400 N. Mesa Drive, and was erected in 1916. The club, now a non-profit organization, traces its official origins back to 1894, and continues to provide an "educational and cultural center for its members." The building is registered in the National Register of Historic Places.

The Battle of Stanaford was an armed raid against striking miners in the village of Stanaford, West Virginia, United States. It was the final episode of the 1902 New River Coal Strike. 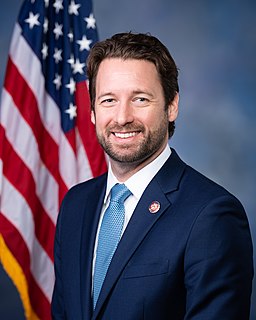 Joseph Kendrick Cunningham is an American politician, lawyer, and former engineer who served as the U.S. Representative from South Carolina's 1st congressional district from 2019 to 2021. The district includes much of South Carolina's share of the Atlantic Coast, from Charleston to Hilton Head Island.