New France was the area colonized by France in North America during a period beginning with the exploration of the Gulf of Saint Lawrence by Jacques Cartier in 1534 and ending with the cession of New France to Great Britain and Spain in 1763 under the Treaty of Paris (1763).

The Governor of New France was the viceroy of the King of France in North America. A French noble, he was appointed to govern the colonies of New France, which included Canada, Acadia and Louisiana. The residence of the Governor was at the Chateau St-Louis in the capital of Quebec City. Acadia, Louisiana, and the towns of Trois-Rivières and Montreal had their own particular governors. 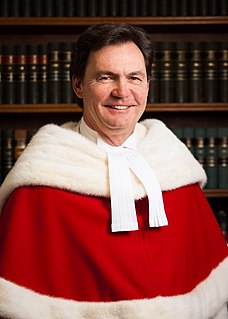 The Chief Justice of Canada is the presiding judge of the nine-member Supreme Court of Canada, the highest judicial body in Canada. As such, the chief justice is the highest-ranking judge of the Canadian court system. The Supreme Court Act grants plenary power to the Governor General to appoint—with the advice of the Prime Minister—a chief justice, who serves until they resign, die, are removed from office for cause, or attain the age of 75 years. By tradition, a new chief justice is chosen from among the Court's incumbent puisne justices.

The Province of Quebec was a colony in North America created by Great Britain after the Seven Years' War which ended by the Battle of the Plain of Abraham. During the war, Great Britain's forces conquered French Canada. As part of terms of the Treaty of Paris peace settlement, France gave up its claim to Canada and negotiated to keep the small but rich sugar island of Guadeloupe instead. By Britain's Royal Proclamation of 1763, Canada was renamed the Province of Quebec. The new British province extended from the coast of Labrador on the Atlantic Ocean, southwest through the Saint Lawrence River Valley to the Great Lakes and beyond to the confluence of the Ohio and Mississippi Rivers. Portions of its southwest were later ceded to the United States in the Treaty of Paris (1783) at the conclusion of the American Revolution although the British maintained a military presence there until 1796. In 1791, the territory north of the Great Lakes was divided into Lower Canada and Upper Canada.

This section of the Timeline of Quebec history concerns the events between the foundation of Quebec and establishment of the Sovereign Council.

The Executive Council of Quebec is the cabinet of the government of Quebec, Canada.

Philippe de Rigaud, Marquis de Vaudreuil was a French politician, who was Governor-General of New France from 1703 to 1725, throughout Queen Anne's War and Father Rale's War. 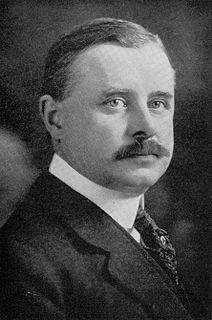 Thibaudeau Rinfret, was a Canadian jurist and the ninth Chief Justice of Canada and Administrator of Canada in 1952.

Canada was a French colony within New France first claimed in the name of the King of France in 1535 during the second voyage of Jacques Cartier. The word "Canada" at this point referred to the territory along the Saint Lawrence River, then known as the Canada river, from Grosse Island in the east to a point between Quebec and Trois-Rivières, although this territory had greatly expanded by 1600. French explorations continued "unto the Countreys of Canada, Hochelaga, and Saguenay" before any permanent settlements were established. Even though a permanent trading post and habitation was established at Tadoussac in 1600, at the confluence of the Saguenay and Saint Lawrence rivers, it was under a trade monopoly and thus not constituted as an official French colonial settlement.

Lise Bacon, is a Canadian Liberal politician. She was appointed Senator, representing the area of De la Durantaye, Quebec, by Governor General Ray Hnatyshyn on 14 September 1994. Her term ended on 25 August 2009. 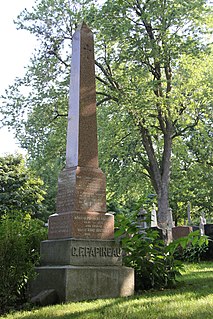 Jean Papineau-Couture, was a Canadian composer and academic. 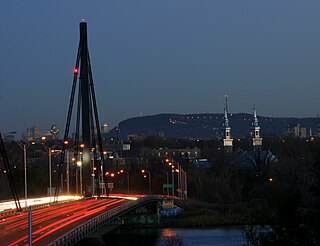 Lieutenant General of New France was the military post that governed early New France from 1598 until 1627. Before 1598, the office was briefly occupied from 1541 to 1543. The office was replaced by the title of Governor of New France in 1627. It was the first vice-regal post in what would later become Canada, and is a precursor of the present-day office of Governor General of Canada, the representative of Queen Elizabeth II, Canada's Queen and Head of State. 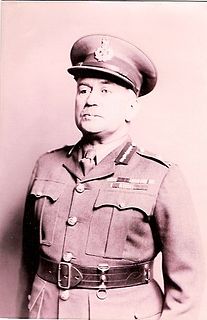 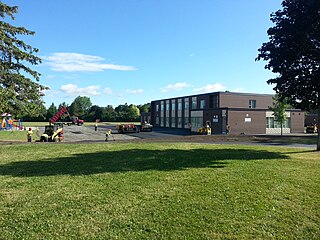 Opened for the 1963-64 school year, General Vanier Public School serves Ottawa's Riverside Park East and South communities. The school was completed in 1963 on what had been the Munro farm. The school accommodated students from kindergarten through grade 6. Grades 7 and 8 were transported by bus from the school to Hopewell Avenue School.