Lowndes County is a county on the eastern border of the U.S. state of Mississippi. As of the 2010 United States Census,the population was 59,779. Its county seat is Columbus. The county is named for U.S. Congressman and slave owner William Jones Lowndes.

Columbus is a home rule-class city in Hickman County,Kentucky,in the United States. The population was 170 at the 2010 census,a decline from 229 in 2000. The city lies at the western end of the state,less than a mile from the Mississippi River. 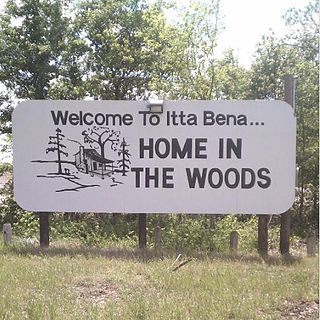 Itta Bena is a city in Leflore County,Mississippi,United States. The population was 2,049 at the 2010 census. The town's name is derived from the Choctaw phrase iti bina,meaning "forest camp". Itta Bena is part of the Greenwood,Mississippi micropolitan area. It developed as a trading center of an area of cotton plantations.

Columbus is a city in and the county seat of Lowndes County,on the eastern border of Mississippi,United States,located primarily east,but also north and northeast of the Tombigbee River,which is also part of the Tennessee-Tombigbee Waterway. It is approximately 146 miles (235 km) northeast of Jackson,92 miles (148 km) north of Meridian,63 miles (101 km) south of Tupelo,60 miles (97 km) northwest of Tuscaloosa,Alabama,and 120 miles (193 km) west of Birmingham,Alabama.

There have been two uses of Columbus and Greenville Railway,both for the same rail line.

Richard Adams Cordray is an American lawyer and politician serving as the COO of Federal Student Aid in the United States Department of Education. He served as the first director of the Consumer Financial Protection Bureau (CFPB) from 2012 to 2017. Before that,Cordray variously served as Ohio's attorney general,solicitor general,and treasurer. He was the Democratic nominee for governor of Ohio in 2018.

Mississippi's 1st congressional district is in the northeast corner of the state. It includes much of the northern portion of the state including Columbus,Oxford,Southaven,and Tupelo. One of the state's major universities,the University of Mississippi,is located within the district at Oxford.

Maulavi Mohammed Abdul Kabir is a senior member of the Taliban leadership and an acting third deputy prime minister,alongside Abdul Ghani Baradar and Abdul Salam Hanafi,of Afghanistan since 4 October 2021. He previously was the acting prime minister of Afghanistan from 16 April 2001 to 13 November 2001.

Mississippi University for Women v. Hogan,458 U.S. 718 (1982),was a landmark decision of the Supreme Court of the United States,decided 5-4,which ruled that the single-sex admissions policy of the Mississippi University for Women violated the Equal Protection Clause of the Fourteenth Amendment to the United States Constitution. 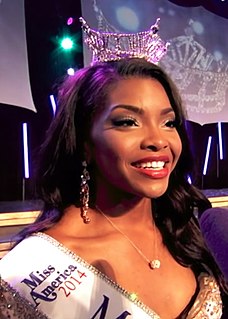 Jasmine S. Murray is an American singer and beauty pageant titleholder from Starkville,Mississippi. She is best known for being a finalist on the eighth season of American Idol where she placed 12th–13th alongside Jorge Núñez. She also competed in the Miss America's Outstanding Teen pageant in 2007. Her musical influences include Christina Aguilera. On July 12,2014,Murray was crowned Miss Mississippi 2014.

9th Indiana Battery Light Artillery was an artillery battery that served in the Union Army during the American Civil War.

Lower.com Field is a soccer-specific stadium in Columbus,Ohio,United States. It serves primarily as the home stadium of the Columbus Crew of Major League Soccer,replacing the club's previous home,the Historic Crew Stadium. The new stadium cost $314 million and is located at the center of the mixed-use Astor Park development adjacent to the Arena District and downtown. It seats 20,371 spectators and includes 30 suites and 1,900 club seats.

Cheikh Taylor is an American politician serving as a member of the Mississippi House of Representatives from the 38th district. Elected in 2016,he assumed office in 2017.

The 2018 Ohio Attorney General election took place on November 6,2018,to elect the attorney general of Ohio.