Craig Scott Bounds (born February 12, 1962) is a Republican member of the Mississippi House of Representatives from the 44th District. He was first elected in 2003 as a Democrat [1] but subsequently switched to Republican affiliation. [2]

He resides in his native Philadelphia in Nesohba County in east central Mississippi.

Scott County is a county located in the southeastern portion of the U.S. state of Missouri. As of the 2010 census, the population was 39,191. Its county seat is Benton. The county was organized in 1821 and named for U.S. Representative John Scott, the first federal representative from Missouri. 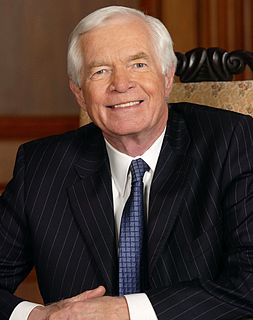 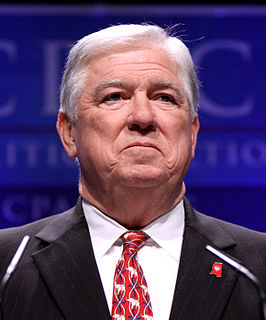 Abram Marshall Scott was a National Republican Mississippi politician born in Edgefield County in the Province of South Carolina. He was an early settler of Wilkinson County, Mississippi and was instrumental in founding the town of Woodville, Mississippi. He held a number of local political offices there before his election to the senate. He served in the state senate in 1822 and 1826–1827. In 1832, he was sworn in as seventh Governor of Mississippi. He served until his death on June 12, 1833 due to a cholera epidemic in Jackson. He is buried in Greenwood Cemetery in Jackson, Mississippi.

Hiram Rhodes Revels was an American politician, minister in the African Methodist Episcopal Church, and a college administrator. Born free in North Carolina, he later lived and worked in Ohio, where he voted before the Civil War. Elected by the Mississippi legislature to the United States Senate as a Republican to represent Mississippi in 1870 and 1871 during the Reconstruction era, he was the first African American to serve in either house of the U.S. Congress.

Larkin Irvin Smith was an American Congressman from Mississippi serving for seven months until he was killed in a plane crash in Perry County, Mississippi in 1989. 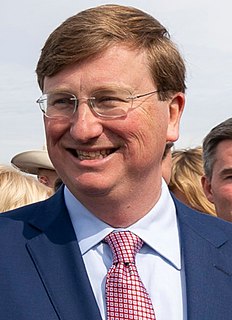 Timothy Eugene Scott is an American politician and businessman serving as the junior United States Senator for South Carolina since 2013. A Republican, Scott was appointed to the U.S. Senate by Governor Nikki Haley in 2013. He retained his seat after winning a special election in 2014 and was elected to a full term in 2016.

Nicholas J. Rusch was a tutor, farmer, member of the Iowa Senate (1858–1860), the Lieutenant Governor of Iowa (1860–1862), Iowa’s Commissioner of Immigration, and a captain in the Union Army during the American Civil War.

The 2014 United States Senate election in Mississippi was held on November 4, 2014 to elect a member of the United States Senate. Incumbent Republican Senator Thad Cochran, first elected in 1978, ran for reelection to a seventh term. Primary elections were held on June 3, 2014. The Republican primary required a runoff between Cochran and Tea Party candidate Chris McDaniel on June 24, 2014. After narrowly winning the runoff, Cochran defeated Democratic nominee Travis Childers, a former congressman, with 60% of the vote.

The 2015 United States gubernatorial elections were held in three states in 2015 as part of the 2015 United States elections. In Kentucky and Mississippi, the elections were held on November 3, and in Louisiana, as no candidate received a majority of votes at the primary election on October 24, 2015, a runoff election was held on November 21. The last regular gubernatorial elections for all three states were in 2011. Democrats won the open seat of term-limited Republican Bobby Jindal in Louisiana, while Republicans reelected incumbent Phil Bryant in Mississippi and picked up the seat of term-limited Democrat Steve Beshear in Kentucky. 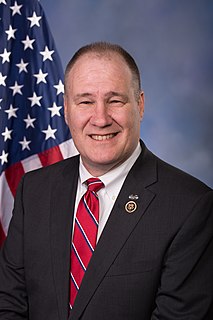 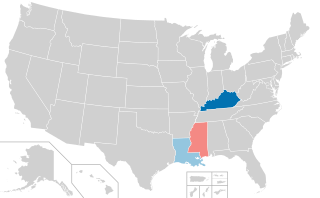 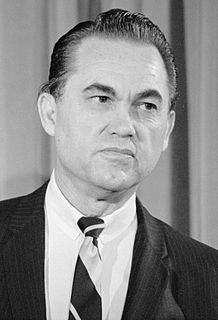 The 1968 United States presidential election in Mississippi was held on November 5, 1968. Mississippi voters chose 7 electors, or representatives to the Electoral College, who voted for President and Vice-President. 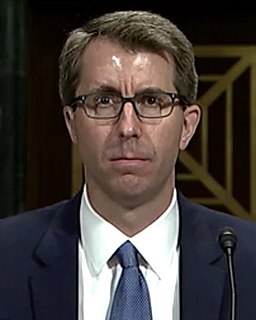 Ryan Wesley Bounds is an American attorney serving as an Assistant United States Attorney for the District of Oregon. Bounds had been a nominee for a position as a United States Circuit Judge of the United States Court of Appeals for the Ninth Circuit.

Shelton Erskine "Buck" Bounds was an American farmer and politician. A member of the Democratic Party, he served two terms on the Philadelphia, Mississippi board of aldermen and one term in the Mississippi House of Representatives. He ran for state senate in 1999 but lost to state Democratic chair Gloria Williamson in the primary. His son, C. Scott Bounds, currently serves in the legislature as a Republican, after he switched parties in 2010.