He was married to the former Amanda Ashley Legg at Centenary United Methodist Church in McComb on September 7,1996. [3] [4] They have two daughters and one son,named Sam VI. [2] [5]

On Tuesday,July 7,2020 Mims,who chairs the House Public Health Committee,announced that he had tested positive for COVID-19. [6] 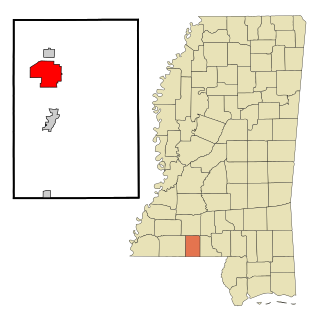 McComb is a city in Pike County,Mississippi,United States,approximately 80 miles (130 km) south of Jackson. As of the 2010 census,the city had a total population of 12,790. It is the principal city of the McComb,Mississippi Micropolitan Statistical Area.

Fielding Lewis Wright was an American politician who served as the 19th Lieutenant Governor and 49th and 50th Governor of Mississippi. During the 1948 presidential election he served as the vice presidential nominee of the States' Rights Democratic Party (Dixiecrats) alongside presidential nominee Strom Thurmond. During his political career he fought to maintain racial segregation,fought with President Harry S. Truman over civil rights legislation,and held other racist views.

Sam's Town Hotel and Gambling Hall is located in Tunica Resorts,Mississippi. Officially known as a riverboat casino because the gaming area is situated on a building built on barges that float in a pool of water linked to the nearby Mississippi River as required by state law,the resort in all other aspects resembles its Nevada sibling,except for the atrium. It includes a 1,600 seat showroom,a 1,070-room hotel,and an RV park.

Roy Clyde Clark was an American bishop of the United Methodist Church,elected in 1980.

Thad "Pie" Vann was an American football and baseball coach. He served as the head football coach at the University of Southern Mississippi—known as Mississippi Southern College prior to 1962—from 1949 to 1968. During his tenure,he compiled a 139–59–2 record and helped transform Mississippi Southern into one of the nation's elite programs. His only losing season came in 1968,after 19 consecutive winning seasons. His 1953 team went 9–2,including a major upset against Alabama. His 1954 team went 6–4 and upset Alabama once again. He was also the head baseball coach at Mississippi Southern from 1948 to 1949,tallying a mark of 21–21. Van died on September 7,1982,at Veterans Administration Hospital in Jackson,Mississippi,following long illness. He was inducted into the College Football Hall of Fame in 1987.

Robert Montgomery Dearing was an American politician,educator,and businessman who served in the Mississippi Senate as a member of the Democratic Party.

Theodore C. Weill was an American politician who served as the presidential nominee of the Reform Party of the United States of America during the 2008 presidential election.

Bess Phipps Dawson was an American painter and gallerist. She was a member of the "Summit Trio" in Summit,Mississippi in the 1960s,and she later owned an art gallery in McComb,Mississippi.

The 1953 Ole Miss Rebels football team represented the University of Mississippi during the 1953 college football season. The Rebels were led by seventh-year head coach Johnny Vaught and played their home games at Hemingway Stadium in Oxford,Mississippi. They competed as members of the Southeastern Conference,finishing in a three-way tie for second with a record of 7–2–1. They were not invited to a bowl game. 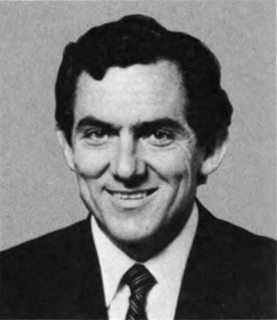 A special election to determine the member of the United States House of Representatives for Mississippi's 4th congressional district was held on June 23,1981,with a runoff held two weeks later on July 6. Democrat Wayne Dowdy defeated Republican Liles Williams in the runoff by 912 votes. Dowdy replaced Republican U.S. Representative Jon Hinson,who resigned from Congress following his arrest for engaging in sodomy.

Frank Tracy Wall was an American dairy farmer and politician who served in the Mississippi House of Representatives. Elected three times from Amite County,he was a member of the local Farm Bureau and white supremacist Citizens' Council.

Ruth Atkinson Holmes was an American painter and philanthropist. She was a member of the "Summit Trio" in Summit,Mississippi in the 1960s.

O.C. McDavid was an American newspaper editor,painter and sculptor. He was the managing editor of the Jackson Daily News from 1969 to 1977. He is the namesake of the annual O.C. McDavid Journalism Conference of the Mississippi Press Association,and his artwork can be seen on the campuses of Mississippi College and Delta State University.

The Inez Hotel,also known as The Inez Apartments,is a historic three-story building in Brookhaven,Mississippi. It was designed in the Romanesque Revival style by Diboll &Owen,and built by T. Hallas &Co. in 1904. The original owner was R. T. Scherck,who started his career by working for his father,an immigrant from Germany,at A. Scherck &Son. Scherck lived at the R.T. Scherck House. He named the hotel for his daughter,Inez Lenore Pass Scherck. The building was acquired by David Gilly in the early 1910s,followed by D.A. Biglane in 1945. Biglane sold it to Clarke College and Mississippi College. In the late 1980s,it was remodelled into a retirement facility by its new owners,Dub Sproles and Paul Jackson. It was acquired by new owners in 2003. 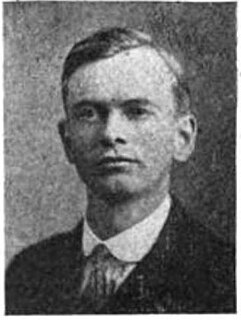 Samuel Cochran Mims,Jr. was a Mississippi state senator,representing the state's 36th district as a Democrat,from 1916 to 1920.

Walker Wood was an American journalist and politician from Mississippi. He was the 30th Secretary of State of Mississippi,serving from 1926 to 1948. 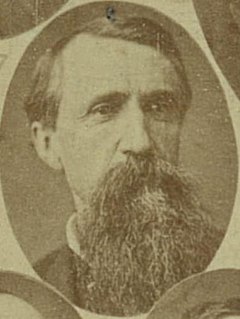 George Morgan Govan was an American military officer and Democratic politician from Mississippi. He was the 27th Secretary of State of Mississippi,serving from 1886 to 1896.

The 2000 Delta State Statesmen football team was an American football team that represented Delta State University (DSU) as a member of the Gulf South Conference (GSC) during the 2000 NCAA Division II football season. In their second year under head coach Steve Campbell,the team compiled a 14–1 record and tied with Valdosta State for the GSC championship. The Statesmen advanced to the NCAA Division II playoffs and defeated Bloomsburg in the championship game.