Loyd B. "Rob" Roberson II (born August 4, 1968) is an American politician. He is a member of the Mississippi House of Representatives from the 43rd district, having been elected in 2015. He was previously a member of the House from the 37th district and ran unsuccessfully for the 15th state senate district in 2003. [1] 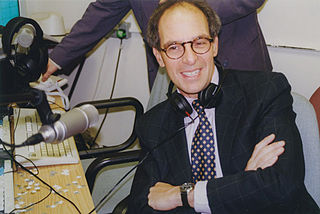 Loyd Daniel Gilman Grossman is an American-British television presenter, gastronome and musician who has mainly worked in the United Kingdom. He was a judge on ITV Food series Food Glorious Food.

Alexander Loyd served one term as mayor of Chicago, Illinois from 1840 until 1841 for the Democratic Party.

LaTavia Marie Roberson is an American singer, songwriter, and actress. Roberson rose to fame in the late 1990s as an original member of the R&B group Destiny's Child, one of the world's best-selling girl groups of all time.

Arthur Thomas Loyd was a Conservative Party politician in England.

East Lockinge is a village in Lockinge civil parish, about 1.5 miles (2.4 km) east of Wantage. It was part of Berkshire until the 1974 local authority boundary changes transferred the Vale of White Horse to Oxfordshire. The village is included within the North Wessex Downs Area of Outstanding Natural Beauty (AONB).

Overton Loyd is an artist best known for creating the cover art for the Parliament album Motor Booty Affair. His style of art varies often from work to work, and can range from loose sketches and paintings to fully fleshed out pieces. He is a friend of George Clinton of Parliament, and most of the subjects for his art are either Clinton or Parliament. 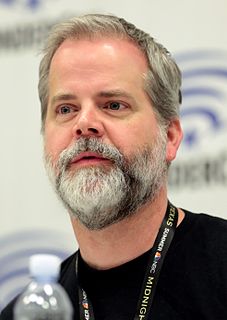 The 2008 congressional elections in Arizona were held on November 4, 2008, to determine who would represent the state of Arizona in the United States House of Representatives, coinciding with the presidential election. Representatives are elected for two-year terms; those elected would serve in the 111th Congress from January 4, 2009, until January 3, 2011.

Kenneth L. "Ken" Roberson is a Republican member of the Florida House of Representatives, representing the 75th District, which is based in Charlotte County, including the communities of Punta Gorda and Port Charlotte from 2012 to 2016, he previously represented the 71st District from 2008 to 2012.

General Sir Henry Charles Loyd,, nicknamed "Budget Loyd", was a senior British Army officer who fought in both the world wars, most notably during the Second World War as General Officer Commanding (GOC) of the 2nd Infantry Division during the Battle of France in May 1940.

Zachary Robert Loyd is an American soccer player who last played for Atlanta United. He also played for FC Dallas in Major League Soccer (MLS) and represented the USMNT.

James Ananich is a politician from the State of Michigan. He is a Democratic Party member of the Michigan State Senate representing the 27th District, which is located in Genesee County and includes the cities Burton, Clio, Flint, Mount Morris and Swartz Creek and the townships of Flint Township, Forest, Genesee, Mount Morris, Richfield, Thetford and Vienna.

Archie Kirkman Loyd KC was a British barrister and twice Member of Parliament for Abingdon.

The Abingdon by-election, 1916, was a parliamentary by-election held for the House of Commons constituency of Abingdon on 29 August 1916.

Jordan Loyd is an American professional basketball player for the Toronto Raptors of the National Basketball Association (NBA), on a two-way contract with the Raptors 905 of the NBA G League. He played college basketball at University of Indianapolis, where he earned a degree in Environmental Sustainability.